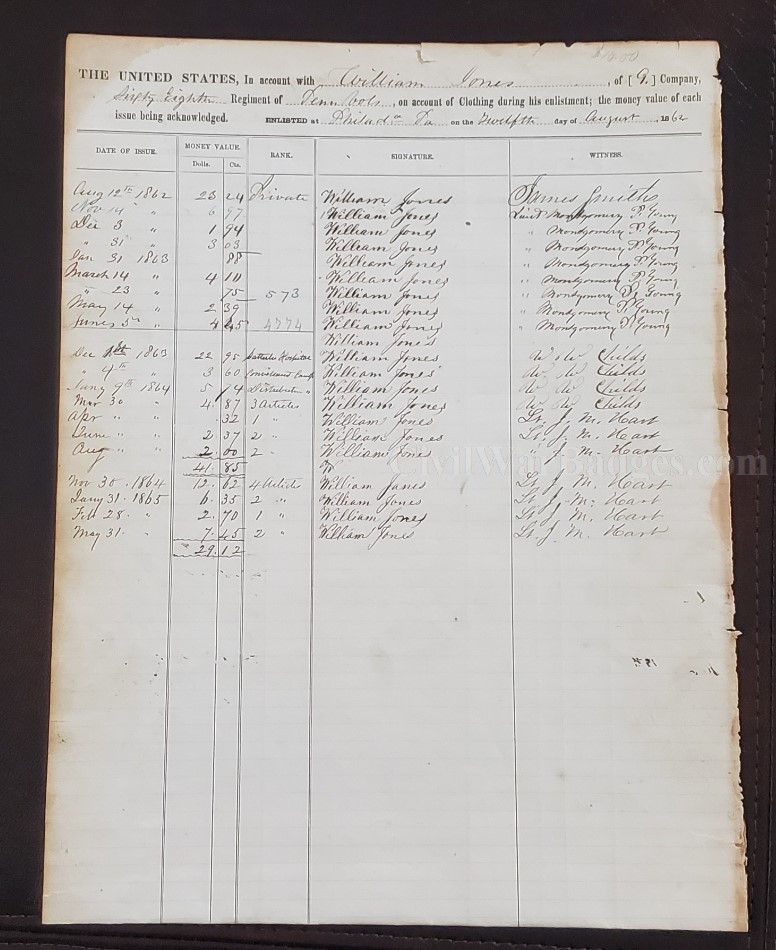 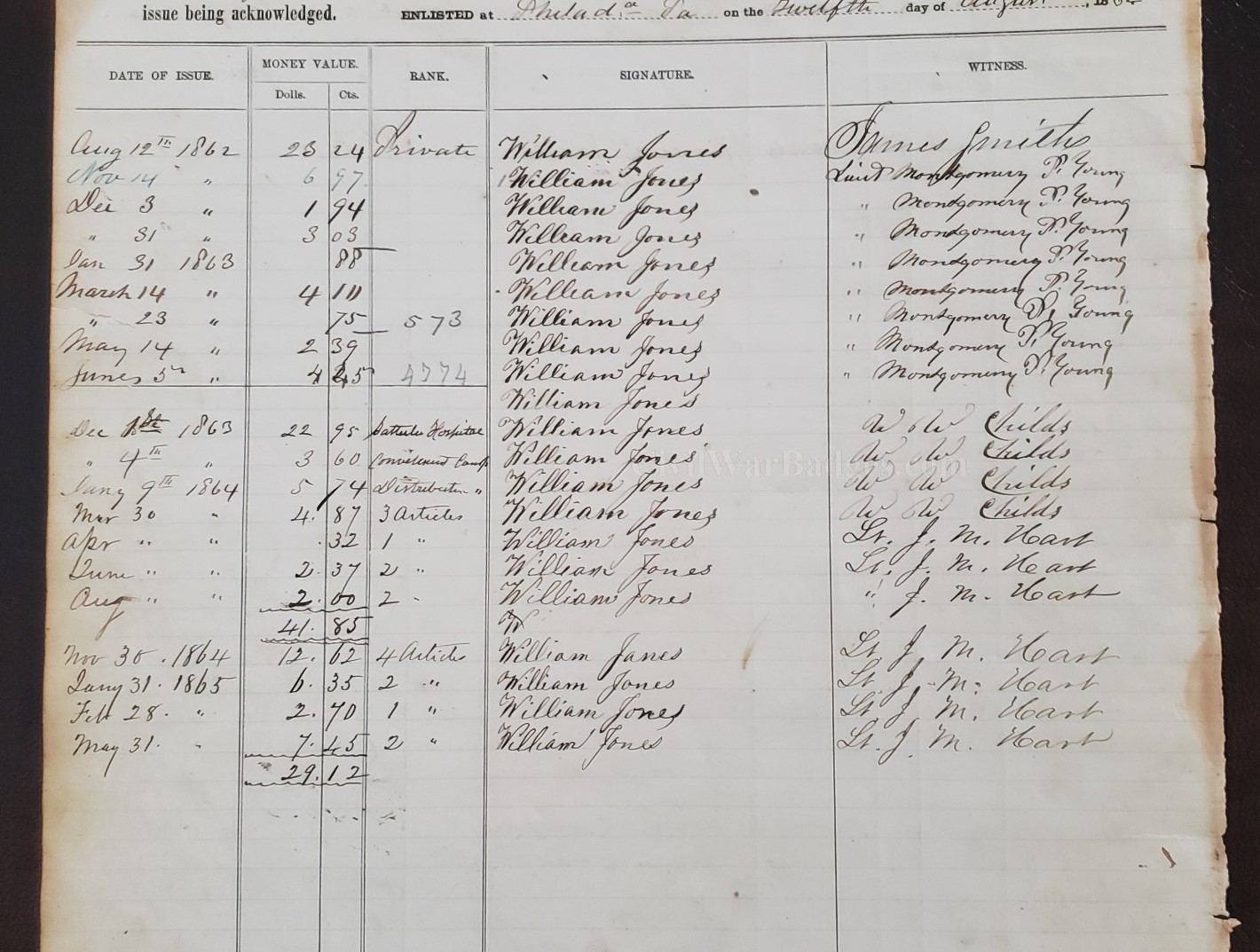 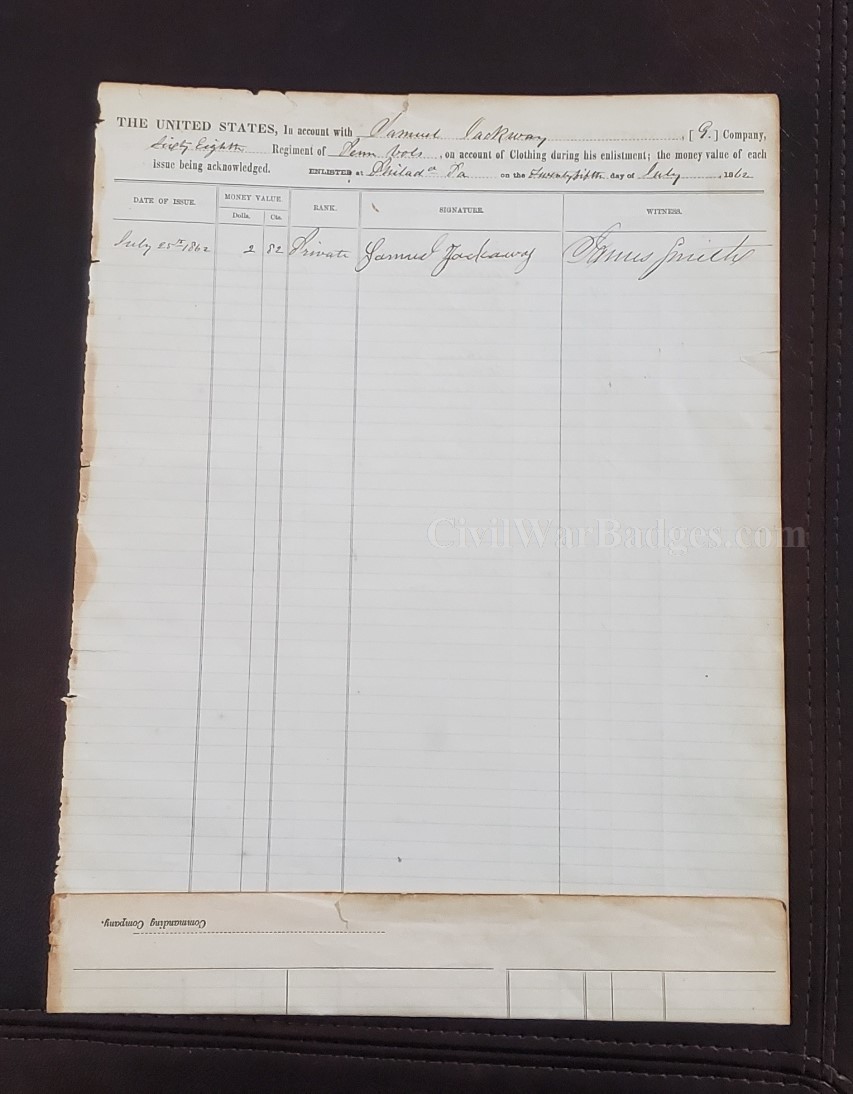 SAMUEL JACKAWAY FOUND ON BACKSIDE OF DOCUMENT
Samuel Jackaway
Residence Philadelphia PA; Enlisted on 8/18/1862 as a Private. On 8/18/1862 he mustered into "A" Co. PA 68th Infantry
He was transferred out on 8/19/1863
On 8/19/1863 he transferred into Veteran Reserve Corps (date and method of discharge not given)


The regiment was heavily engaged at Chancellorsville as a part of the 3rd corps and lost severely. It reached the field of Gettysburg on the evening of the first day; was posted at the Peach Orchard on the second day, and suffered fearful losses in its exposed position. Of the 17 officers present only Col. Tippin and four others escaped injury. It was not actively engaged on the third day. All told the losses of the regiment reached 60 per cent of the whole number in action.