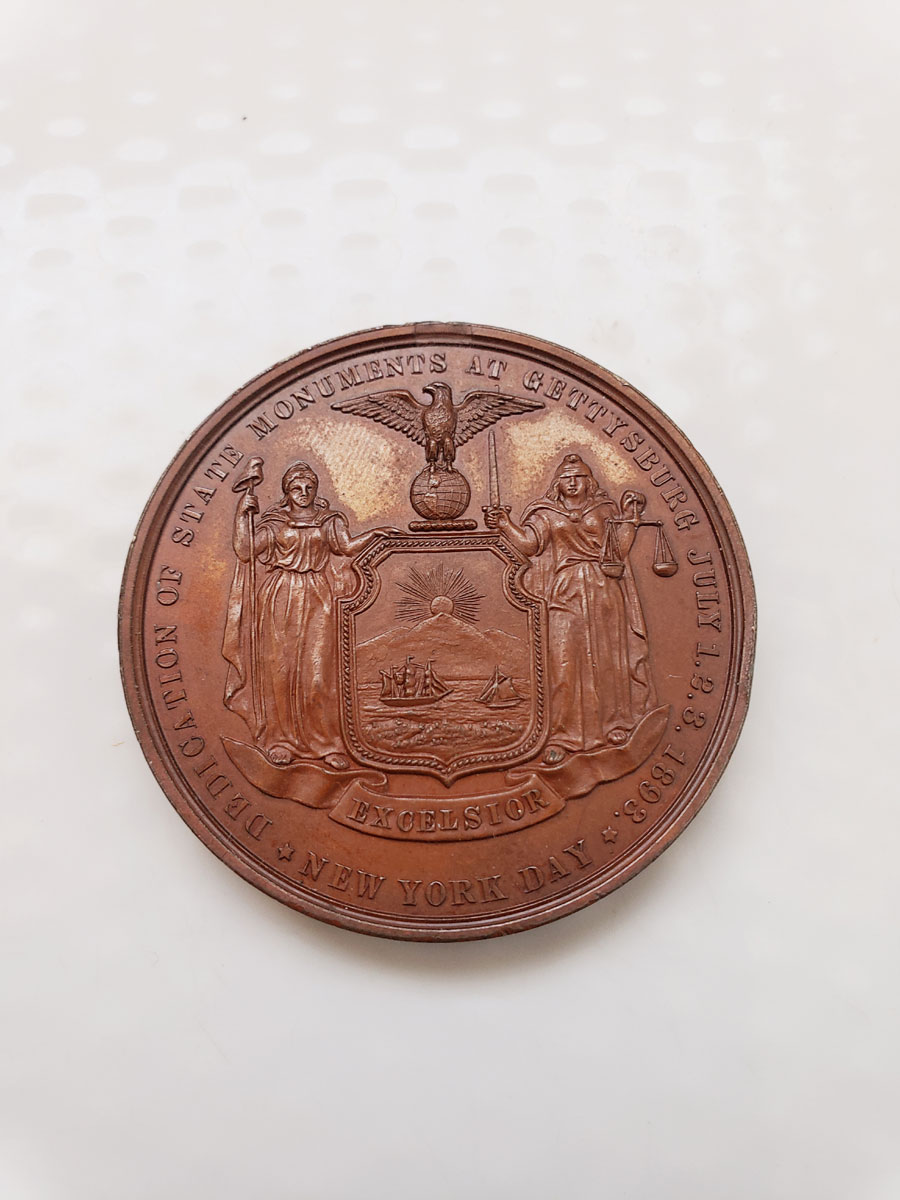 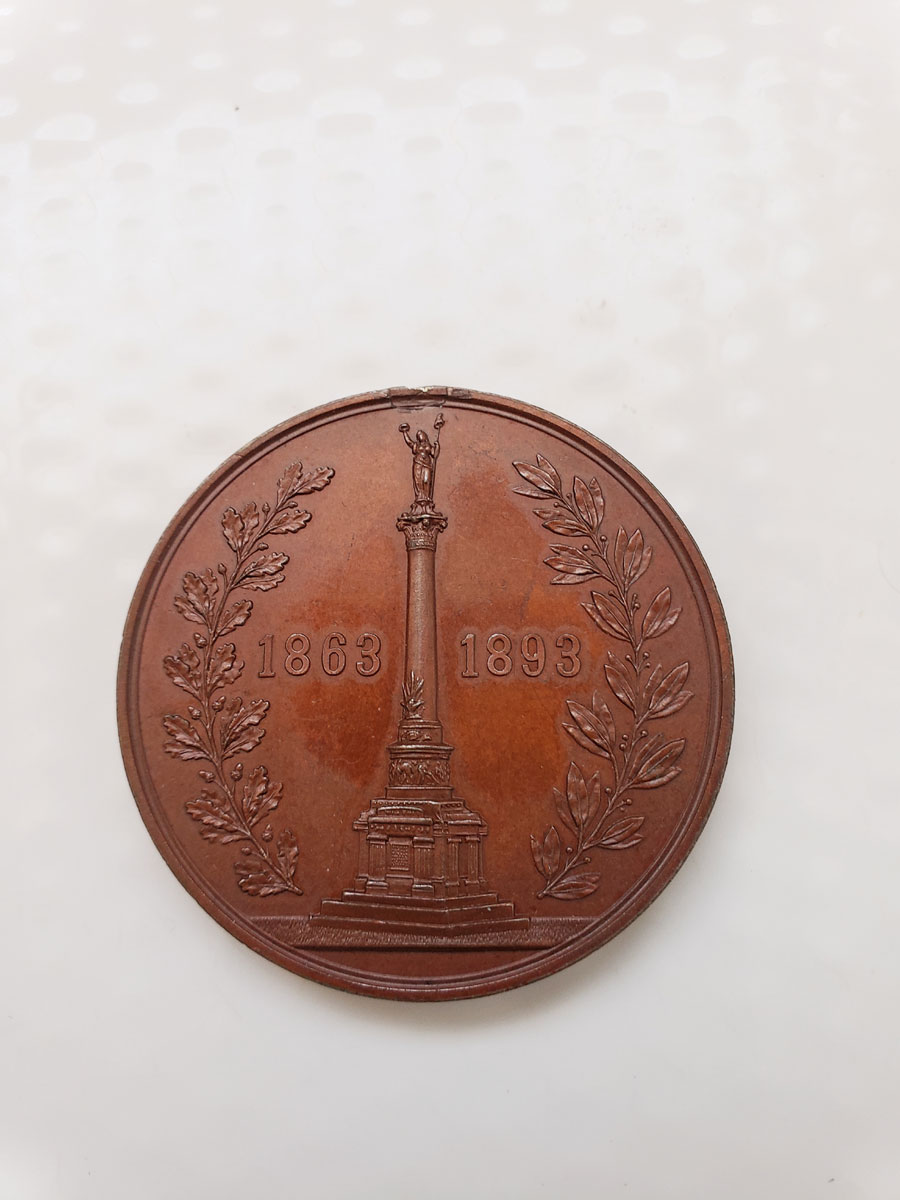 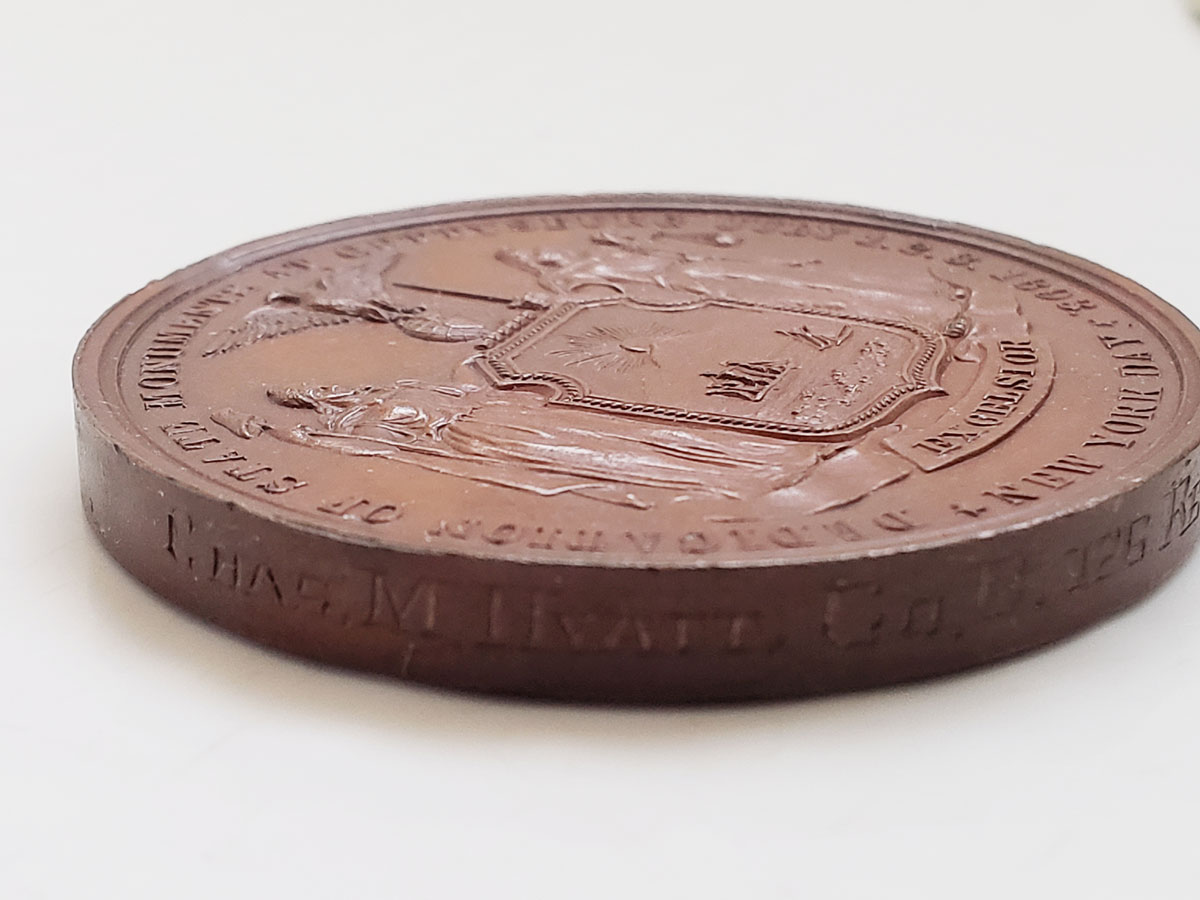 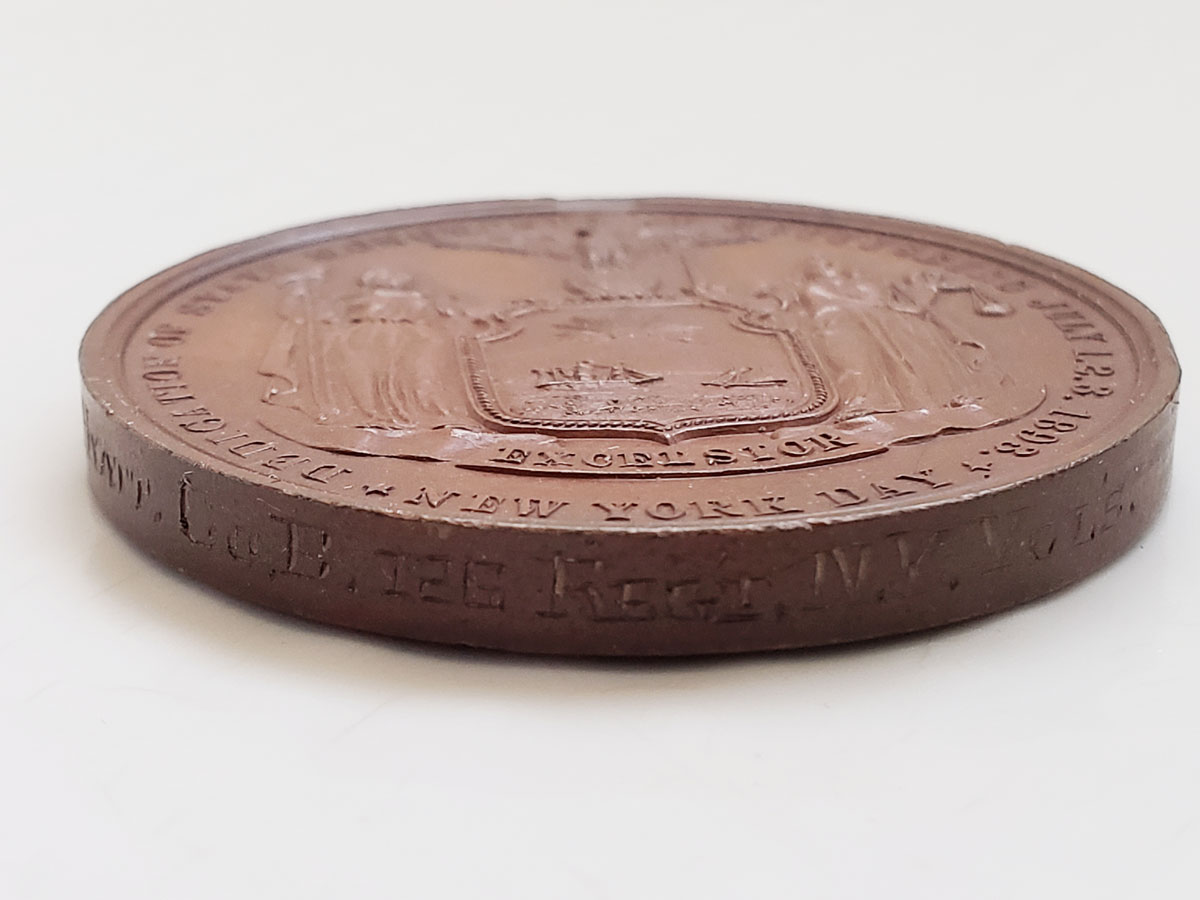 In 1893, on the 30th anniversary of the Battle of Gettysburg, the State of New York supported the return of all surviving veterans of that battle to Gettysburg for the dedication of the New York Monument. Special trains were arranged to take the soldiers from various parts of New York to Gettysburg, and the old soldiers camped on the old battlefield for the 3 days of commemoration, July 1-3, 1893. New York also had Gettysburg Veterans' medals struck, somewhere around 11,000 of them.

It was left up to the veteran whether or not he wanted to personalize the medal with his name and regiment engraved on the edge.


(126TH NYV) The percentage of killed and mortally wounded at Gettysburg amounted to over 15, and the total casualties to 57.4 per cent.