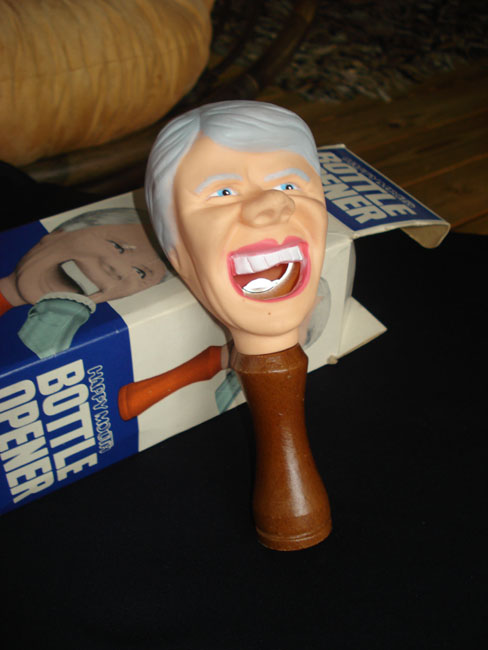 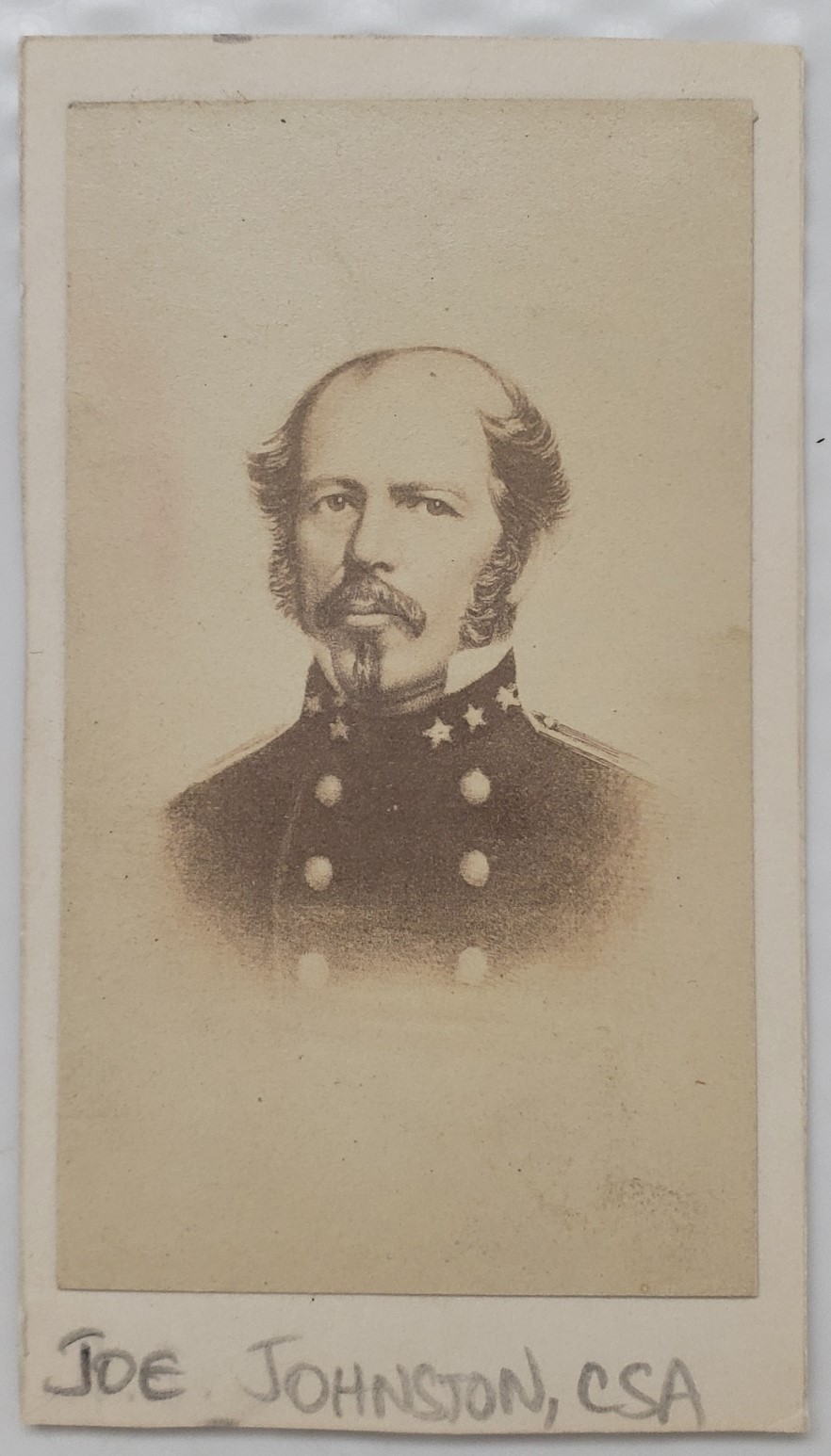 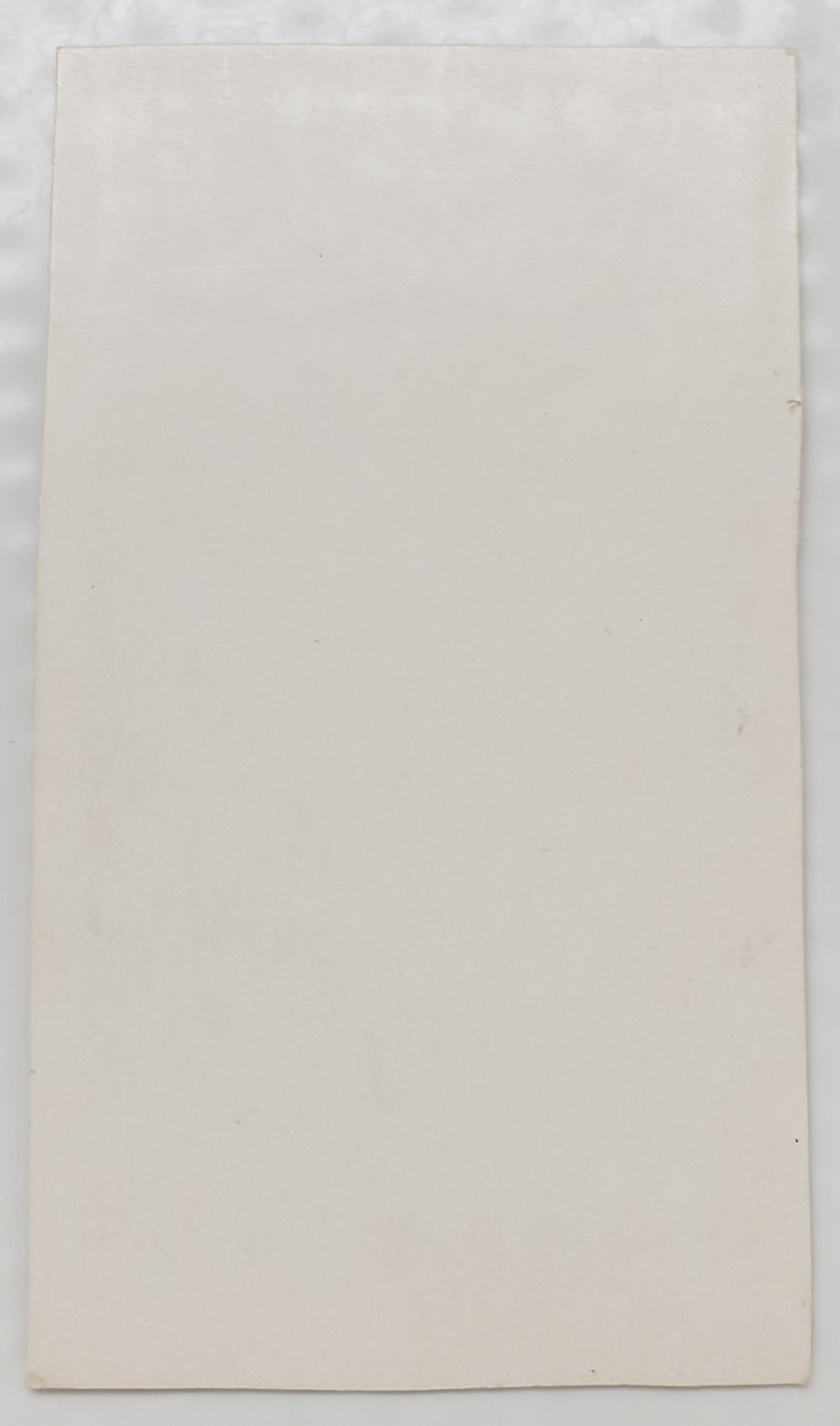 LOOKS TO HAVE BEEN REMOUNTED ~ AUTHENTIC VIEW

GENERAL JOSEPH EGGLESTON JOHNSTON (U.S.M.A. 1829) was born in
Cherry Grove, near Farmville, Virginia, February 3, 1807.  He
served in the Black Hawk, Seminole, and Mexican wars, in the
last of which he was twice severely wounded.  He resigned his
rank of brigadier-general to enter the Confederate service on
April 20, 1861, and was given the rank of general in August.
He was in command at Harper's Ferry after May 24th, and headed
the Army of the Shenandoah.  He brought his troops to Manassas
and superseded Beauregard in the command, at Bull Run, joining
his force to the Army of the Potomac.  In command of the Army
of Northern Virginia, he was severely wounded at Fair Oaks.  In
November, 1862, he was assigned to the head of the Department
of Tennessee, but outside of an attempt to relieve Pemberton at
Vicksburg in May,1863, he saw no active service until he
assumed command of the Army of Tennessee in December, 1863.  He
opposed Sherman during the Atlanta campaign of 1864, being
superseded by General Hood on July 18th.  His strategy was much
criticised at the time, but it is now recognized that he
displayed great ability during the campaign.  In February,
1865, he was again given command of the Army of Tennessee, and
attempted to prevent Sherman's advance through the Carolinas.
Johnston's capitulation was agreed upon near Durham's Station,
North Carolina, April 26, 1865.  He was United States
commissioner of railroads from 1885 to 1889.  He died in
Washington, March 21. 1891.