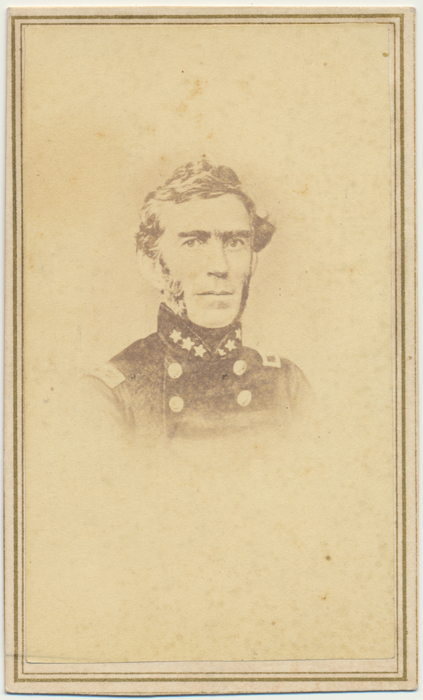 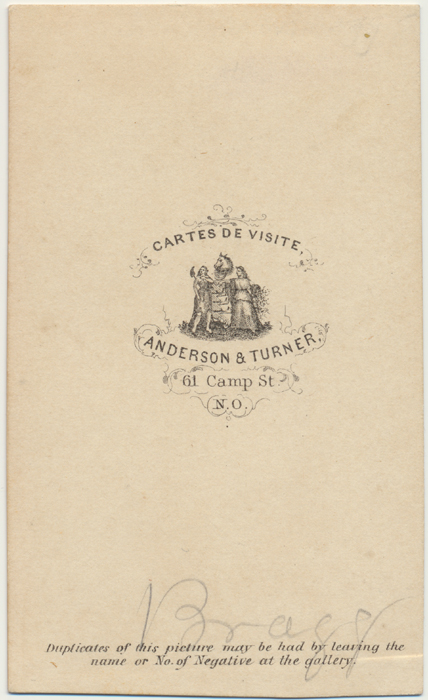 General Braxton Bragg was born in Warren county, North Carolina,
March 22, 1817.  He was graduated fifth in the class of 1837 at
the United States military academy, and received his lieutenancy
in the artillery.  He served mainly in Florida during the Indian
troubles, until 1843, then was in garrison at Fort Moultrie until
1845, when he took part in the occupation of Texas.

In the subsequent war with Mexico he served with distinguished
gallantry, and was brevetted captain for conduct in defense of
Fort Brown, major for valor at Monterey, and lieutenant-colonel
for his special services at Buena Vista.  He became captain,
Third artillery, June, 1846, was on the staff of General Gaines,
and on garrison duty until 1855, when he declined promotion to
major of First cavalry.

He resigned January 3, 1856, and became a planter at Thibodeaux,
Louisiana, serving his State, 1859-61, as commissioner of public
works.  In February, 1861, he was put in command of the army of
Louisiana, and on March 7th was commissioned brigadier-general in
the provisional army of the Confederate States, and assigned to
the command of the troops and defenses at Pensacola, which he
held until January 27, 1862, in the meantime having been promoted
major-general and lieutenant-general and assigned to the command
of the department of Alabama and West Florida.

In March, 1862, he marched his forces to Corinth, whence in
command of the second corps of the army he participated in the
movement against Grant and the battle of Shiloh.  In this famous
combat Albert Sidney Johnston fell, and Beauregard succeeded to
the general command, while Bragg was promoted general and
assigned to the command of the army of the Mississippi, with
Polk, Hardee and Breckinridge as his corps commanders.

When after the evacuation of Corinth the army had retired to
Tupelo, Beauregard, on account of illness, turned over the
command temporarily to Bragg and went to Mobile.  Beauregard was
thereupon relieved and Bragg appointed as his successor.  He was
now in command of the department and all the forces arrayed
against the Federal invasion between the Mississippi river and
Atlanta, except the command of General Kirby Smith, in East
Tennessee.

He planned a campaign into Kentucky before Buell was ready to
oppose him, hoping by a bold offensive movement to arouse the
friends of the Confederate cause in the border States and drive
the enemy beyond the Ohio.  He transferred his troops to
Chattanooga, and set out on his northward movement about the
middle of August, Kirby Smith moving with a separate command in
co-operation.

At Munfordville he captured over 4,000 Federal soldiers, and then
moved his army to Bardstown, and with his staff joined Kirby
Smith at Lexington, where on October 4th, Hon. Richard Hawes was
installed as Confederate provisional governor of Kentucky.  At
Perryville he encountered Buell's army and was victorious at
every point, striking such a severe blow that he was able
subsequently to move without loss to his large trains of captured
stores, back to Knoxville.

Preparing at once for a movement into Middle Tennessee he reached
Murfreesboro November 26, 1862, about the date when General J. E.
Johnston was appointed to the general command of the new
department of the West, including the forces of Smith, Bragg and
Pemberton.

On December 30th-31st he repulsed the advance of Rosecrans' army
upon his position, gaining a notable victory, but on January 2nd
he was himself repulsed in an attack on the Federal left.  He
retreated to Tullahoma, where Johnston was empowered to relieve
him of command if that commander thought best, but the result of
a visit by Johnston was the retention of Bragg in command.

In the latter part of June, 1863, he withdrew to Chattanooga, and
thence in September, on account of the Federal forces appearing
to the south, fell back into Georgia, where near the Tennessee
line the great battle of Chickamauga was fought by the
Confederate army under his command September 19th and 20th.

It resulted in the complete rout of Rosecrans, the command of
George H. Thomas alone holding its ground during the battle.
Subsequently he besieged the beaten Federals at Chattanooga and
sent Longstreet against Knoxville.  When the beleaguered Federals
were on the point of starvation they were heavily reinforced by
Grant, and the Confederates were forced to retire from Missionary
Ridge.

On February 24, 1864, he was assigned to duty at Richmond, under
direction of the President, charged with the conduct of the
military operations of the armies of the Confederate States.  In
November following he was given command of the department of
North Carolina, and in January, 1865, he commanded the army at
Wilmington, and the troops of his department in the final
operations against Sherman including the battle of Bentonville.

After the surrender at Appomattox he accompanied President Davis
through South Carolina and into Georgia, and after peace was
restored, having lost all his property, he became engaged as a
civil engineer at New Orleans, and superintended harbor
improvements at Mobile.

He died at Galveston, Texas, September 27, 1876.  He was an
officer of remarkable industry and conscientiousness, and
unspotted character.  He never praised others nor allowed himself
to be flattered.  His devotion to duty led him to neglect those
amenities of social life which are valuable even in war, and he
suffered in consequence, but no one ever questioned his
patriotism, or his courage.