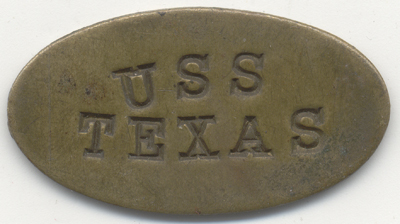 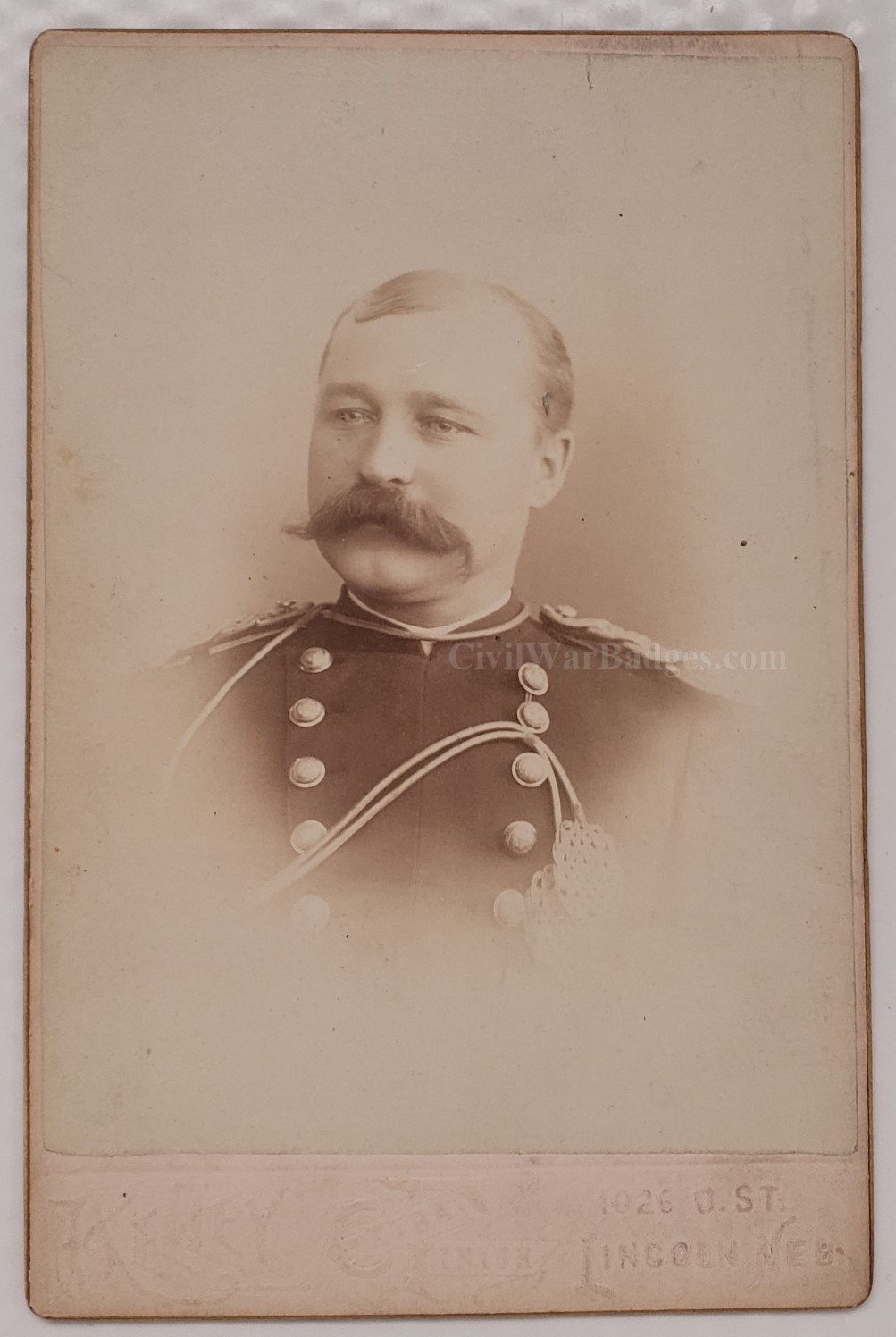 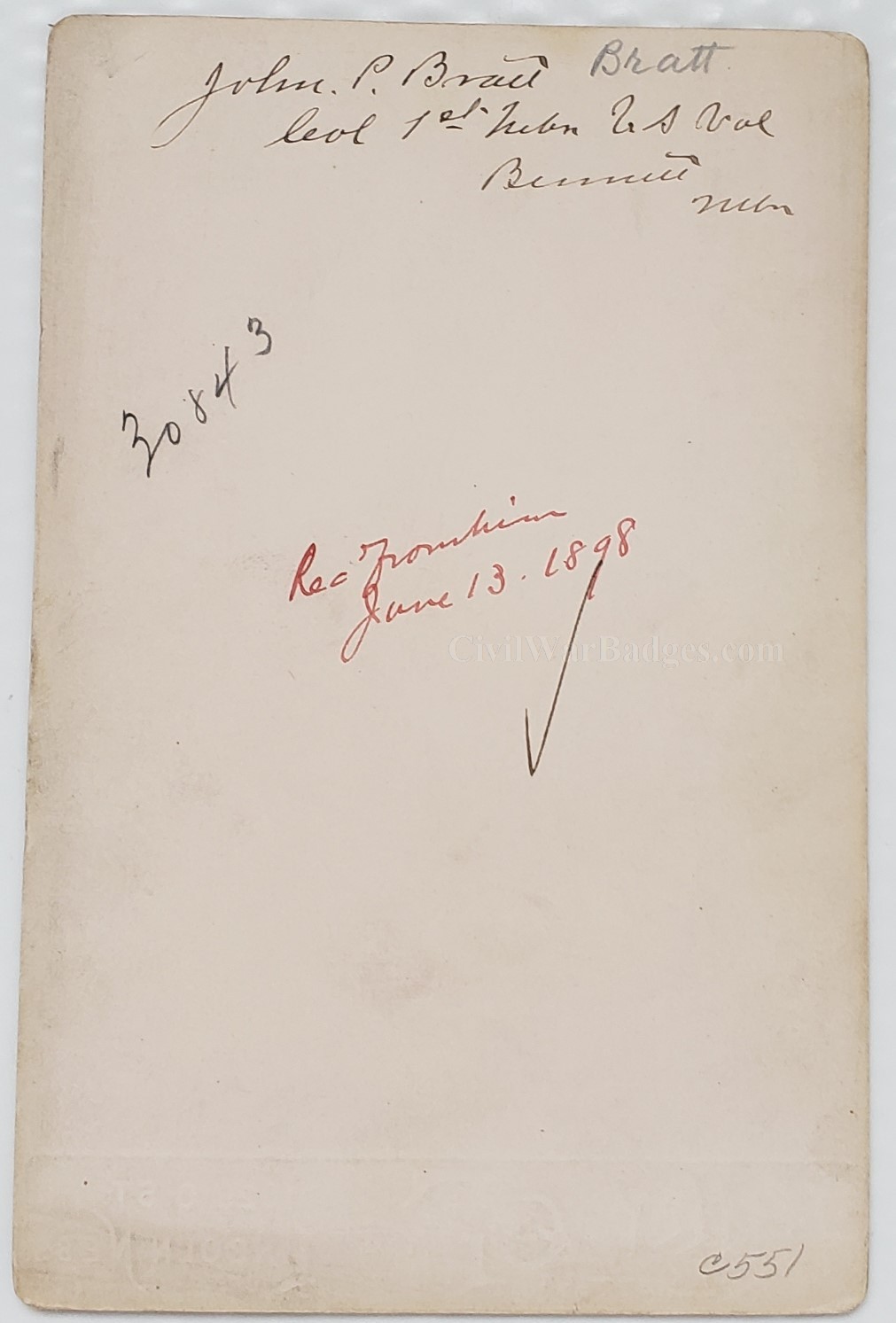 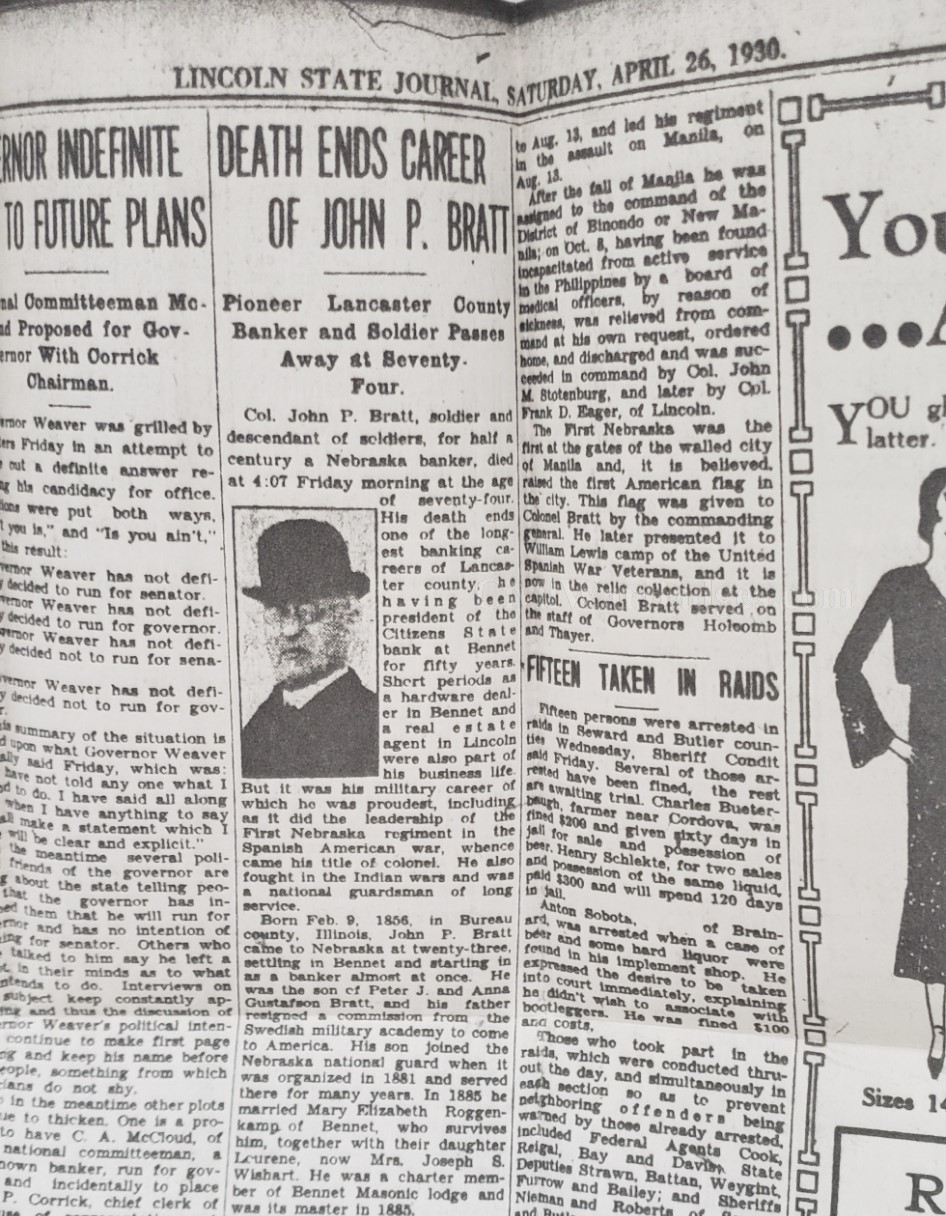 Click on an image to enlarge
CABINET CARD PHOTO

John P. Bratt was born in Bureau County, Illinois, on February 9, 1856. He received his education in the public schools, but little else is known of his early life. In 1880 the family moved to Bennet, Nebraska, where Bratt engaged in the hardware and implement business. He later sold real estate, and was cashier of the Citizen's Bank of Bennet from 1896-1903, and its Vice President until 1927.

In 1881 Bratt joined the newly organized Nebraska National Guard and rose to the rank of Colonel by 1890. When war with Spain broke out in 1898, Bratt was appointed to lead the 1st Nebraska Regiment which embarked for the Philippines in June of that year. The regiment took part in the military operations that resulted in the capture of Manila on August 13, 1898. Col. Bratt commanded the district of Binondo, Manila, until October 1st. On that date, he was ordered back to the United States because of illness, and honorably discharged from military service. John Bratt married Mary E. Roggenkamp of Bennet, Nebraska, on May 5, 1885. The couple was affiliated with the Republican Party. Bratt was a Mason and a member of the Lincoln Commercial Club. He died at his home in Lincoln, Nebraska, on April 25, 1930, at the age of 74.
Shipping Weight: 0.3 lb
$65.00 USD