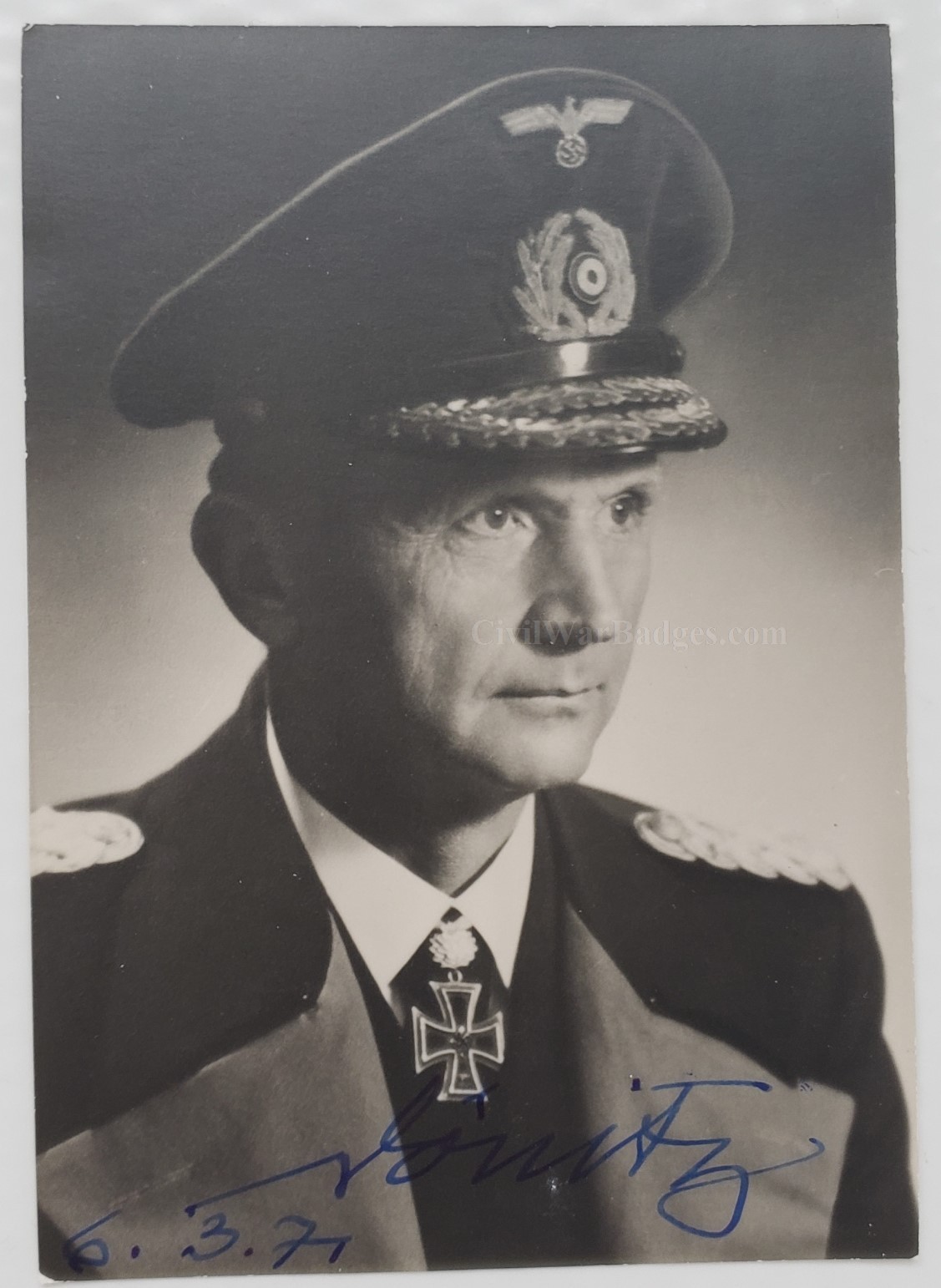 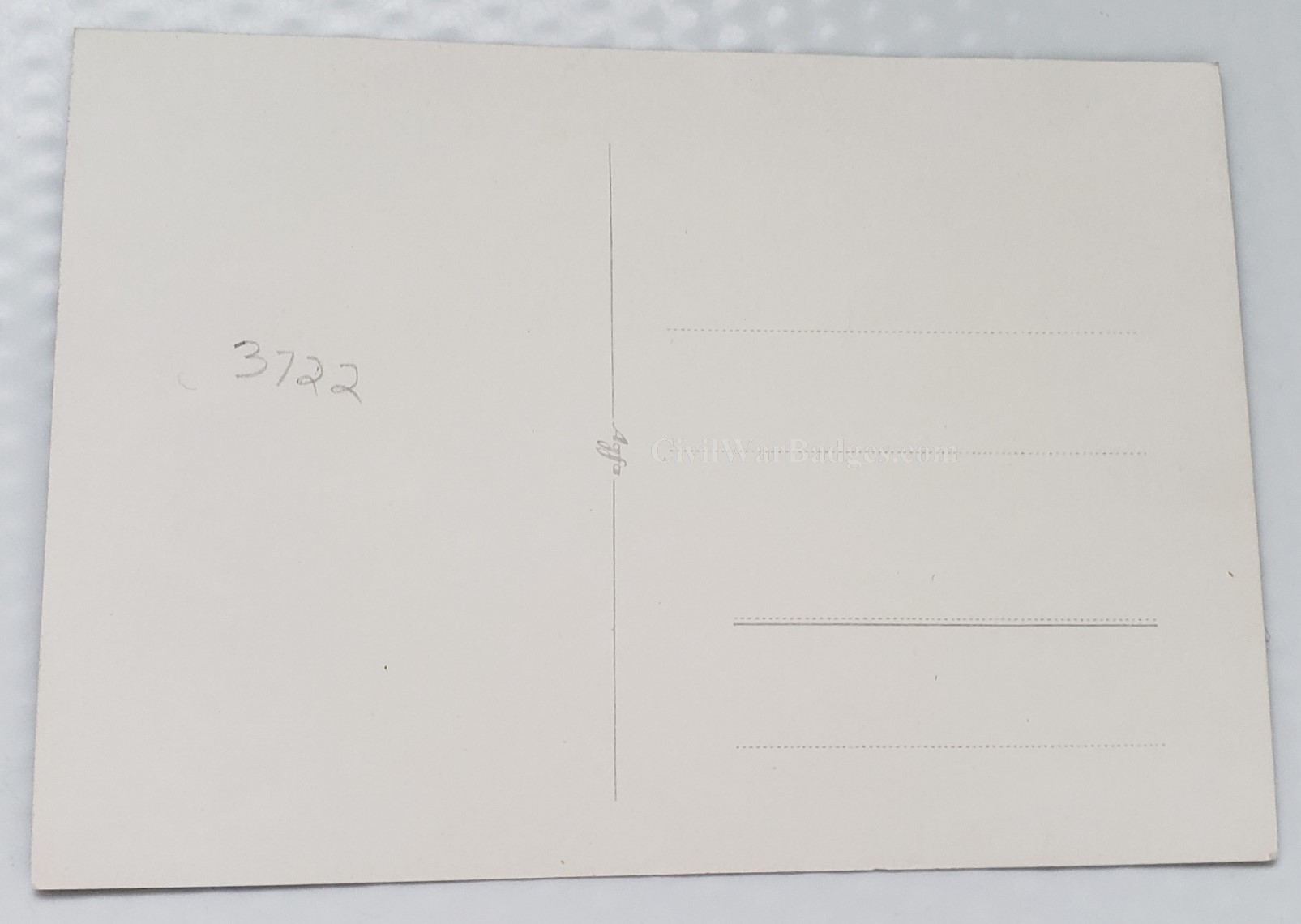 Karl Donitz [1891 1980] was a German Naval Commander during World War II, who attained the rank of Grand Admiral and was appointed as Commander in Chief of all submarines. He is also credited with implementing the submarine tactic Rudeltaktik, commonly called wolf pack. On April 30, 1945, in accordance with Hitler's last will and testament he was named President of Germany and Commander of all German Forces. On May 6, 1945, he ordered the surrender of all German forces thus ending World War II in Europe. After the war Donitz was found guilty ''crimes against peace'' at the Nuremberg Trials and was sentenced to ten years in prison and was released in 1956. Listed for auction is a photograph signed by Admiral Karl Donitz. The photograph is a formal World War II naval military image of the admiral which is signed ''Donitz'' and dated ''6.3.71'' in blue felt tip pen. The autograph is authentic,