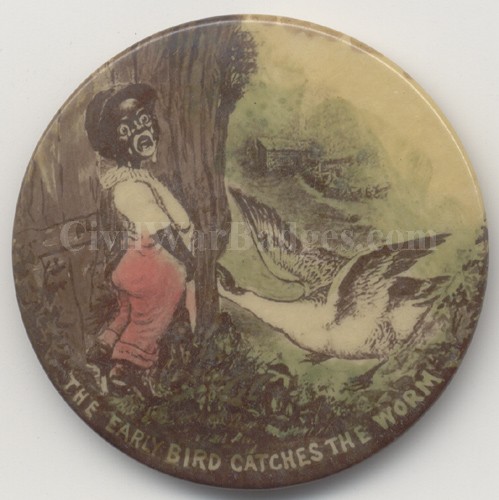 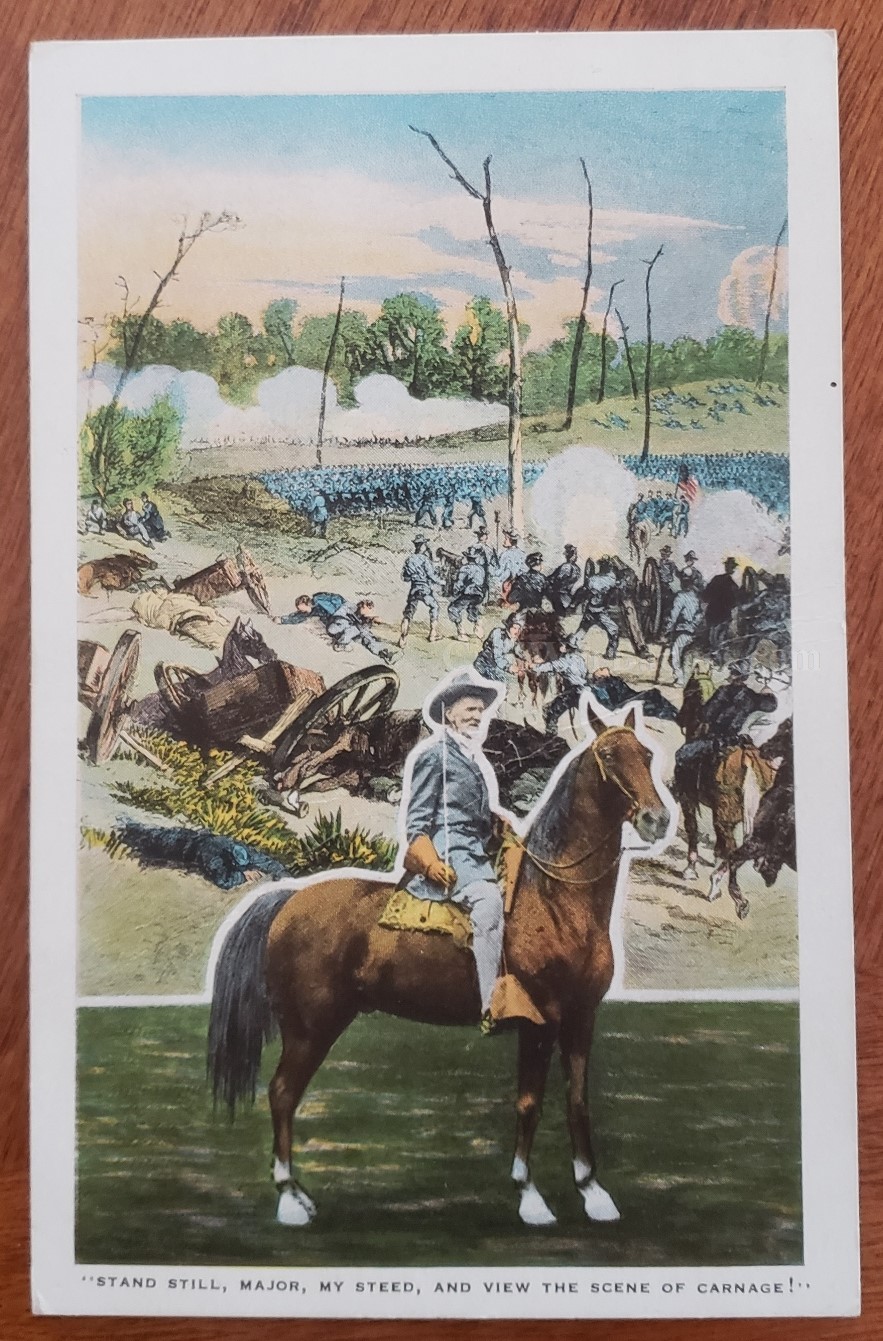 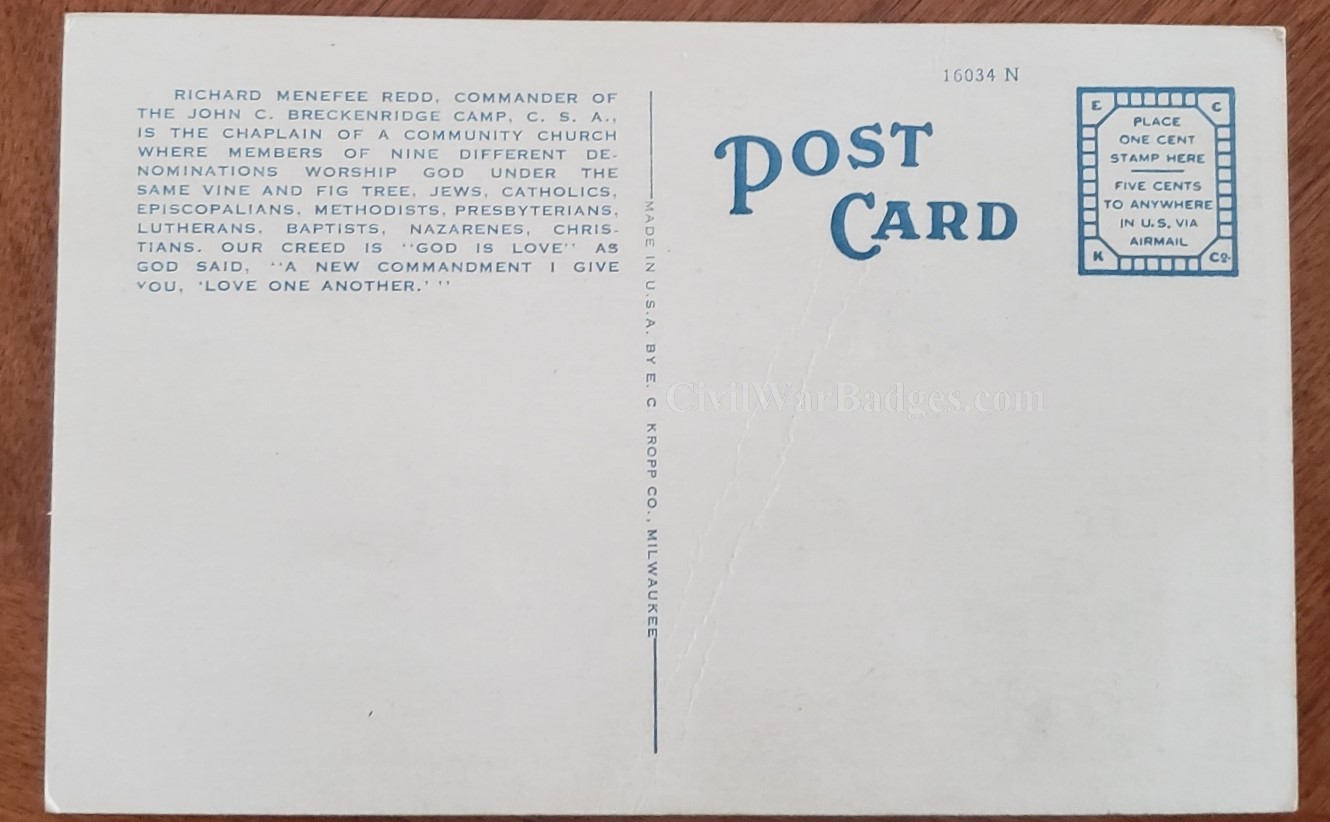 Click on an image to enlarge
REDD SERVED IN THE 5TH MISSOURI CAVALRY, CSA
CARD IS LIGHTLY CREASED AT CENTER
Col. Richard Redd was one of six brothers who served in the Confederate Army. Each of them were well known in Lexington, KY with probably Richard being the best known.

"Stand Still, Major, My Steed, And View the Scene Of Carnage!" (Printed verso reads: "Richard Menefee Redd, Commander of The John C. Breckenridge Camp, C.S.A., is the chaplain of a community church where members of nine different denominations worship God under the same vine and fig tree, Jews, Catholics, Episcopalians, Methodists, Presbyterians, Lutherans, Baptists, Nazarenes, Christians. Our creed is 'God Is Love' as God said, 'A New Commandment I Give You, Love One Another.