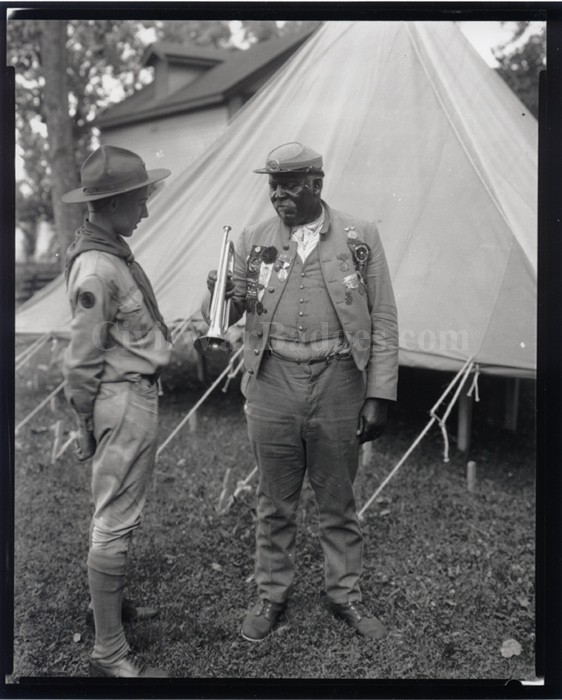 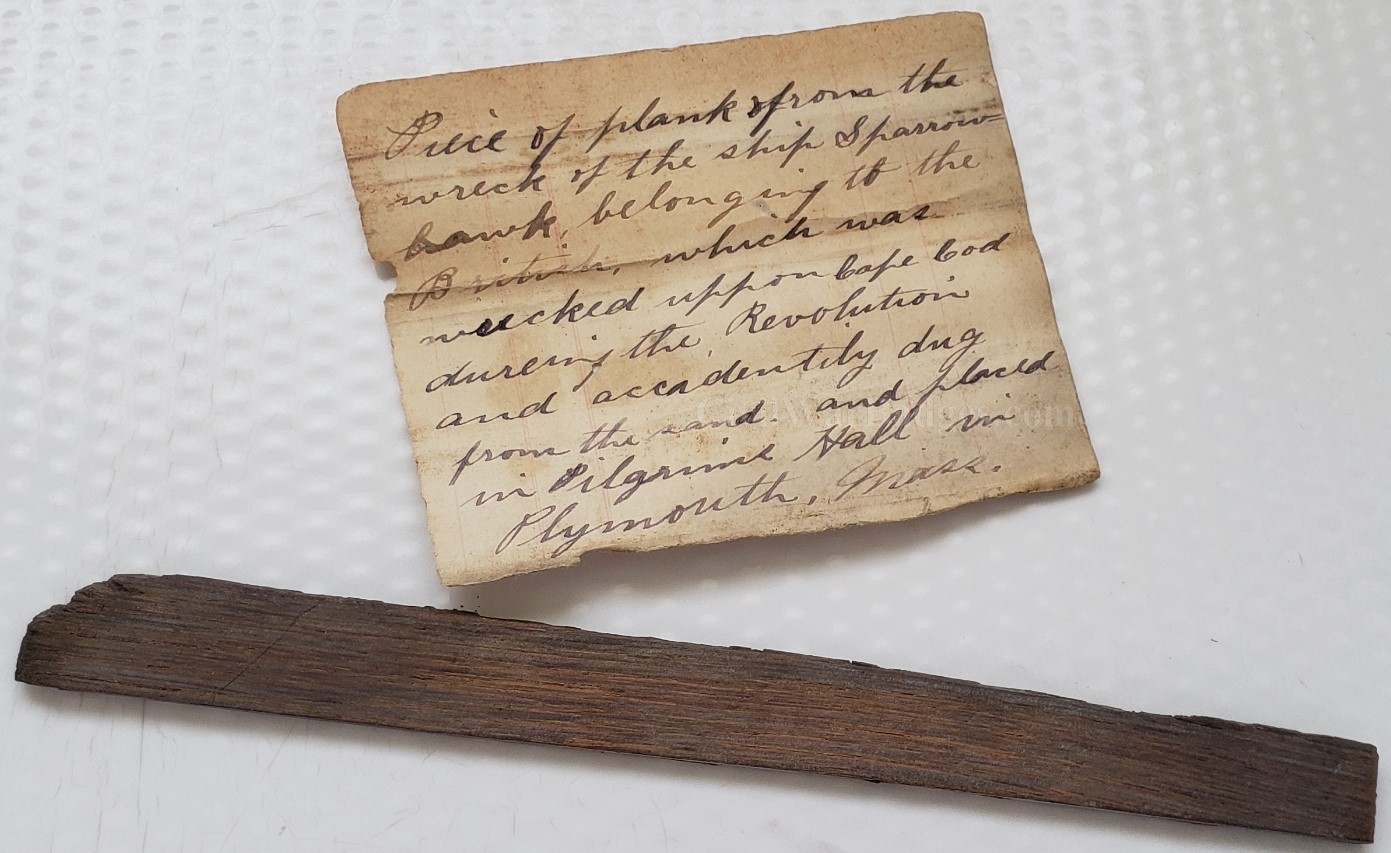 Click on an image to enlarge
INKED NOTE READS:

PIECE OF PLANK FROM THE WRECK OF THE SHIP SPARROW-HAWK BELONGING TO THE BRITISH,
WHICH WAS WRECKED UPPER CAPE CODE DURING THE REVOLUTION AND ACCIDENTALLY DUG FROM THE SAND AND PLACED IN PILGRIM HALL IN PLYMOUTH, MASS.

The Sparrow-Hawk, the very first shipwreck involving European settlers on American shores.The Sparrow-Hawk washed ashore off the Pochet Island area of Nauset Beach in Orleans on Dec. 17, 1626, while en route to Jamestown, Va., from Portsmouth, England, with 40 immigrants and crew members.The crew was saved, thanks to the efforts of Outer Cape natives, and brought to Plymouth Plantation.The Sparrow-Hawk herself, though, would not be so lucky. The ship would later be buried by a storm, and would not reemerge until 237 years later.On May 6, 1863, following a two-day storm, the Sparrow-Hawk’s oak hull was discovered by two East Orleans beachcombers, Solomon Linnell and Alfred Rogers.
Repair of the Sparrowhawk was under way, but another storm damaged the ship beyond repair. The Pilgrims provided food and shelter for the castaways for nine months before they were finally taken to Virginia.The Sparrow-Hawk’s timbers were visible from time to time until the Linnell-Rogers discovery. Word quickly got out to the likes of Jean Louis Agassiz, founder of the Marine Biological Laboratory at Woods Hole, and historian Amos Otis, who "took careful measurements, making accurate diagrams of the hull,” according to Snow. Boston City Councilor Charles Livermore pushed to bring the hull to Boston for exhibit.The frame also made its way to Providence for an exhibit, "with the end result a financial fiasco to the promoters,” Snow noted.The shipwreck remains were eventually presented to the Pilgrim Society of Plymouth in 1889, and still reside in the Pilgrim Hall Museum there.