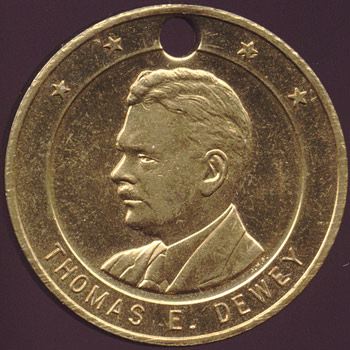 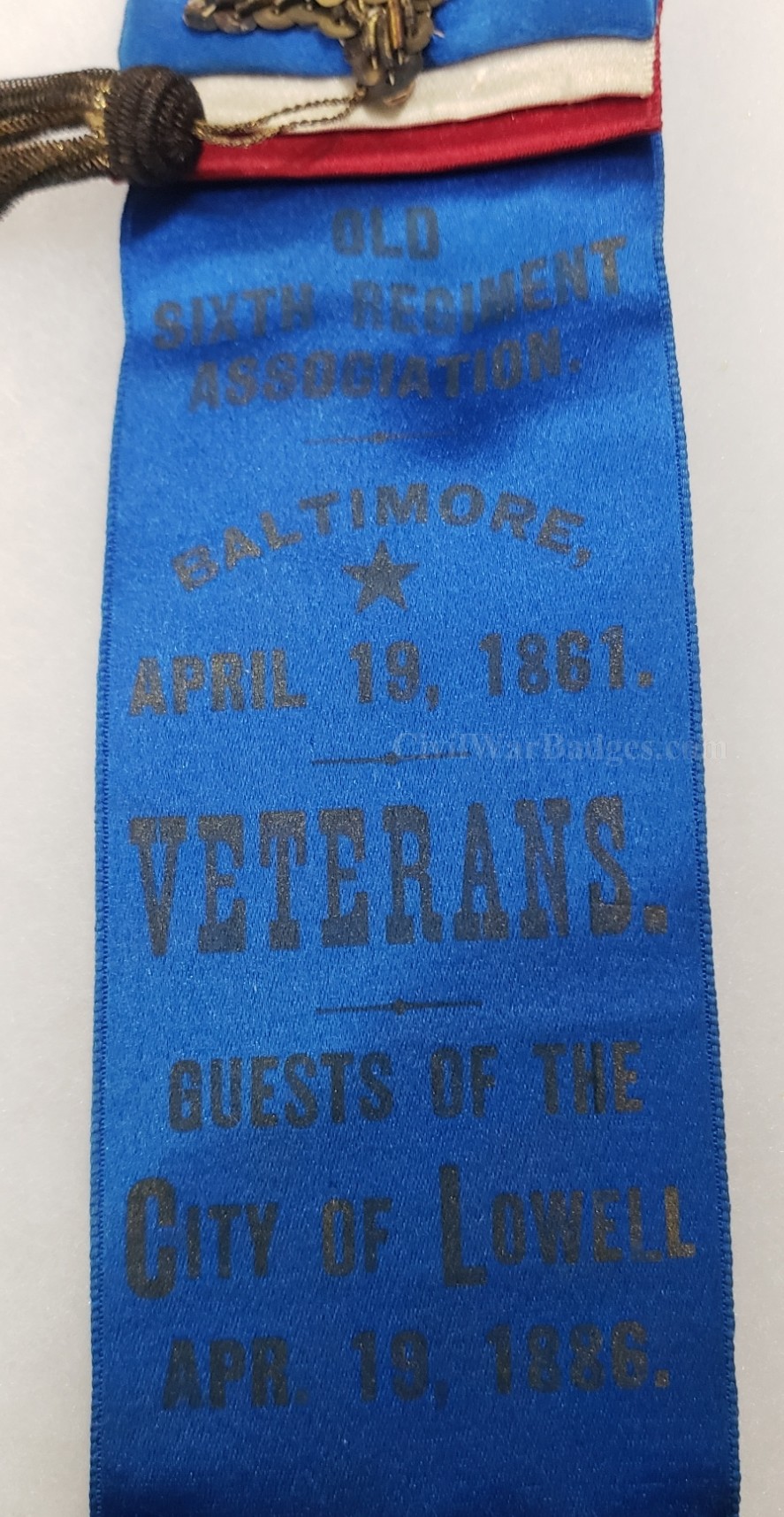 Click on an image to enlarge
BEAUTIFUL 25TH ANNIVERSARY BADGE WORN BY MEMBERS OF THE 6TH MASS. REGIMENT ASSOCIATION WHO WERE GUESTS OF THE CITY OF LOWELL
8.5" IN HEIGHT

April 19, collision between the Lowell Militia and the Secessionists in Baltimore, in which Ladd, Whitney, Needham, and Taylor are killed, first Civil War casualties

January 21st 1861, the Sixth Massachusetts Volunteer Militia was formally organized. With war approaching, men who worked in the textile cities of Lowell and Lawrence joined this new infantry regiment. They were issued uniforms and rifles; they learned to drill. They waited for the call. It came on April 15th, three days after the attack on Fort Sumter. They were needed to defend Washington, D.C.. The mood when they left Boston was almost festive. When they arrived in the border state of Maryland three days later, everything changed. An angry mob awaited them. In the riot that followed, 16 people lost their lives. Four were soldiers from Massachusetts. These men were the first combat fatalities of the Civil War.