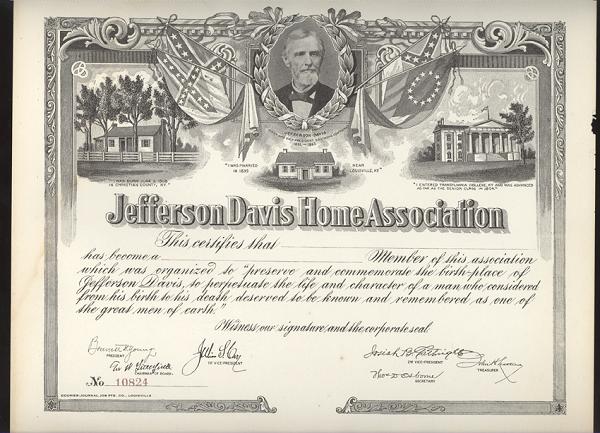 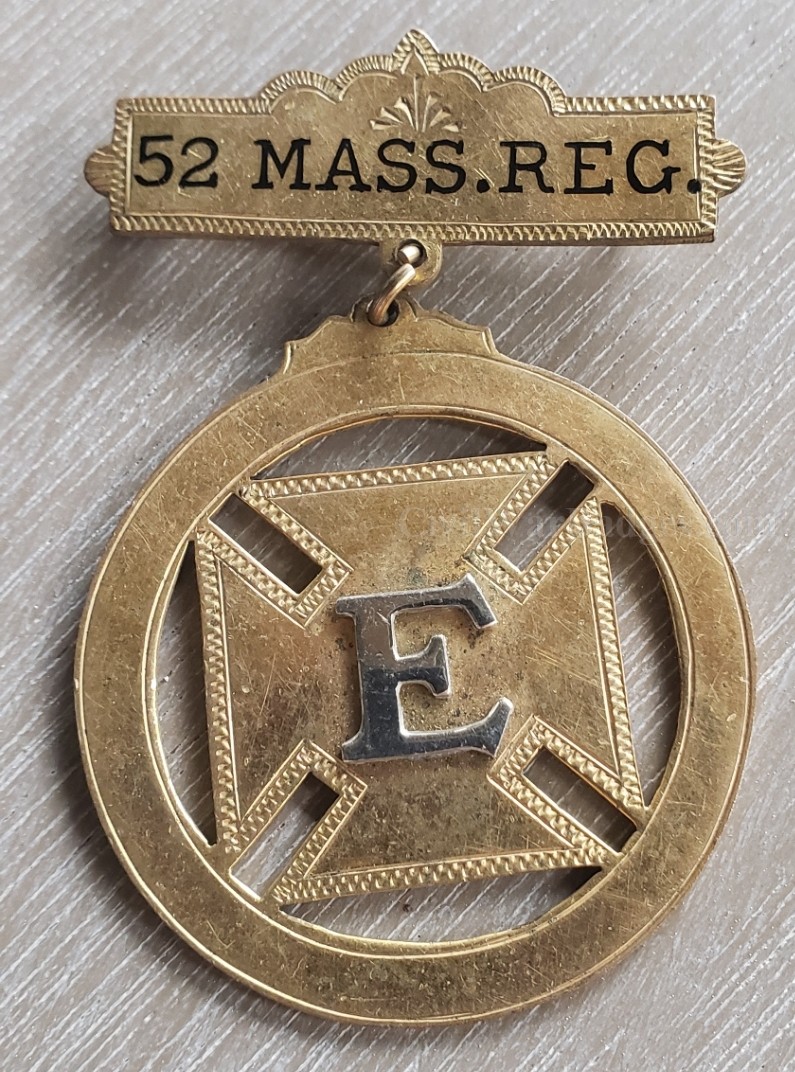 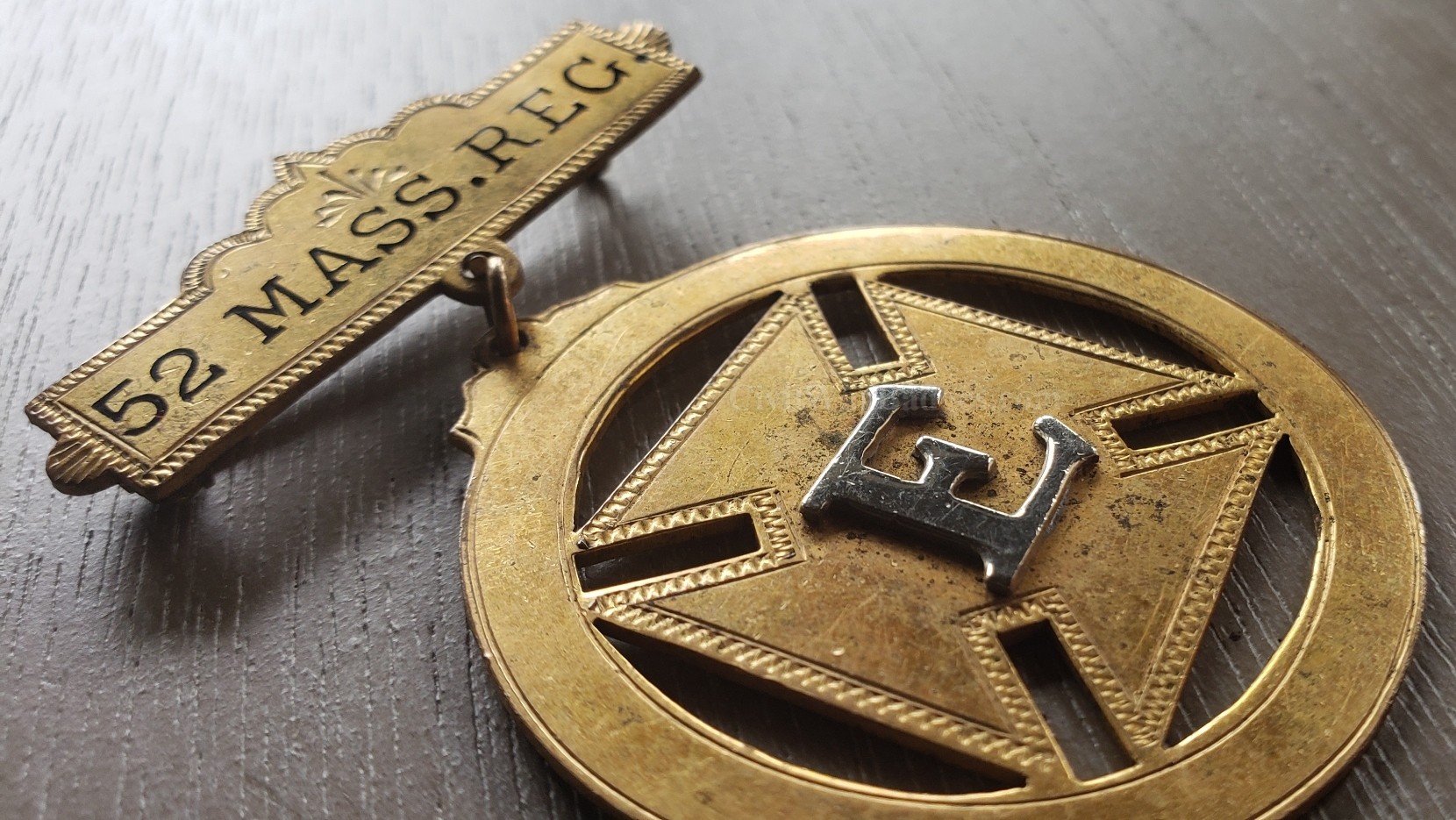 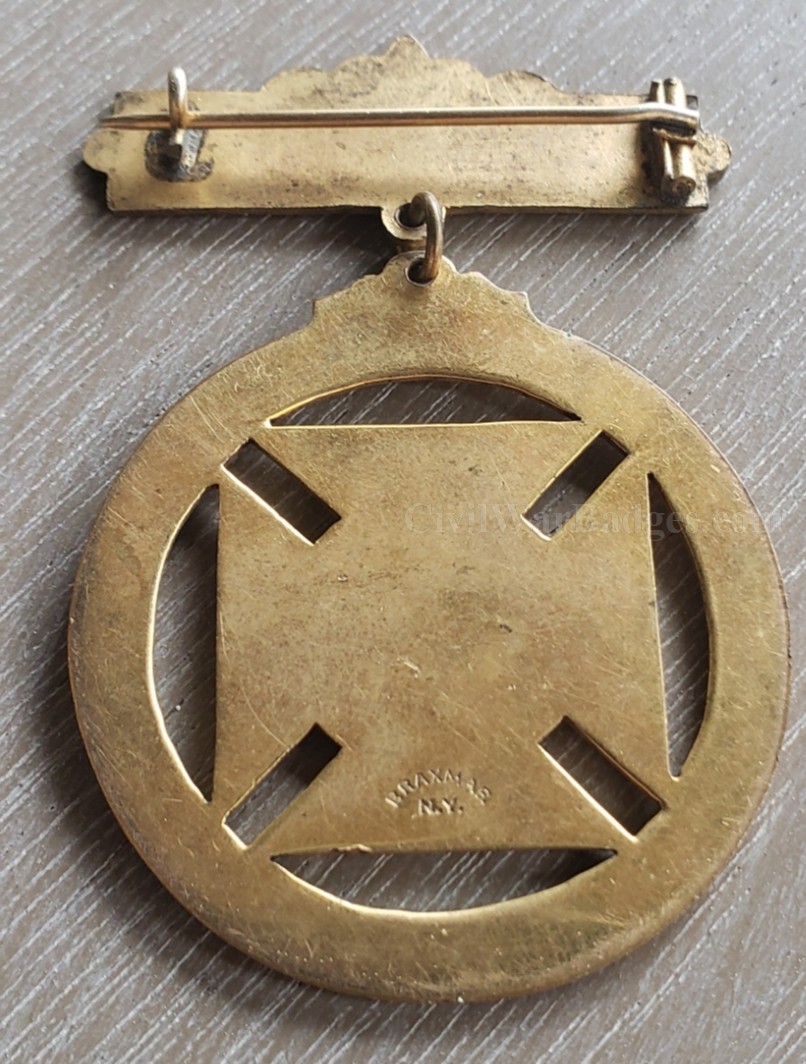 Click on an image to enlarge
2.5" IN HEIGHT ~ PIN PRESENT

The 52d Regt. Mass. Vol. Mil. was raised in Franklin and Hampshire Counties in response to the call of Aug. 4, 1862, for nine months troops. Its rendezvous was Camp Miller, Greenfield, and here the companies were mustered in on Oct. 2 and 11, 1862. The field and staff having been mustered Nov. 19 on the following day the regiment left for New York, proceeding thence to Long Island and going into quarters at Camp Banks where the Banks expedition to Louisiana was being organized. On the 2d of December the regiment embarked on the steamer ILLINOIS bound for Louisiana. Touching at Ship Island and New Orleans, it reached Baton Rouge on the 17th where it was assigned to Kimball's (2d) Brigade, Grover's (4th) Division. The regiment remained at Baton Rouge until March 13, when with the rest of the Corps it participated in the demonstration against Port Hudson in cooperation with Farragut's fleet in its attempt to pass the batteries. This attempt having been partially successful, the regiment then penetrated to within a few hundred yards of the enemy's works and held its advanced position for forty-eight hours, after which it began its return march, reaching its old camp at Baton Rouge, March 20. One week later, March 27, it was transferred to Donaldsonville, and on the 31st started with Grover's Division up Bayou Lafourche, proceeding to Thibodeau, which place was reached April 2. Two days later it entrained at Terre Bonne for Bayou Boeuf, whence, on April 9, it marched to Brashear City. Here, two days later, it took steamer for Indian Bead on the westerly shore of Grand Lake in an effort to cut off a Confederate force at Fort Bisland. After the battle at Indian Ridge, in which the 52d did not participate, and the escape of the enemy northward, the 52d joined in the pursuit to New Iberia. Four companies were left here to do guard duty, while the remainder proceeded on past Opelousas to Barre's Landing on Bayou Courtableau. Here they remained until the 21st of May, collecting and guarding supplies and loading and unloading boats at the landing. On the 19th the companies left at New Iberia arrived, and on the 21st the regiment commenced its return march via St. Martinsville to Brashear City, reaching its destination May 26. On the 28th the regiment was transported by rail to Algiers, directly opposite New Orleans, whence it was transferred by steamer to Springfield Landing just above Baton Rouge. This place was reached May 30, and thence the regiment marched to join its brigade before Port Hudson. After a short expedition to Clinton, June 5 to 8, to disperse a force of Confederates there, the regiment returned to its place on the Port Hudson front and participated in the assault of June 14, losing three men killed and seven wounded, Captain Bliss mortally. On the 20th, while guarding a train of wagons near Jackson's Crow Roads, it was attacked by the enemy. The enemy was repulsed, but many of the wagons were lost through the stampeding of the mules. Returning that night to the front at Port Hudson, the regiment remained there until the surrender of that place, July 9. The term of service of the regiment now having expired, on July 23 it boarded the steamer CHOUTEAU bound for Cairo, Ill. Arriving at this place July 30, on the same afternoon it entrained for home. Reaching Greenfield, Mass., Aug. 3, the men were furloughed until the 14th when they reassembled at the same place and were mustered out of the service. Regiment lost during service 1 Officer and 10 Enlisted men killed and mortally wounded and 101 Enlisted men by disease. Total 112.
Shipping Weight: 0.5 lb
$450.00 USD