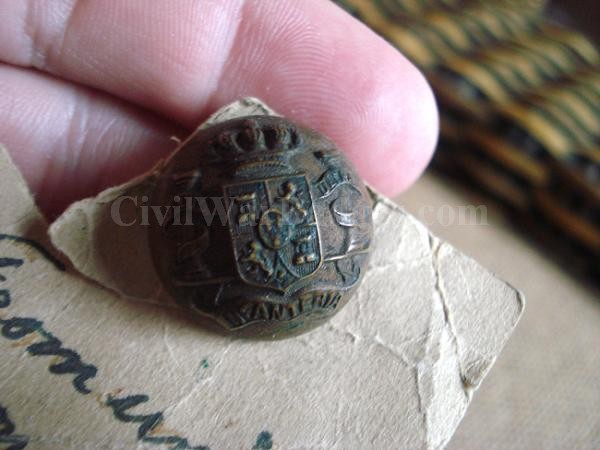 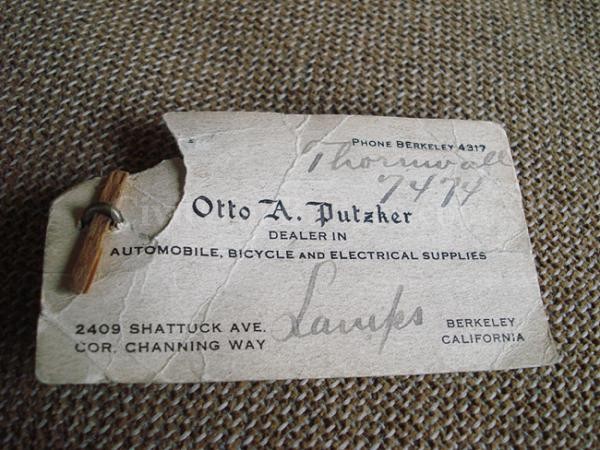 Obituary:
Oakland Tribune Dec 14, 1968 RITES SET FOR OTTO A. PUTZKER
Services will be held Monday for Otto A. Putzker, 97, longtime Berkeley businessman who laid claim to the title of first Ford owner in Alameda County. Mr. Putzker died in a local hospital Wednesday. He operated bicycle shops along Shattuck Avenue for more than 40 years until he was stricken with blindness prior to World War ll. Mr. Putzker bought his first automobile in 1897 and in the next decade was the owner at various times of three Fords, two Wintons, a Rambler and a Dolson. He said he purchased his first Ford directly from Henry Ford himself before the auto giant had refined the mass-production technique that revolutiionized the industry.
One of his proudest days was in 1911, when he put the Berkeley Police Department on wheels, not in autos, but on 25 bicycles, a quantity sale recorded in a photograph.
Mr. Putzker, a native of Brooklyn, came West as a child when his German immigrant father, Albin, joined Santa Barbara College and later in 1874, the University of California.
Mr. Putzker was a veteran of the Spanish-American War and the last surviving charter member of McCourt Camp, Spanish-American War Veterans. His brother, Bruno, is thought to be the only Berkeley resident killed in that conflict.
In addition to the bicycle business, Mr. Putzker branched into electrical work and auto supply sales. He lost one eye in an accident and then was forced to go out of business in the 1930s when a cataract caused loss of sight in the other. In recent years he has lived with his daughter, Mrs. Ruth L. Gray at 835 Curtis St., Albany. He is also survived by a son, Earl, a retired postal employee, living in Richmond; a sister, Mrs. Florence Bovee, Upland, San Bernardino County; three grandchildren and seven great-grandchildren.
Mr. Putzker had suffered a fall at home and had been in the hospital only one day at the time of his death. Services will be held at 11 a.m. at the Ellis-Olson Morturary, 727 San Pablo Ave, Albany.