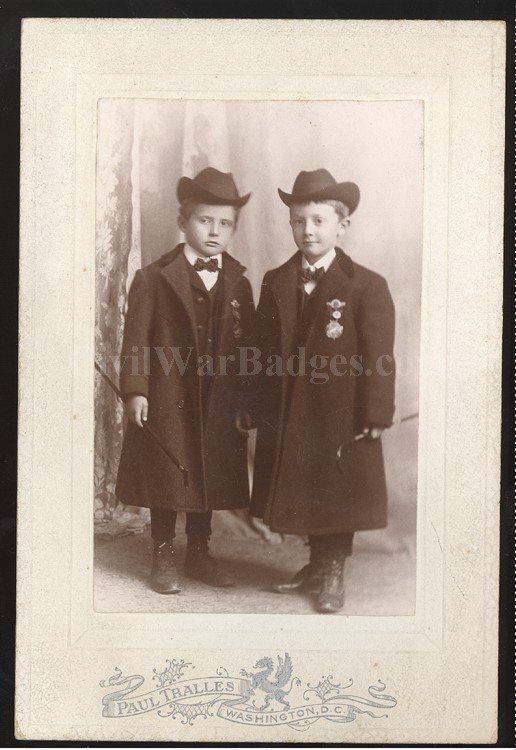 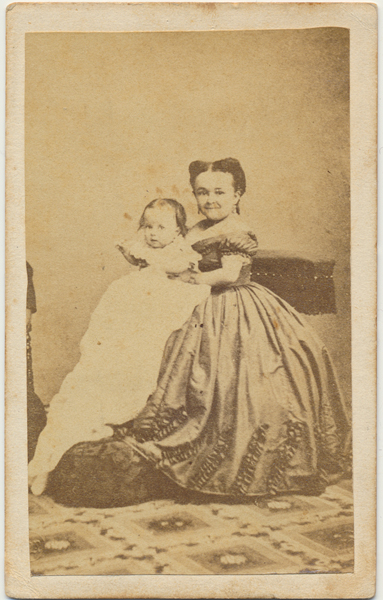 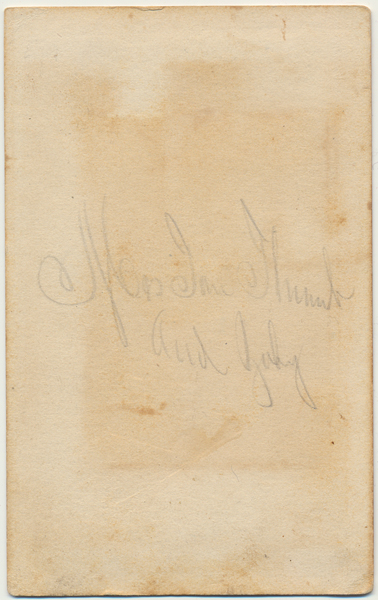 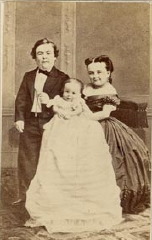 The most famous performer managed by P.T. Barnum was the diminutive Charles Sherwood Stratton, aka General Tom Thumb. 19th-century audiences were enthralled by the sight of him parading around dressed as Napoleon.

On February 10, 1863 Tom married Lavinia Warren, a woman equally small in size. The two then toured together through Europe as husband and wife. To complete the scene of domestic bliss, Barnum often had Lavinia pose holding a baby.

It was claimed that this was the child of Lavinia and Tom, but in fact it was simply an orphaned baby Barnum had provided them with. Because of her size, Lavinia was incapable of having a baby of her own. Unfortunately, as the baby grew it soon began to overshadow Lavinia. Therefore Barnum switched the infant with a smaller one. He repeated this practice whenever each successive baby grew too large for its 'parents.'
Shipping Weight: 0.35 lb
$30.00 USD