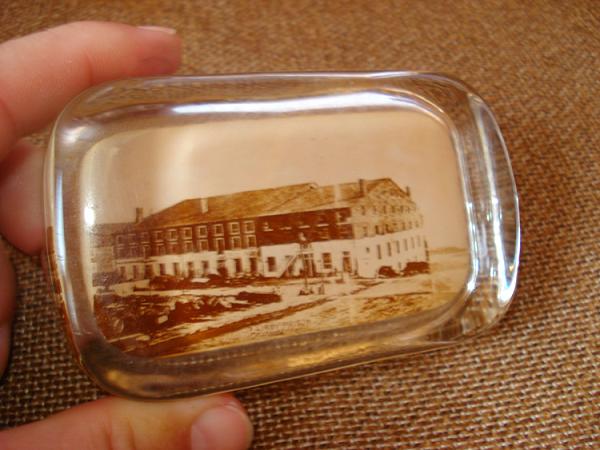 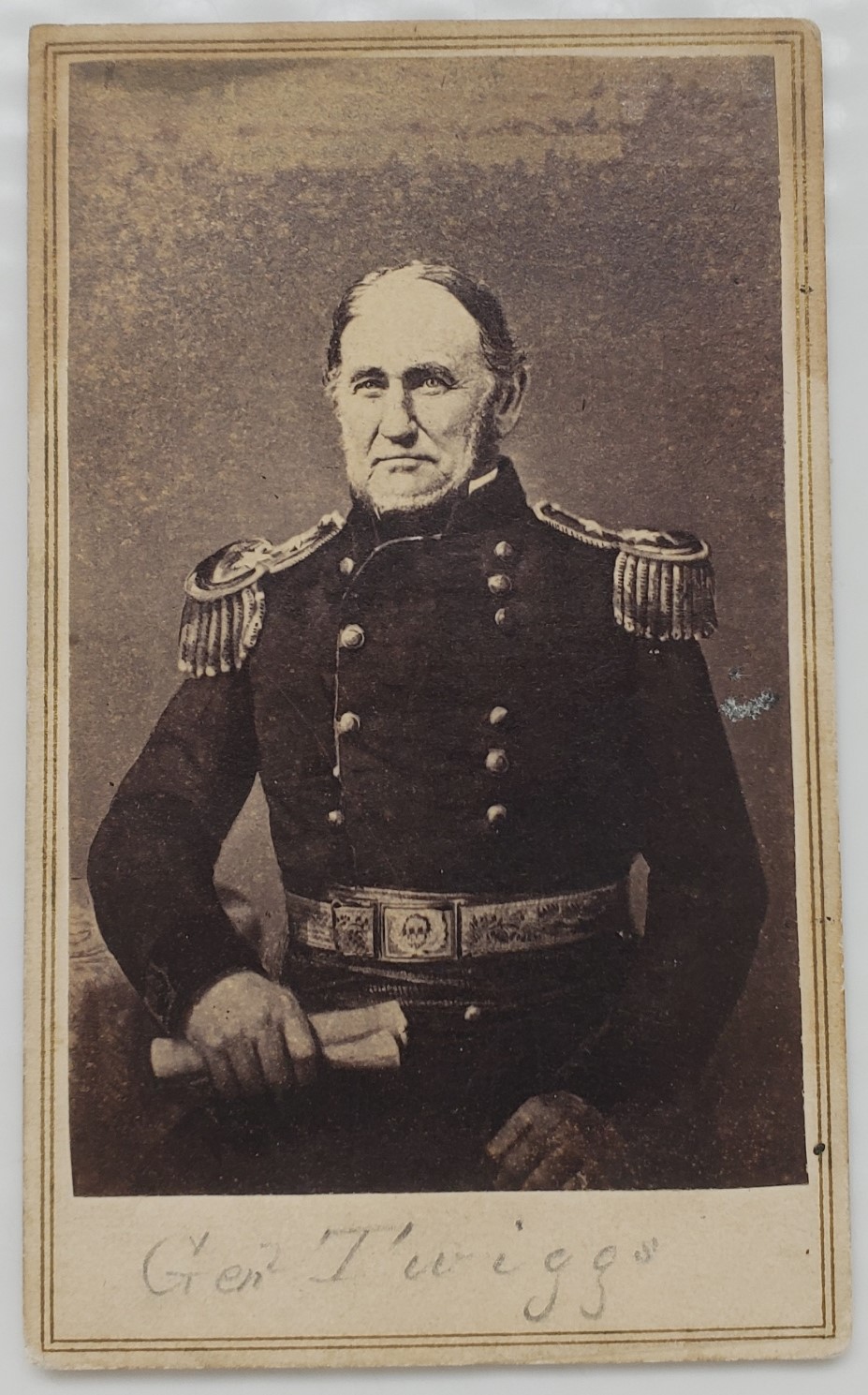 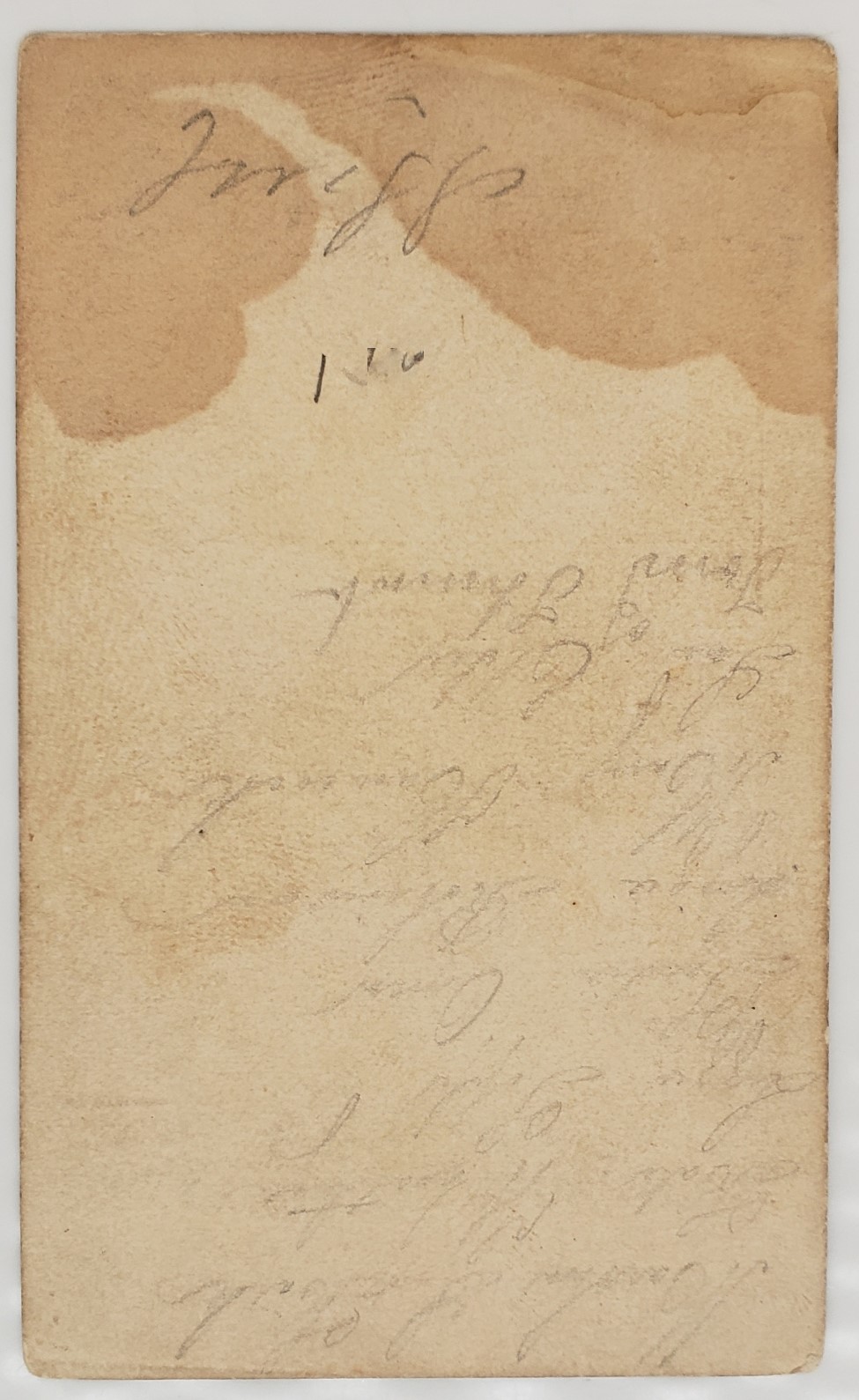 WAR OF 1812, MEXICAN WAR AND CIVIL WAR...SOME WATER DAMAGE AS SEEN ON REVERSE

Major general, P. A. C. S., May 22, 1861. Died July 15, 1862, at Augusta, Ga. Commands. Commanding Military District of Louisiana, April 17, 1861. May 27, 1861, assigned to command Department No. 1. October 7, 1861, relieved of command. Twiggs, David Emanuel, born in Georgia, appointed from Georgia. Captain, March 12, 1812, Eighth Infantry. Major, Twenty-eighth Infantry, September 21, 1814; honorably discharged, June 15, 1815; reinstated as captain, Seventh Infantry, December 15, with brevet rank of major from September 21, 1814; transferred to First Infantry, December 14, 1821. Major, May 14, 1825. Lieutenant colonel, Fourth Infantry, July 15, 1831. Colonel, Second Dragoons, June 8, 1836. Brigadier general, June 30, 1846. Brevet major general, September 23, 1846, for gallant and meritorious conduct before Monterey, Mexico. Received, by resolution of Congress of the 2nd of March, 1847, the presentation of a sword, in testimony of the high sense entertained by Congress of gallant and good conduct in storming Monterey. Dismissed March 1, 1861. Source: General Officers of the Confederate States of America Major-General David Emanuel Twiggs was born in Richmond county, GA, in 1790. His father, Gen. John Twiggs, was a soldier of the revolution. In the war of 1812, young David E. Twiggs, then twenty-two years of age, volunteered, and on March 8th was appointed captain of the Eighth infantry. He soon showed such marked ability that he was appointed major in the United States army. He distinguished himself in the Black Hawk war, and served in the Seminole war under Generals Jackson and Gaines. In 1836 he was commissioned colonel of the Second regiment of dragoons, which under his admirable training became the best cavalry regiment in the army. He was colonel of this regiment at the commencement of the Mexican war, and was with General Taylor's army of occupation which marched into the disputed territory. When Taylor moved to the Rio Grande, Colonel Twiggs was in the advance and captured Point Isabel. For gallant and meritorious conduct at Palo Alto and Resaca de la Palma he was brevetted brigadier-general. At Monterey he was put in command of a division. After the capture of that city he was put in command of it, and remained there until ordered to join General Scott at Vera Cruz. This he hastened to do, reaching the army before that city in time to share in the attack, and to win new laurels. He led the main attack at Cerro Gordo, was distinguished again at Contreras, and led one of the columns in the final assault upon the city of the Montezumas. After the war with Mexico, Congress gave him a magnificent sword with jeweled hilt and a scabbard of solid gold. He was presented another beautiful sword by the Georgia legislature, and yet another by the city of Augusta. His subsequent service was in command of the department of the West, with headquarters at St. Louis until 1857, and then in charge of the department of Texas, with headquarters at San Antonio. In 1861, holding the rank of brevet major-general, he was the second officer of the army in seniority, and in case of the death or disability of General Scott, would have been the ranking officer. But upon the secession of Georgia he resigned his commission, and decided to share the fortunes of his native State. He was immediately appointed major-general in the Confederate States army, his commission bearing date May 22, 1861. He commanded at New Orleans during the first part of the war, but was soon compelled to resign on account of age and infirmity. When he left New Orleans he gave his beautiful swords into the keeping of a lady of that city, from whom General Butler, when he took command of the city, seized them, and turned them over to the United States government. They were for years on exhibition in the treasury at Washington, but in 1889 were returned to the Twiggs family. General Twiggs died at Augusta GA, September 15, 1862.