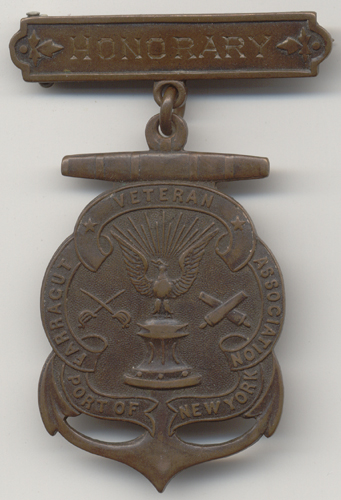 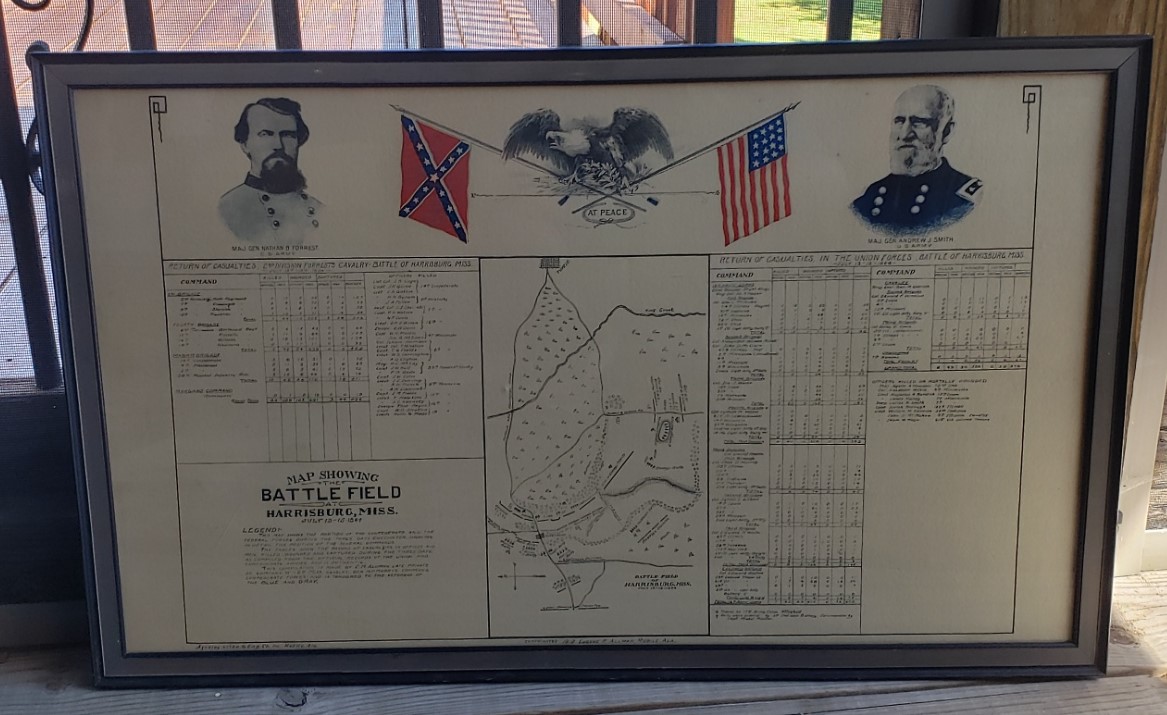 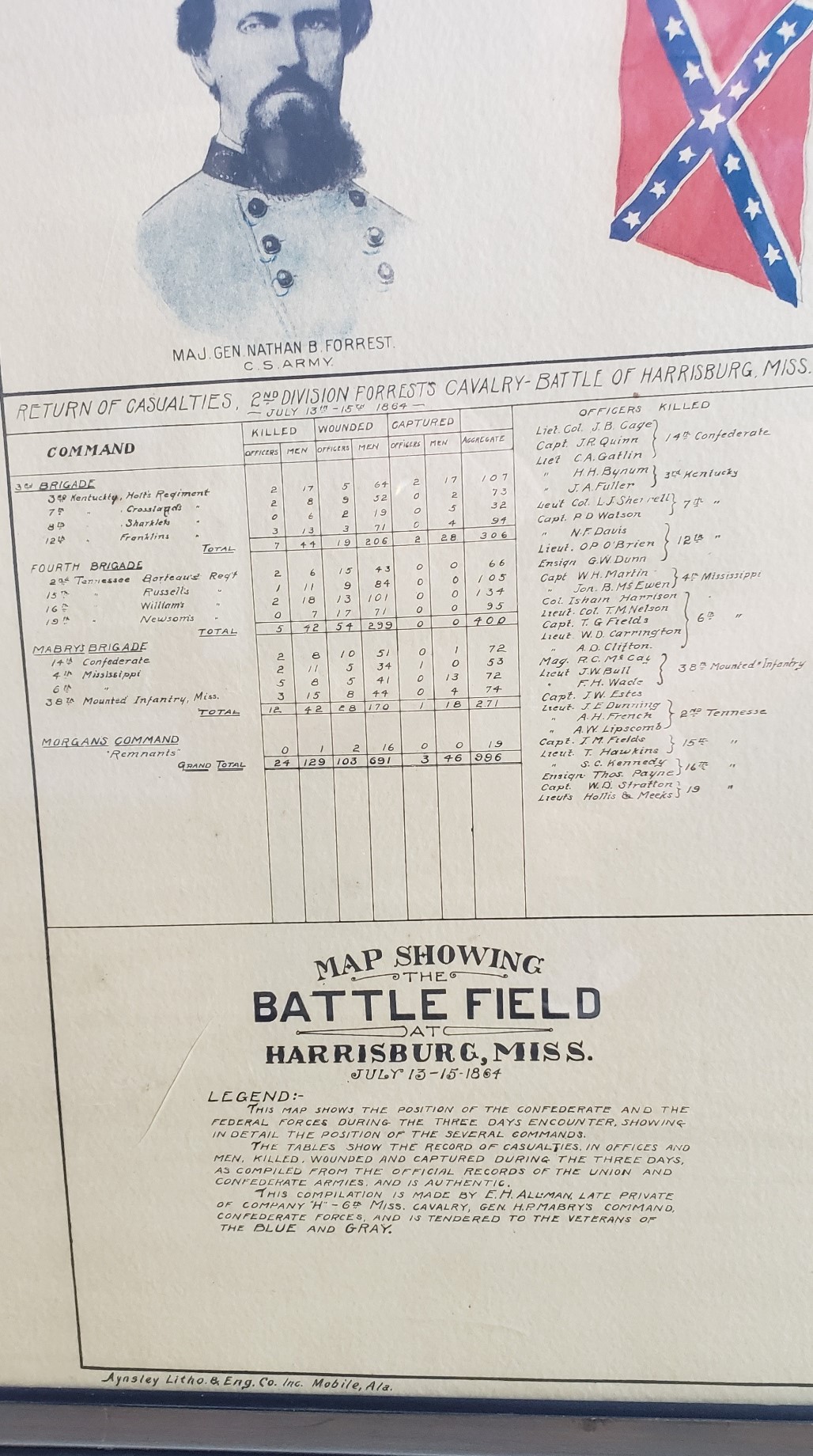 LEGEND READS: THIS MAP SHOWS THE POSITION OF THE CONFEDERATE AND FEDERAL FORCES DURING THE THREE DAYS ENCOUNTER, SHOWING IN DETAIL THE POSITION OF THE SEVERAL COMMANDS.
THE TABLES SHOW THE RECORD OF CASUALTIES IN OFFICERS AND MEN KILLED, WOUNDED AND CAPTURED DURING THE THREE DAYS, AS COMPILED FROM THE OFFICIAL RECORDS OF THE UNION AND CONFEDERATE ARMIES AND IS AUTHENTIC.
THIS COMPILATION IS MADE BY E.H. ALLMAN, LATE PRIVATE OF COMPANY H, 6TH MISS. CAVALRY, GEN. H.P. MABRY'S COMMAND, CONFEDERATE FORCES AND IS TENDERED TO THE VETERANS OF THE BLUE AND GRAY.

On the morning of the 14th, Smith took a strong position at Harrisburg and entrenched. Lee reacted by forming lines with Roddey's Brigade on the right, Mabry's Brigade on the left, and Crossland's Brigade in the middle. Bell's Brigade was put in the front line on Mabry's right. The troops were all dismounted. Both Chalmers' and Buford's divisions were held in reserve. The plan of attack seemed to be swing the right, but Lyon's Brigade became engaged first and was forced to fall back with heavy losses. Chalmers' Division, dismounted, was ordered forward and, after Mabry and Bell had been repulsed, Rucker's Brigade made an equally futile assault. The men were swept away by the fire of a superior and entrenched force, and many fell from exhaustion in the great heat of a July sun. A little after noon the Confederates fell back and entrenched, but were not molested by Union forces, who contented themselves with tearing up the railroad in the vicinity of Tupelo and burning the town of Harrisburg.[3]On the 15th, it appearing Smith would not attack, Buford made a demonstration on his left flank. Soon afterward Smith began his retreat, and a vigorous pursuit was at once begun. At Old Town Creek Buford came up with the Union in line of battle and was driven back in confusion. McCulloch's Brigade was ordered to attack, but being sent in by regiments was speedily repulsed. Here General Forrest and Colonel McCulloch were both severely wounded, and the command of the forces in front devolved upon Chalmers. Though the pursuit was continued, there was but slight skirmishing after this engagement.