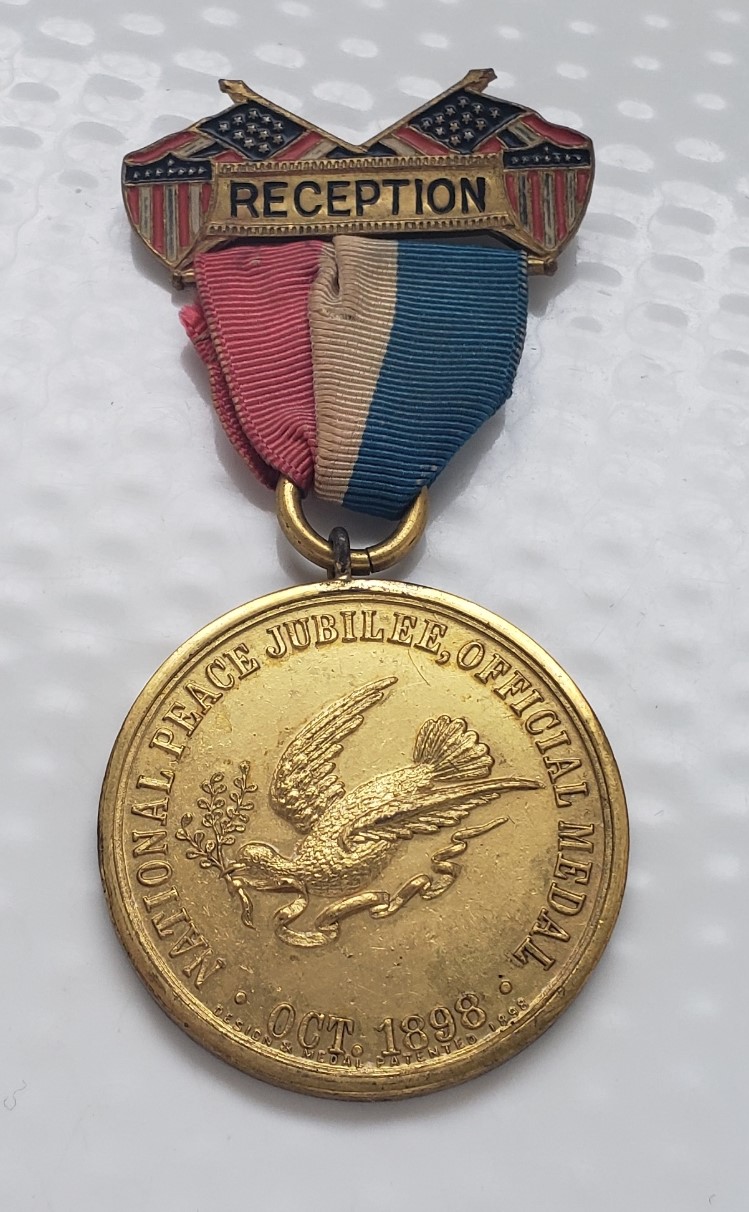 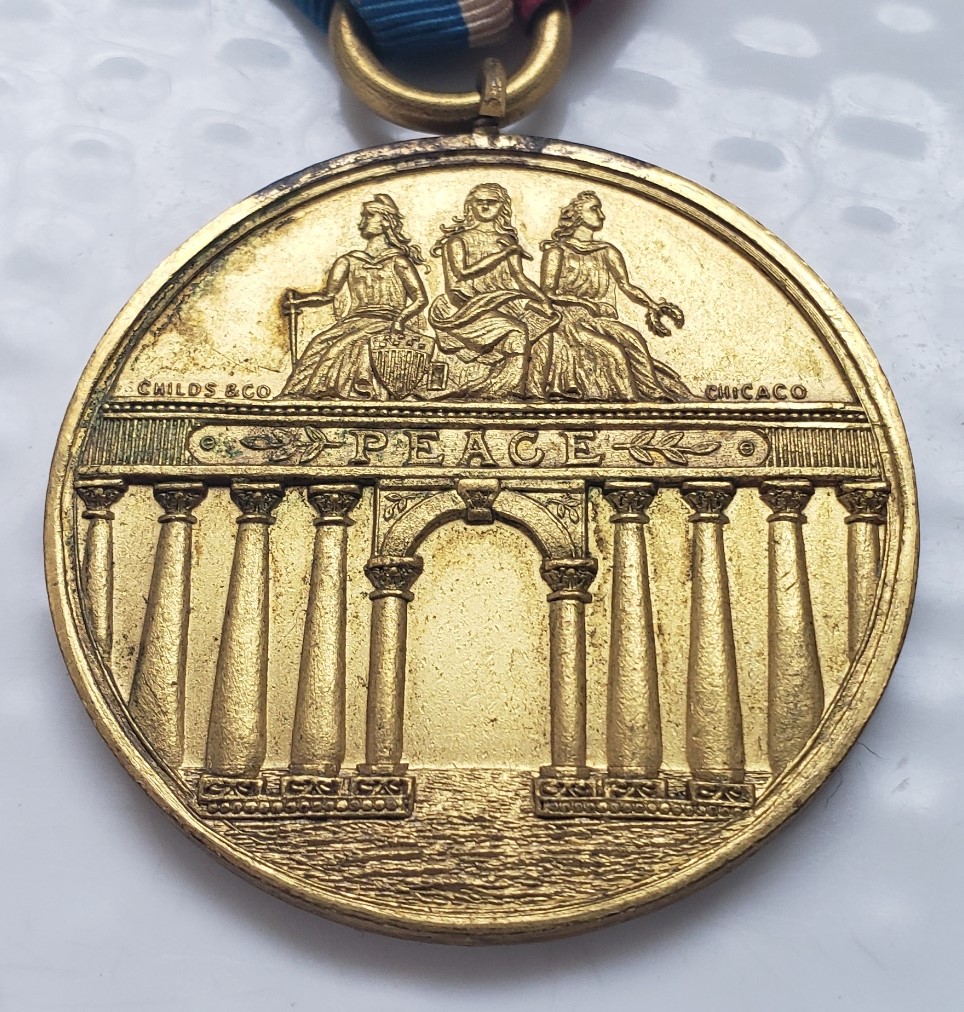 Click on an image to enlarge
3.5" IN HEIGHT ~ NICE ENAMEL ON TOP BAR

Held for three days in October of 1898, the Philadelphia Peace Jubilee celebrated the conclusion of the Spanish-American War and brought national attention to the City. The festivities included speeches, parades, and events to honor the country’s soldiers. Towering over all of the activity was a gigantic arch built to span Broad Street. Located near the intersection of Broad and Sansom Street the archway served as a focal point for the Court of Honor. [3]The Court included the archway as well as many large columns that lined Broad Street from City Hall to Walnut Street. The columns and arch featured ornate carvings as well as statues of eagles and statues of riders on horseback.
Attendees at the Jubilee included General Graham, his complete staff, and 10,500 troops from four regiments in Pennsylvania as well as regiments from several other states.[4] The troops took part in military reviews and parades on Broad Street. President William McKinley visited Philadelphia for the Jubilee and the Pennsylvania Railroad Company encouraged attendance by offering round trip tickets for the price of a single fare.[5] Activities for those attending the Jubilee included church services, speeches, and three parades: a naval parade featuring nine warships anchored in the Delaware River, a civic parade, and a military parade of an estimated 25,000 troops reviewed by President McKinley.[6] While many people rushed to the city to view these events, some anti-war groups decried the Jubilee and the emphasis it placed on military splendor.Despite the disapproval expressed by some people and differing opinions among Americans regarding the Treaty of Paris which would not be formally signed until December 1898, Peace Jubilees continued to be held across the country in November and December. President McKinley attended jubilees in both Chicago and Atlanta during that time. With its ornate Court of Honor, large parades, and enthusiastic support for the commanders and troops who served in the Spanish-American War, the Philadelphia Peace Jubilee celebrated peace as America increased its involvement in the world of foreign affairs.