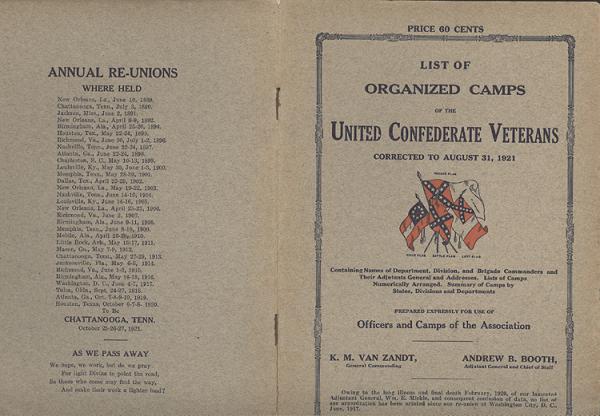 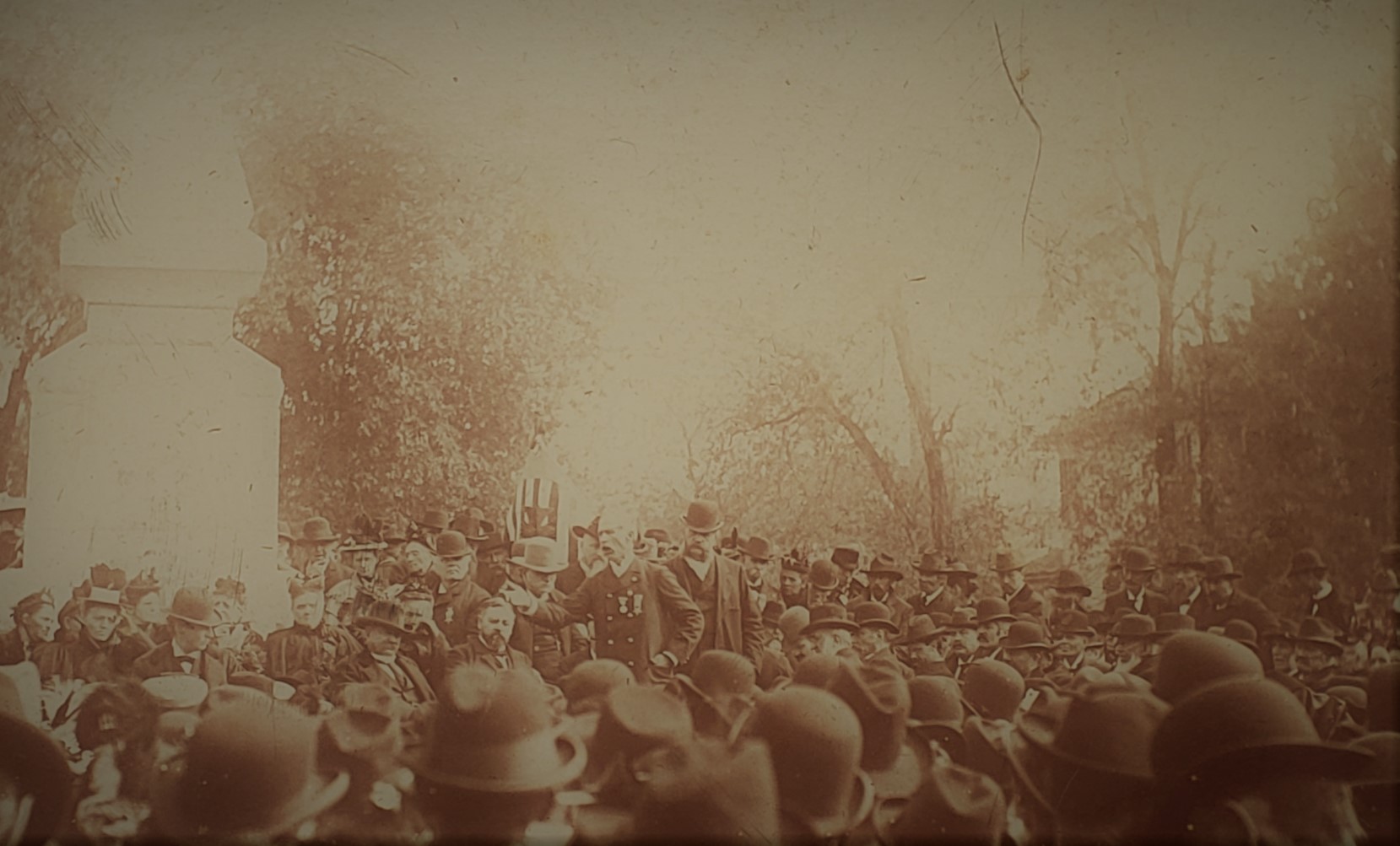 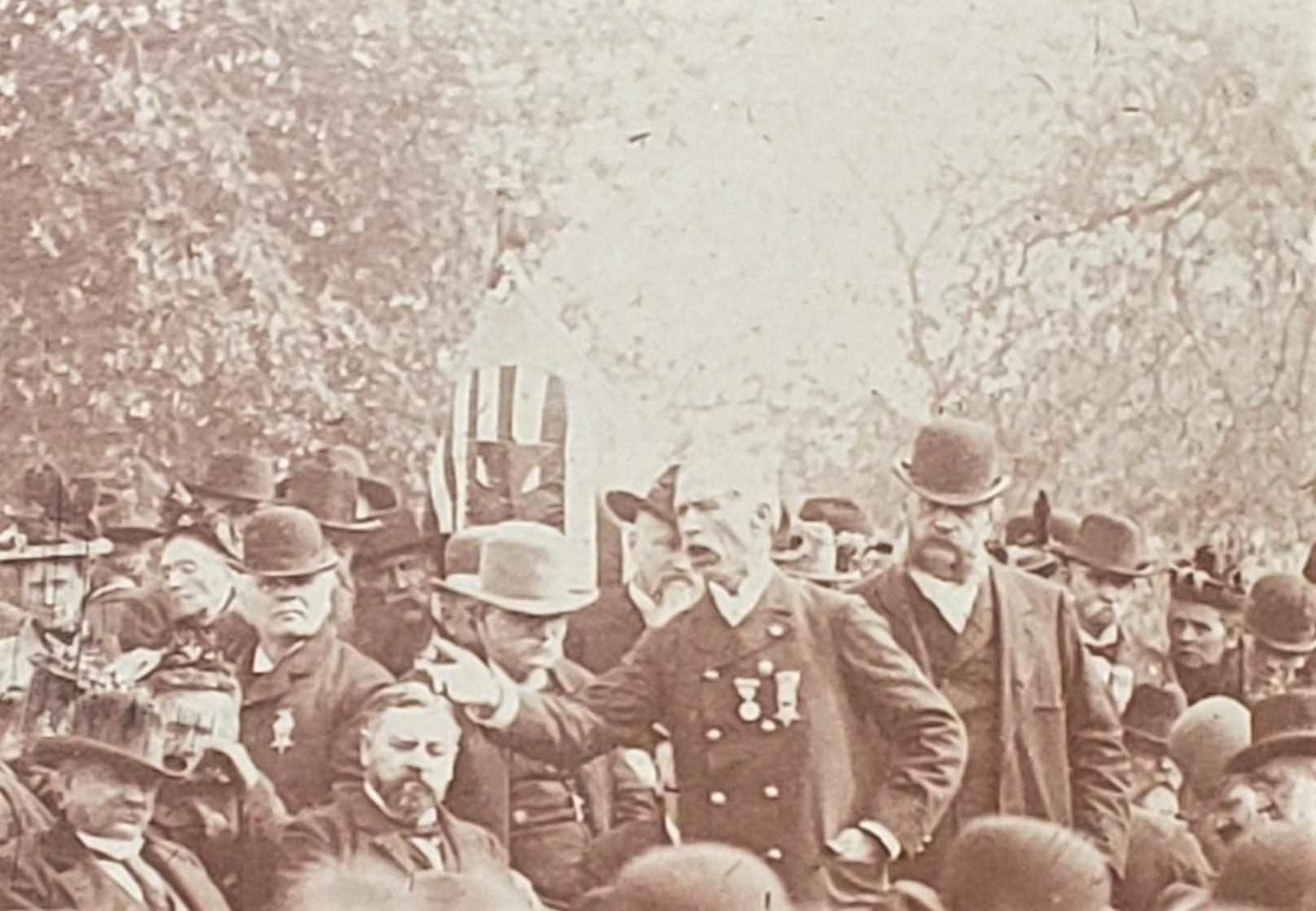 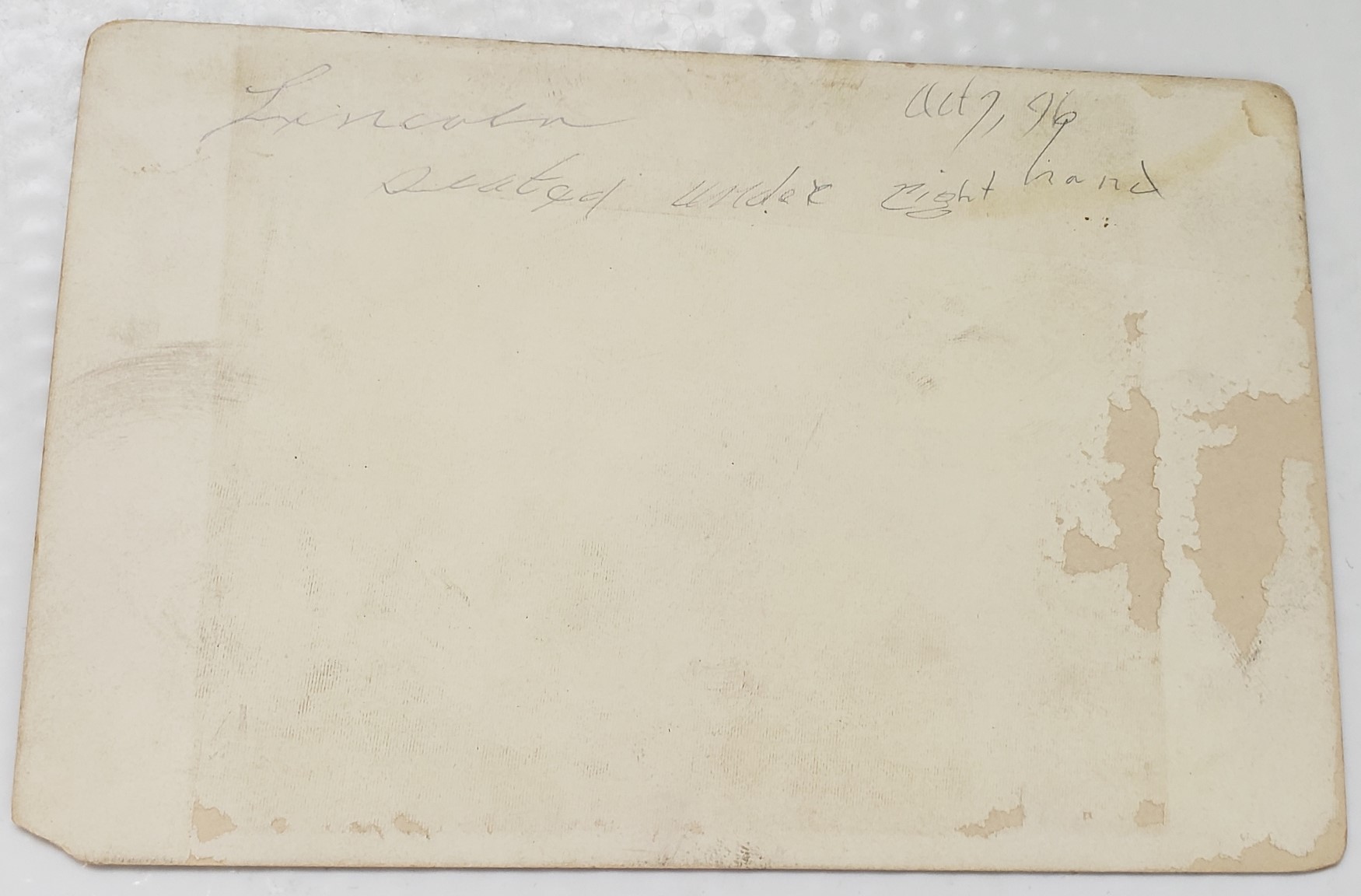 As early as 1883, members of the several post of the Grand Army of the Republic in Knox County had discussed erecting a monument to commemorate the soldiers who had fought and died in the late rebellion. The GAR was composed of veterans of the Civil War. By the time of the county reunion in 1895 only $277.69 had been collected. The GAR men asked the Knox County Board for monetary assistance but received no satisfaction. The Board did allow the veterans to use two rooms on the third floor of the Courthouse for a meeting room and museum. The old soldiers and their wives took matters into their own hands. On January 29 and 30, 1896, a great fair and entertainment was held in the Armory and Auditorium Theater. A raffle was held with 300 prizes. A piano was the grand prize. Wives of the old soldiers stitched a quilt with the names of one hundred veterans embroidered on it. The public could purchase tickets and specify which name they preferred. Dwight W. Bunker received the most votes and the quilt. The fund for erecting the monument was increased by $1,845.35 (equal to $51,689.98  in today's money). At the Post meeting on February 11, 1896, a committee was appointed to procure the monument. The lot owners of Hope Cemetery agreed to give four lots at the northeast corner of the cemetery for the location of the monument. Businessmen of the city contributed $300 for raising the elevation of the four lots and excavating for the foundation of the monument. On March 23rd the veterans examined twenty plans for the memorial. A granite base would sit on a brick foundation. George D. Craig of Galesburg won the contract for carving the pedestal and placing the monument. A statue of Vermont granite depicting a Union soldier at parade rest had been ordered to adorn the top of the monument. On October 7th parade stepped off at 10:00 am from Prairie Street to the cemetery. It included the Knox College cadets, band and artillery as well as Company C of the Illinois National Guard, GAR posts from the surrounding area marched in the parade along with the Galesburg police force and firefighters. The Honorable Robert Todd Lincoln, the eldest and only surviving son of the late president, gave the address of the day and unveiled the pedestal. Unfortunately, the soldier statue to be placed on the pedestal had not been delivered in time. Clark E. Carr, former Galesburg Postmaster and diplomat, was instrumental in securing Mr. Lincoln to be the speaker at the dedication of the Soldier's Monument. Mr. Lincoln spoke for about an hour. His entire speech was published in the newspaper.