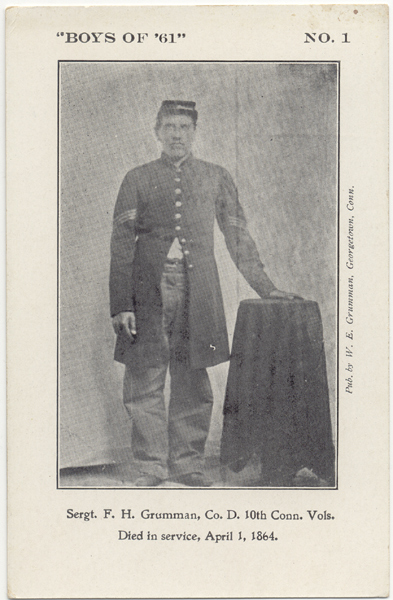 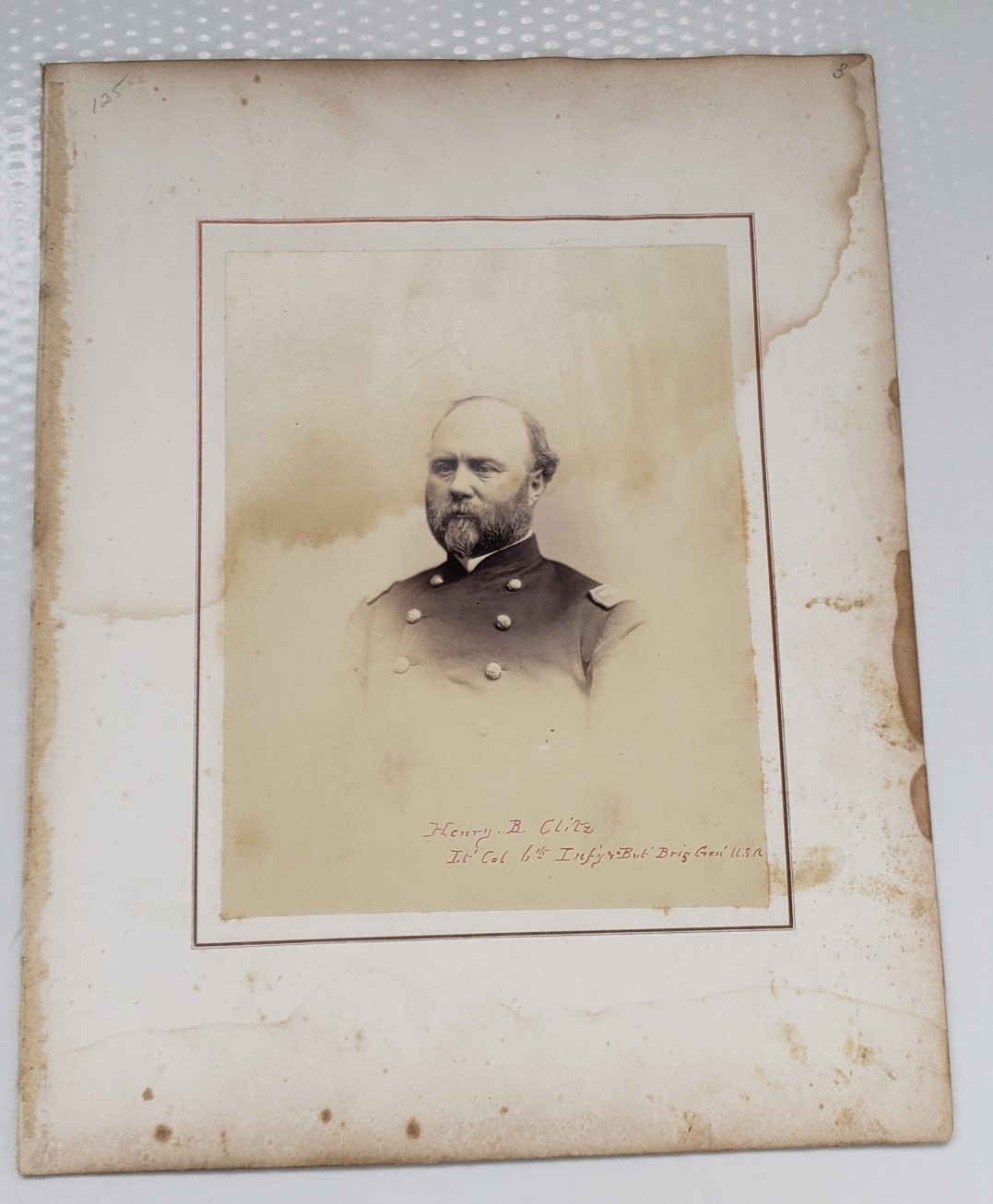 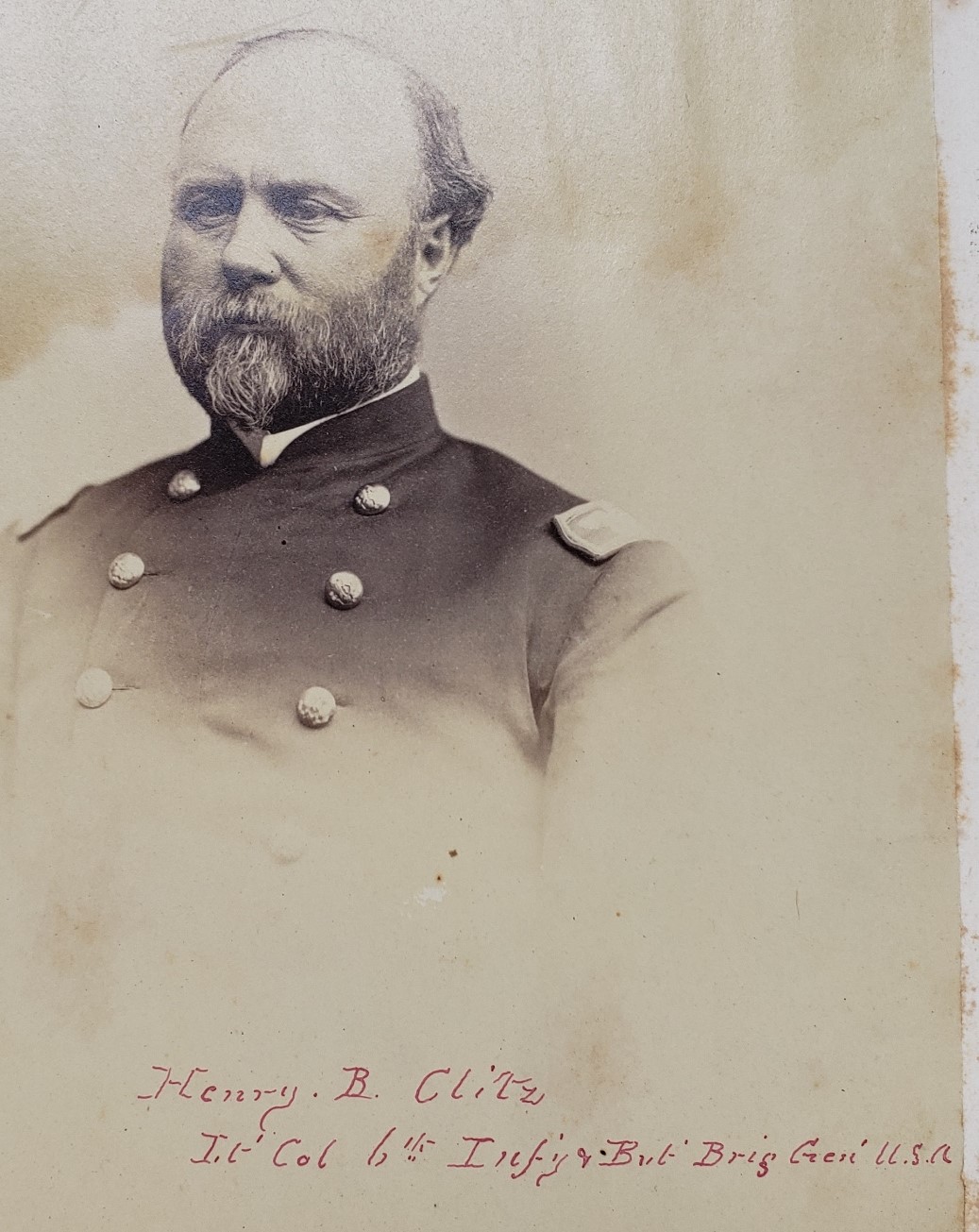 Brevet Brig.-General Henry B. Clitz, was born, July 4, 1824, at Sackett's Harbor, N. Y., then the headquarters of the Second Infantry, p244 of which his father, already distinguished at the Sortie from Ft. Erie, Sep. 17, 1814, was the noted adjutant. With a military parentage, born on Independence Day, bred in a garrison, and familiar with all the paraphernalia of war, it is not surprising that young Clitz chose the profession of a soldier. At the age of seventeen he became a Cadet in the Military Academy, from which he was graduated July 1, 1845, and promoted to the Infantry, the arm with which he was already familiar. He at once joined the Army of Occupation in Texas, and soon after was engaged in the Defense of Ft. Brown, and Battle of Monterey, following which he was transferred to General Scott's army, and participated in all of its operations from the Siege of Vera Cruz to the Capture of the City of Mexico, receiving for his gallant and meritorious conduct, in the Battle of Cerro Gordo, the brevet of First Lieutenant. On the termination of the Mexican War, Clitz was detailed as an Assistant Instructor of Infantry Tactics at the Military Academy, continuing there for seven years, after which, till the outbreak of the Rebellion, he was on frontier duty, recruiting service, and on leave of absence in Europe.Captain Clitz accompanied the expedition to Fort Pickens, and, after two months' service there, joined the Twelfth Infantry (of which he had been promoted Major) at Ft. Hamilton, N. Y., where he re-organized, drilled, and disciplined it for active service, in which it was engaged with the Army of the Potomac in the Virginia Peninsular Campaign. In command of his regiment he took part in the Siege of Yorktown, where he was wounded, and, in the subsequent Battle of Gaines's Mill, he showed conspicuous and dashing gallantry, being twice wounded, and in that condition was captured. As a Prisoner of War he was confined in Libby Prison till paroled for exchange, July 17, 1862.As soon as sufficiently recovered from his wounds, Clitz was placed on duty at the Military Academy as the Commandant of Cadets, in which position, by his soldierly bearing, devotion to duty, uniform courtesy, and kindly consideration for all with whom he had official or private relations, he won all hearts of both sexes and of all ages. From the time of being relieved from this duty, which he had so graced till the conclusion of the Civil War, he was engaged in the ordinary duties of his arm of service. For his "gallant and meritorious services during the Rebellion" he was brevetted a Colonel, and for "gallant and distinguished services in the field," a Brigadier-General. After the Civil War, he became Colonel, 10th Infantry, Feb. 22, 1869; was in command of various frontier posts, on several important boards, and, after forty years' duty in the army, was retired, July 1, 1885, upon his own application, from active service. He then took up his residence in Detroit, Mich., where he was a universal favorite among his fellows, and the devoted son of an aged mother. Without any apparent cause, he suddenly left his home and was last seen, Oct. 30, 1888, at Niagara Falls.Clitz had a personal magnetism and charm of character which won all who came within the sunshine of his genial nature. He was one of the kindest and most affectionate of men, and, though of almost feminine gentleness, it did not distract from his true manliness. His attention to the little amenities of life, his buoyancy of spirits, and his cheerful joyousness in conversation, always made him a welcome guest. He lived unmarried, but had a perpetual bride in the love of companions, and all the beauties of nature were his idolized children.