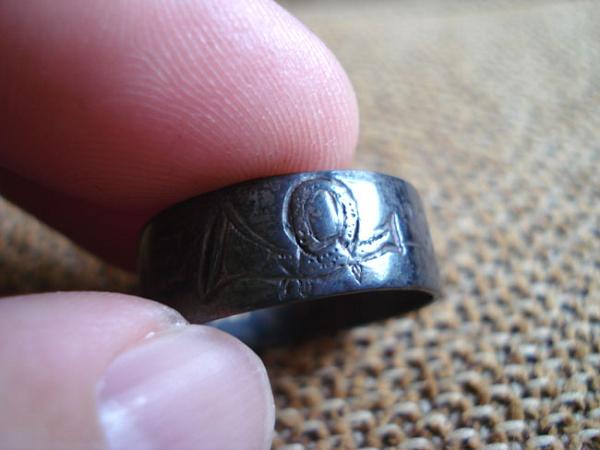 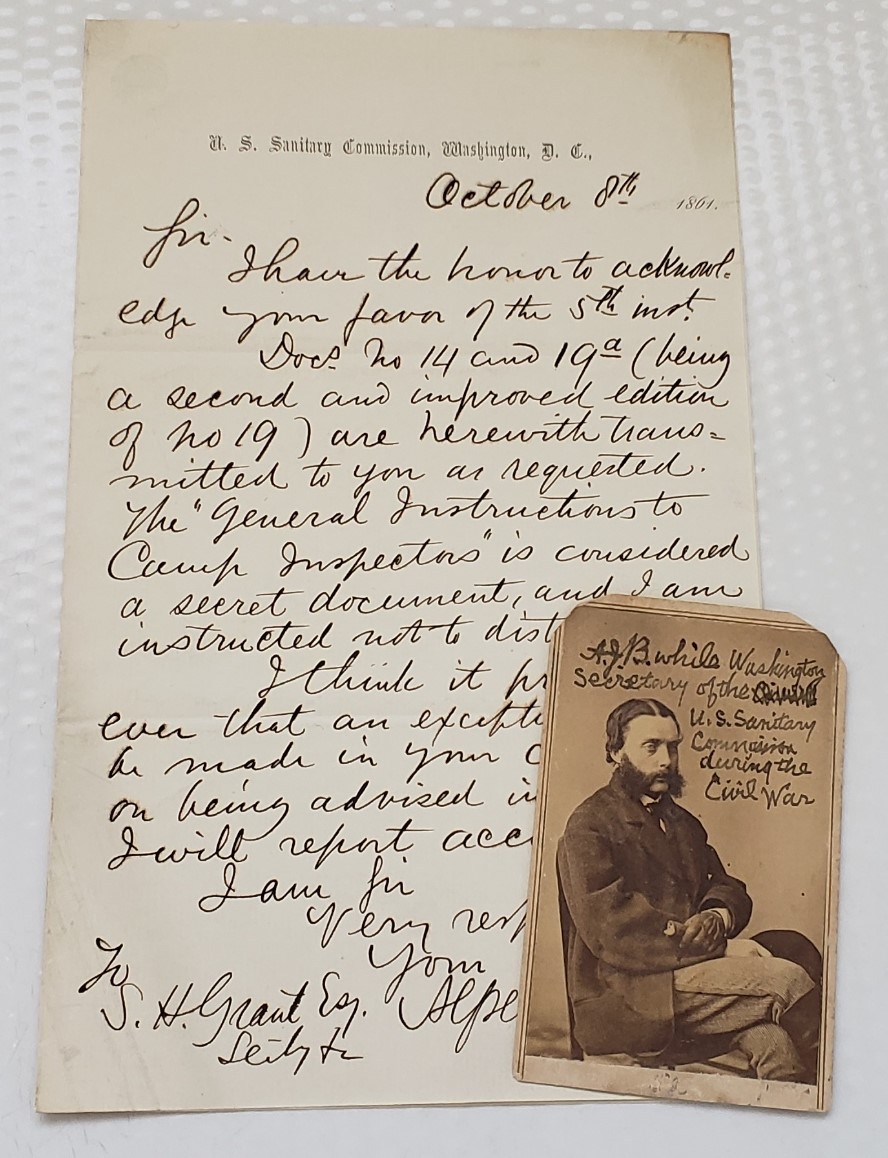 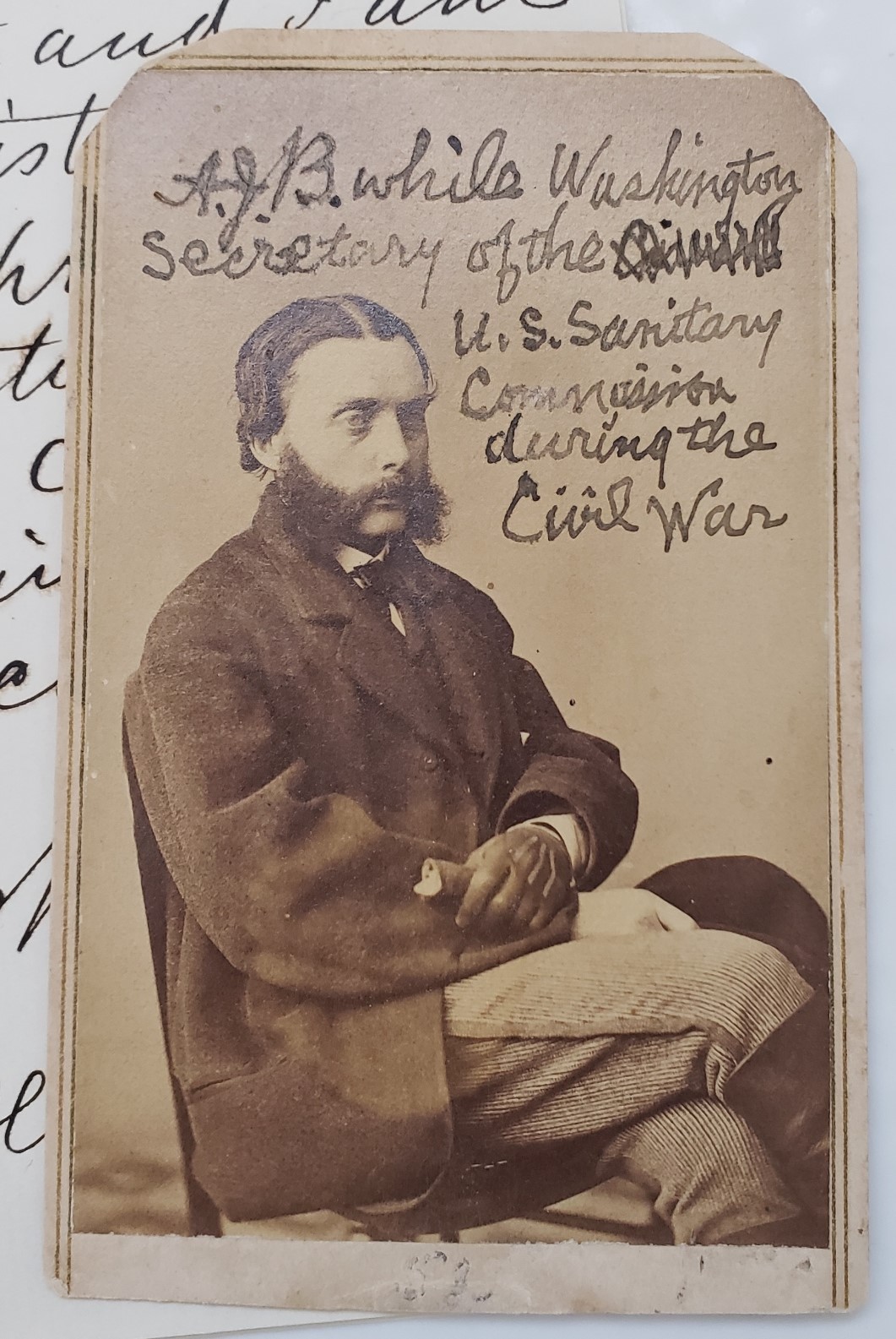 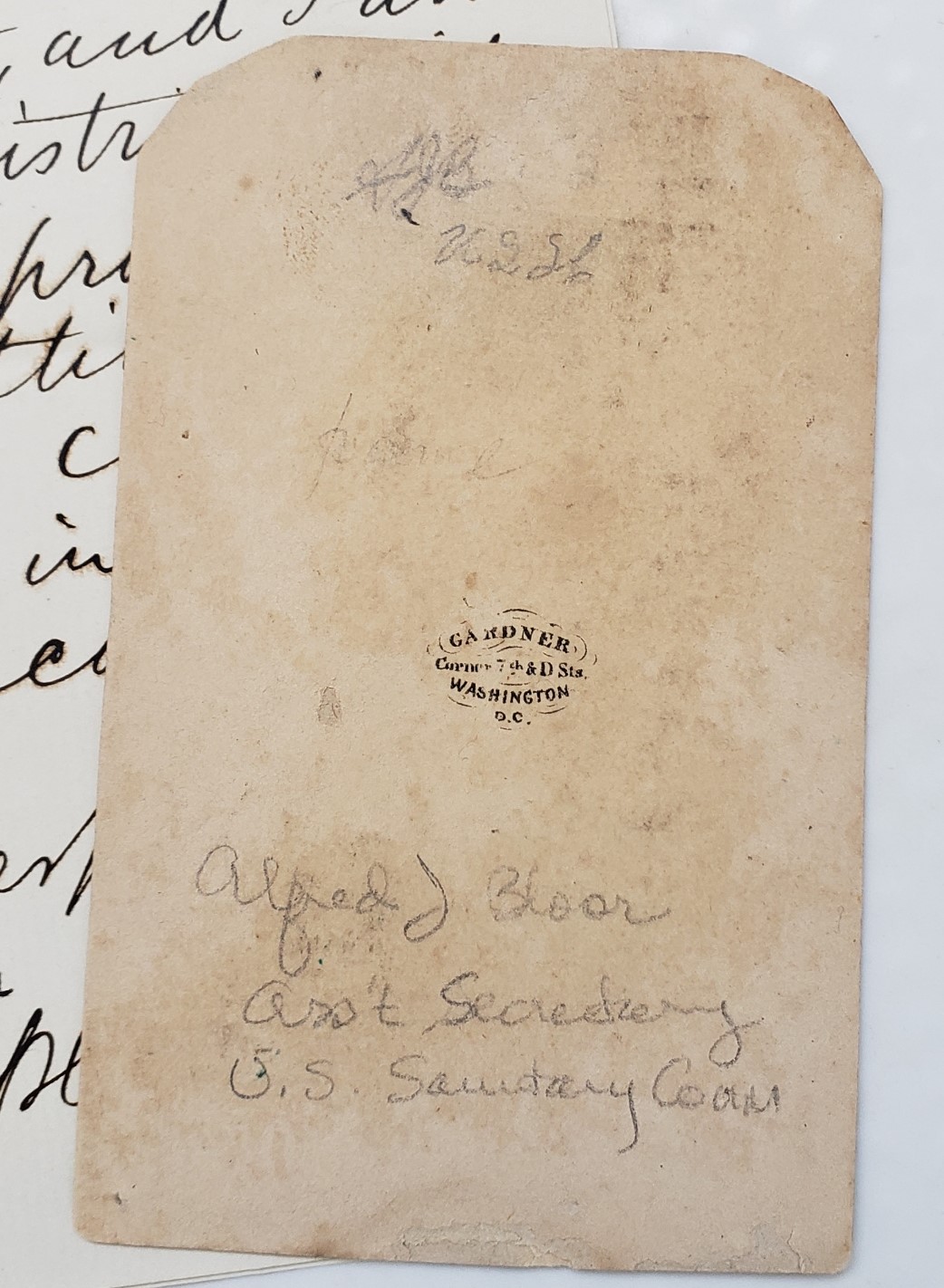 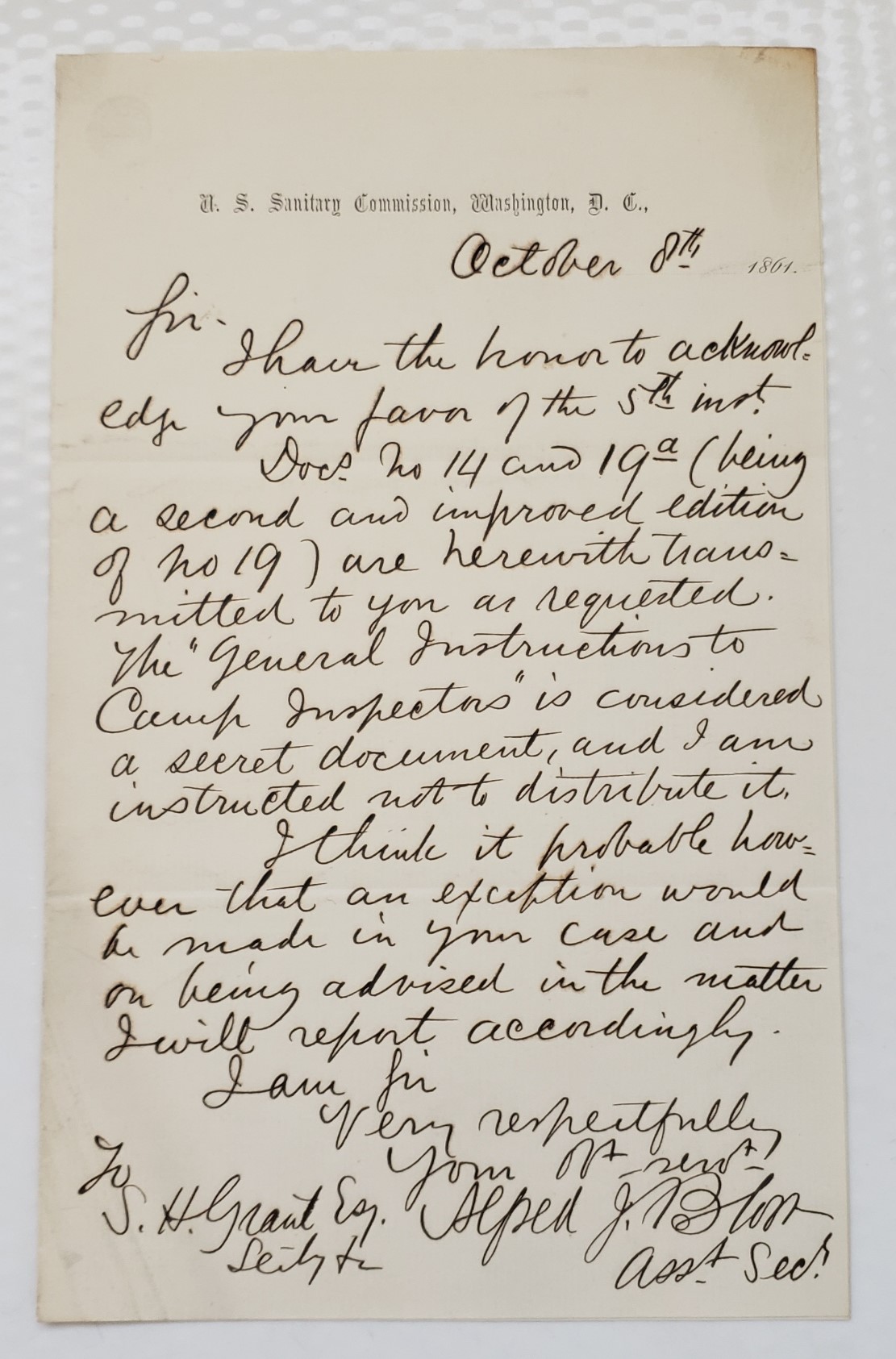 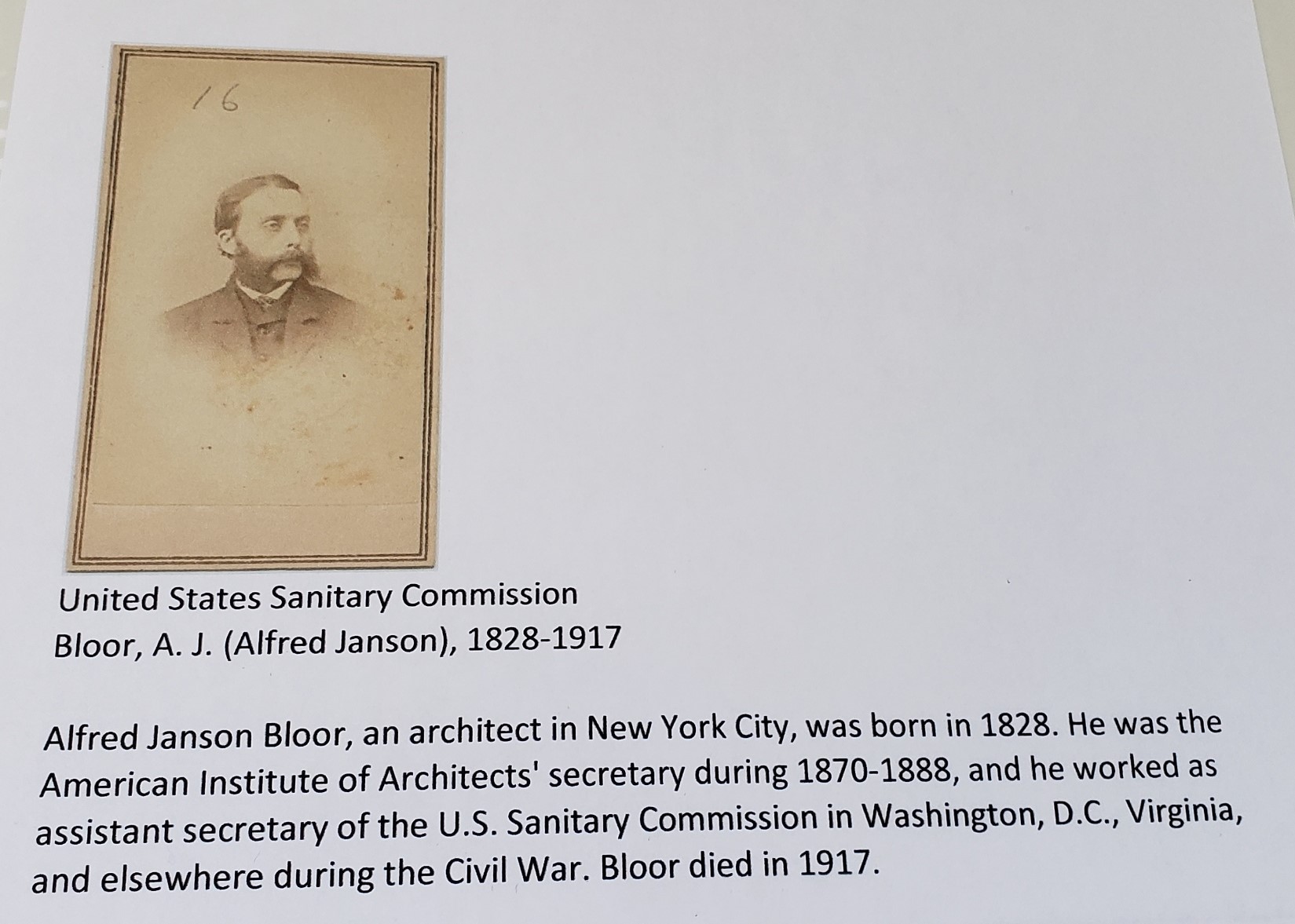 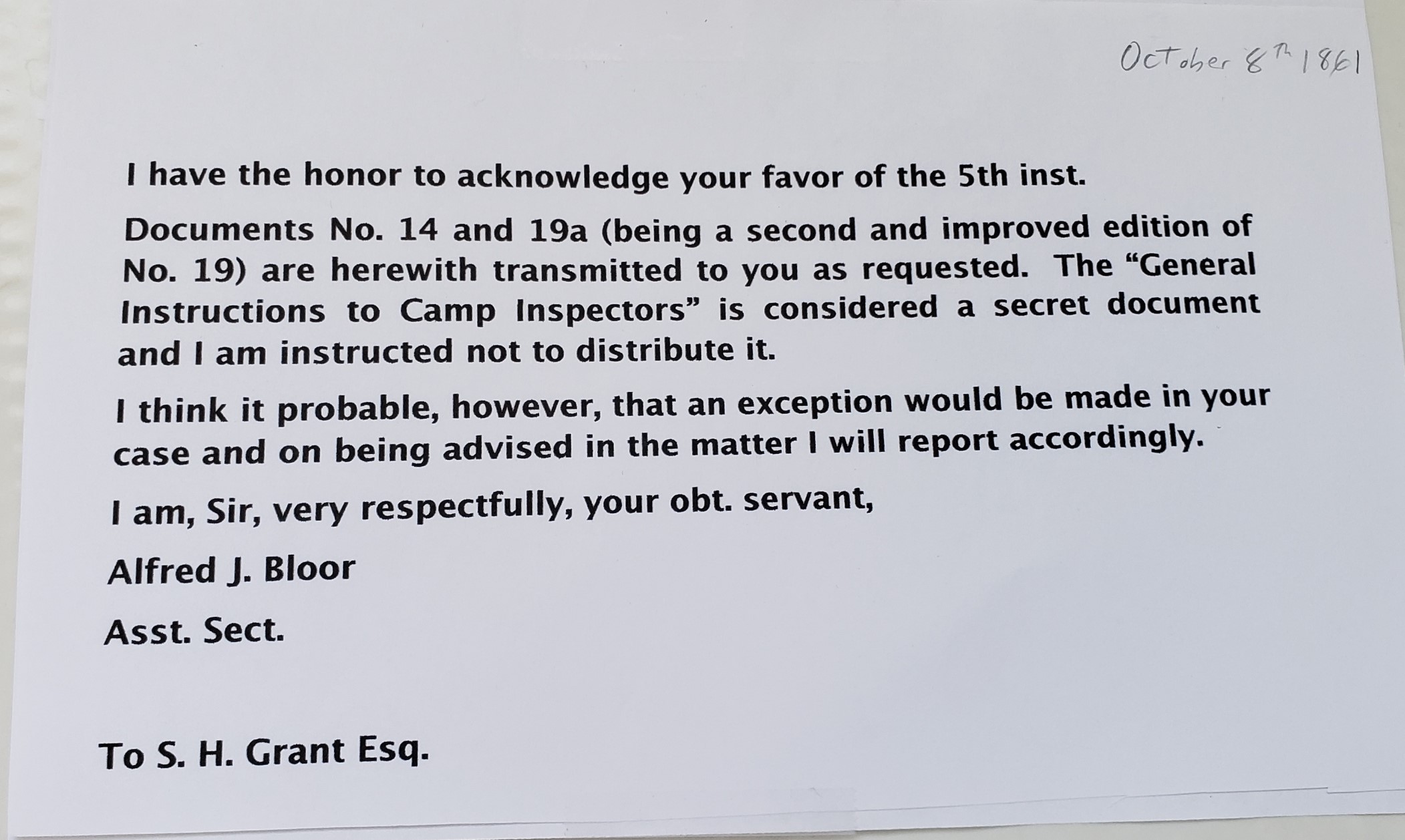 Click on an image to enlarge
ALFRED JANSON BLOOR ~
A.J.B. WHILE WASHINGTON SECRETARY OF THE UNITED STATES SANITARY COMMISSION DURING THE CIVIL WAR

Alfred Janson Bloor born about 1828 in Edinburgh, Scotland[1], the son of John Bloor and Sarah Vidler and brother of William Vidler Bloor, Edward Henry Bloor, Henry Pritchard Bloor and Charlotte E L (Bloor) Brown.
In 1855 he was living with his brother Henry, sister Charlotte and Aunt Louisa in Ward 8, Brooklyn City, Kings, New York, United States [2].
He was an architect, author and poet, who became extremely well known in the United States. "Alfred Janson Bloor, an architect in New York City, was born in 1828. He was the American Institute of Architects' secretary during 1870-1888, and he worked as assistant secretary of the U.S. Sanitary Commission in Washington, D.C., Virginia, and elsewhere during the Civil War. Bloor died in 1917" [3].
He passed away on 19 January 1917, in Stonington, New London, Connecticut, United States. His biography gives further details of his life. "BLOOR, ALFRED JANSON F.A.I.A. - An architect, whose home was in New York City, died at Stonington, Connecticut, November 19, 1917, aged eighty-nine. He was made a Fellow of the American Institute of Architects in 1861, and was Secretary of the Institute, 1874-77; 1881-83 and 1887-89. In 1867 he was elected Secretary of the New York Chapter of the American Institute of Architects and retained that office until 1898. He was one of the founders of the Metropolitan Museum of Art, and a member of the Willard Architectural Committee which secured and installed the Willard collection of casts at the Museum in 1886. He was also a member of the American Numismatic Society. XV - 1918" [4].Henry was buried in the Green-Wood Cemetery, Brooklyn, Kings County (Brooklyn), New York, USA with his parents and two siblings