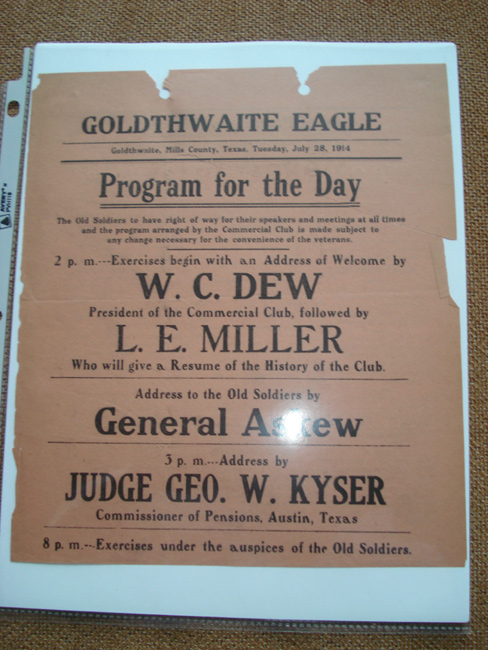 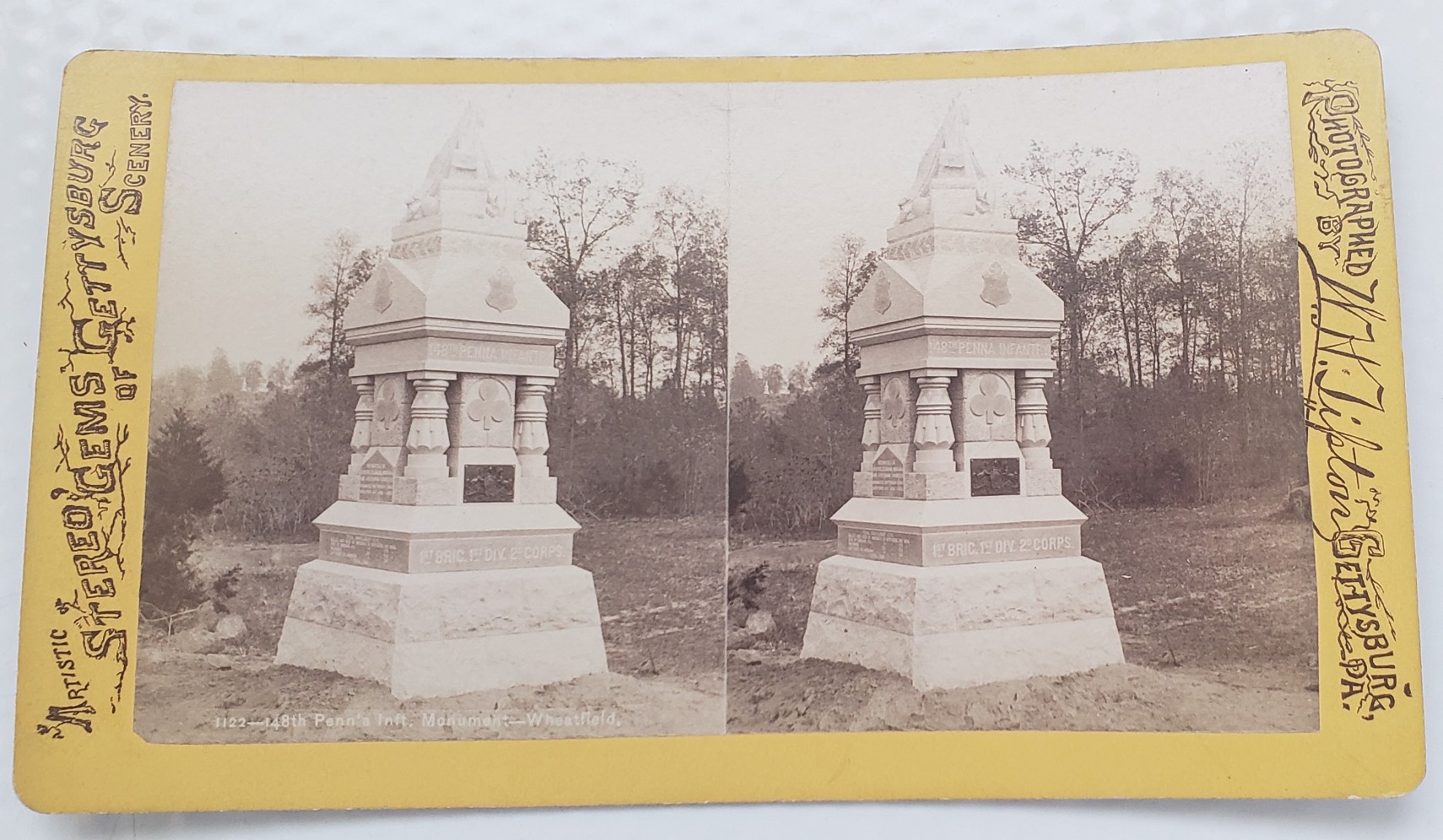 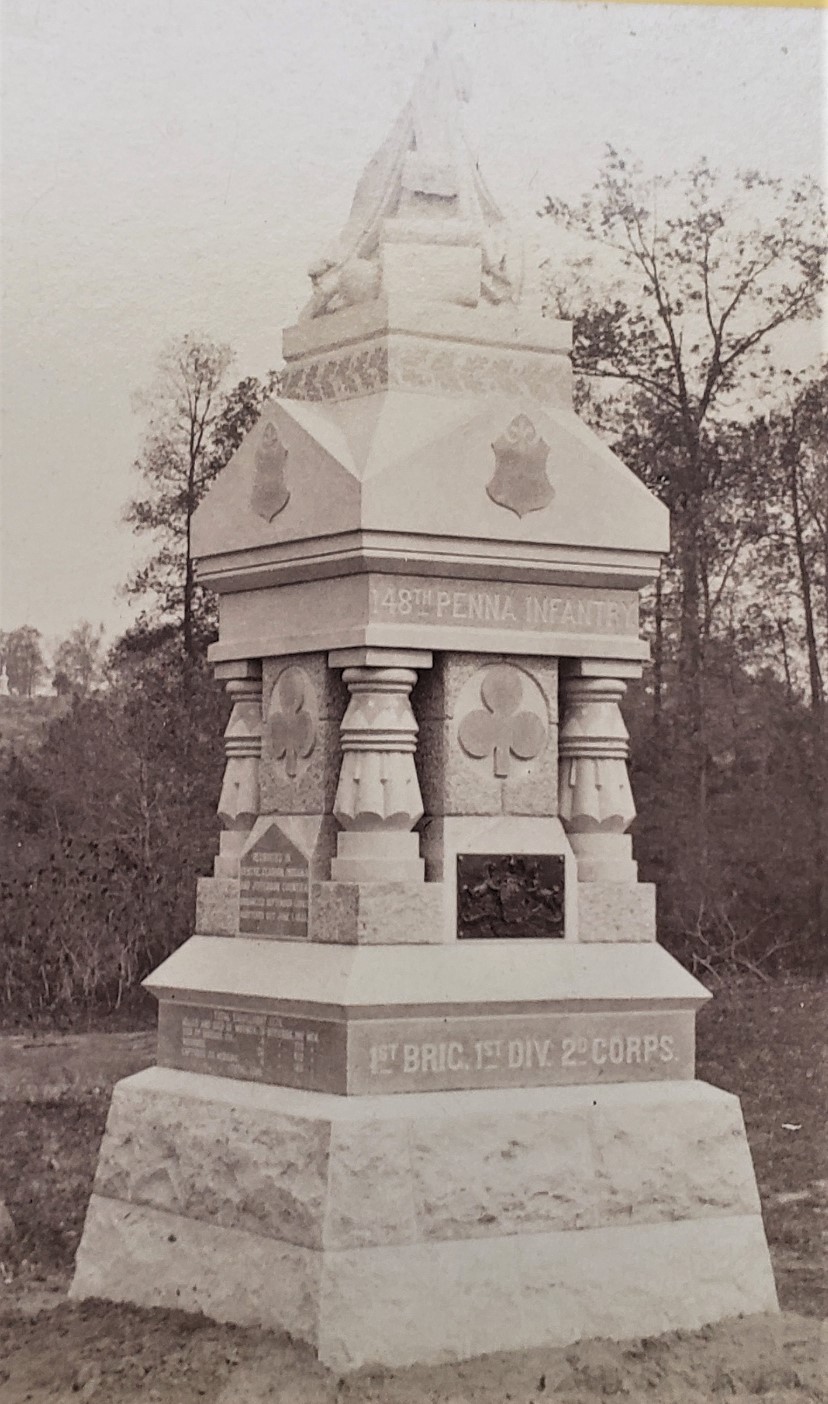 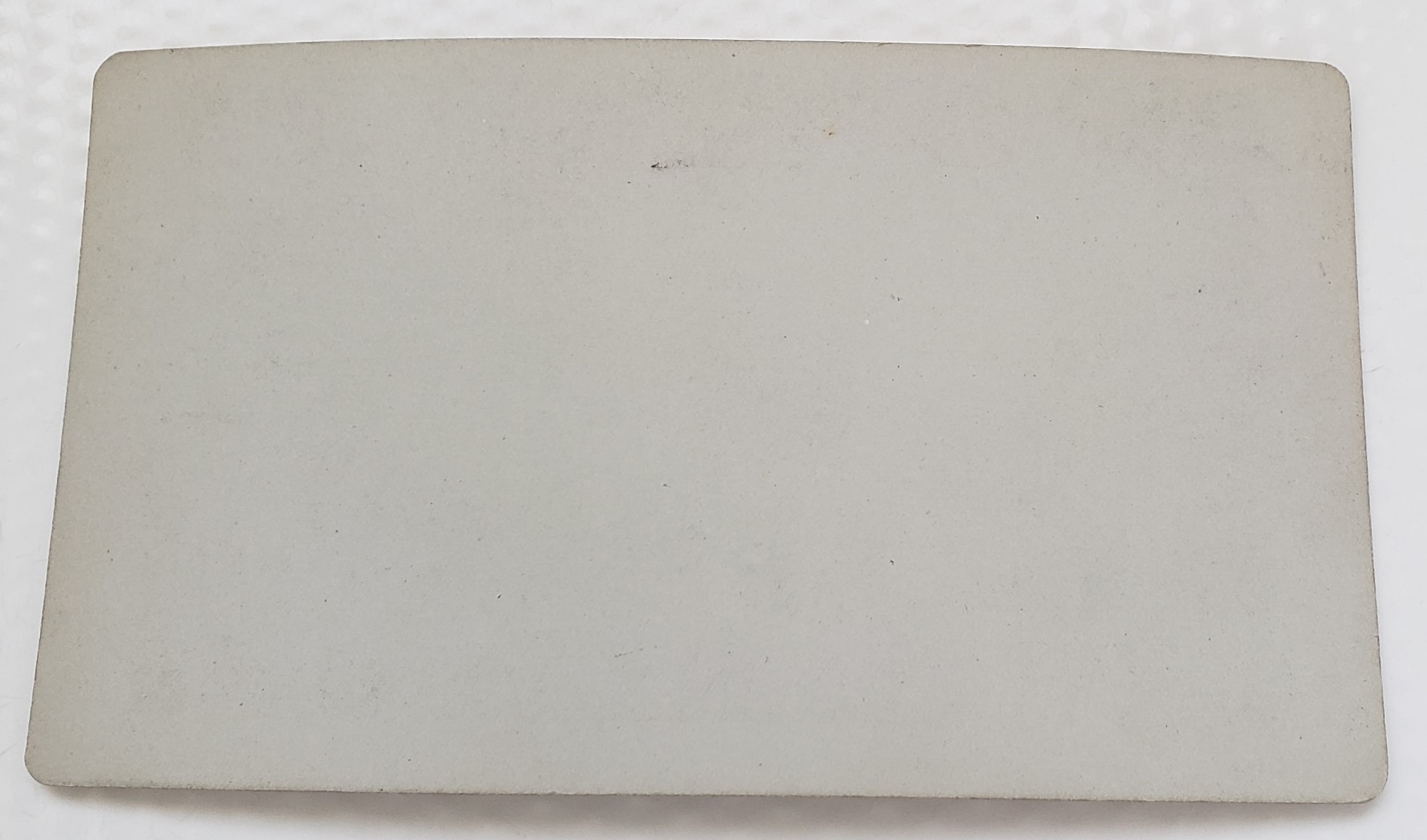 There are two monuments to the 148th Pennsylvania Volunteer Infantry Regiment on the Gettysburg battlefield. The 148th Pennsylvania’s main monument is in the Wheatfield along Ayers Avenue. (Ayers Avenue – Wheatfield tour map) A smaller monument along Hancock Avenue was erected in 1901 that shows the regiment’s position in support of artillery batteries after the evening of July 2.
The commander of the 148th Pennsylvania, Colonel James Beaver, was on sick leave during the Battle of Gettysburg. On June 30th brigade commander Colonel Edward Cross took the unusual step of temporarily transferring the commander of the 81st Pennsylvania Infantry, Colonel Henry B. McKeen, to command the 148th. Knowing a big battle was coming he felt the regiment needed a firmer hand than its inexperienced Lieutenant Colonel Robert McFarlane, especially since the 148th represented half the strength of his brigade. McFarlane would still take over the regiment on July 2 when Colonel Cross was mortally wounded and Colonel McKeen took command of the brigade as senior surviving colonel.