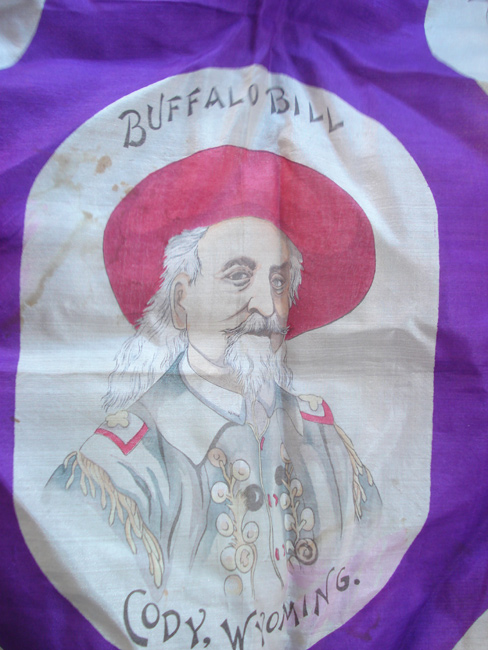 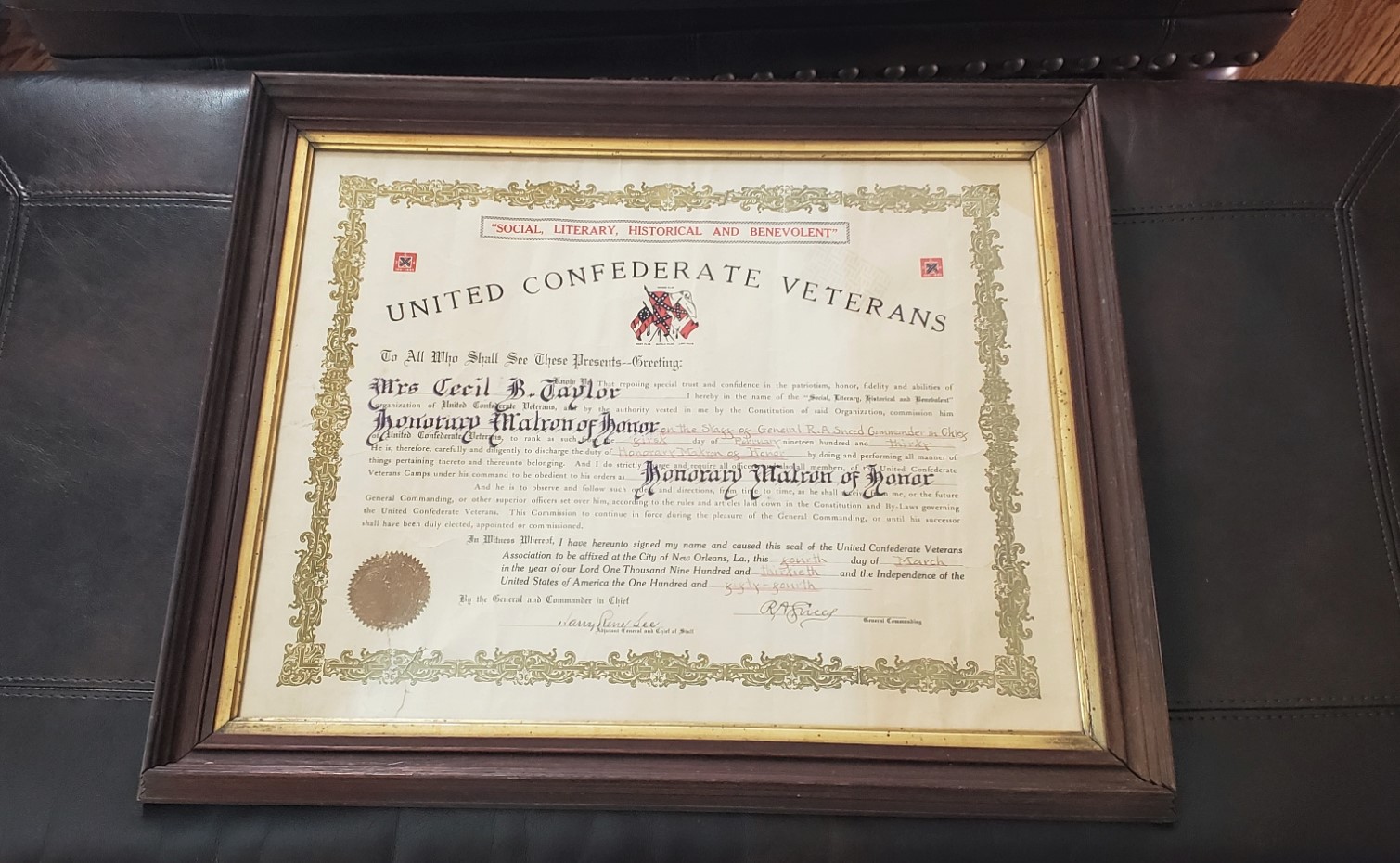 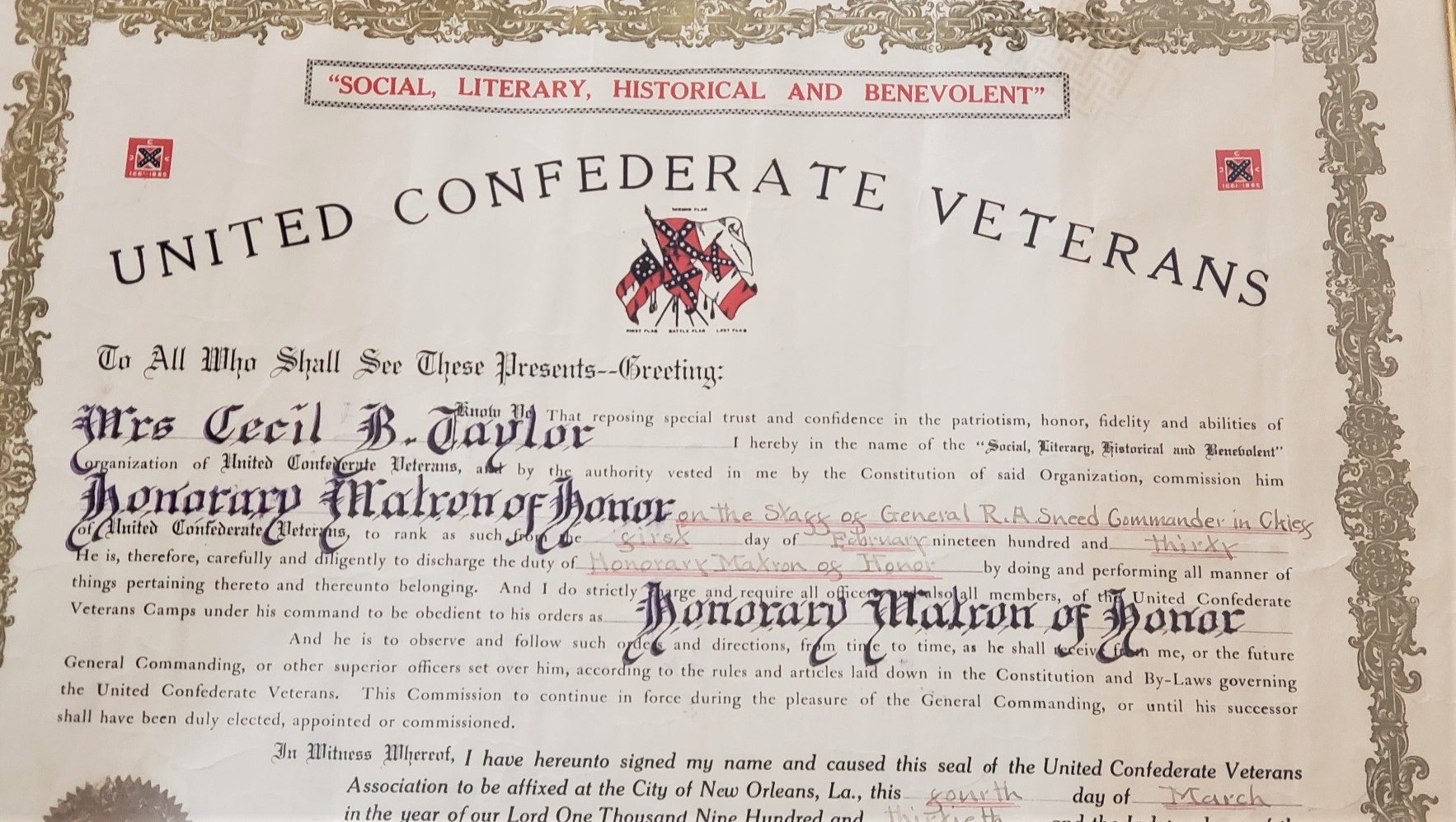 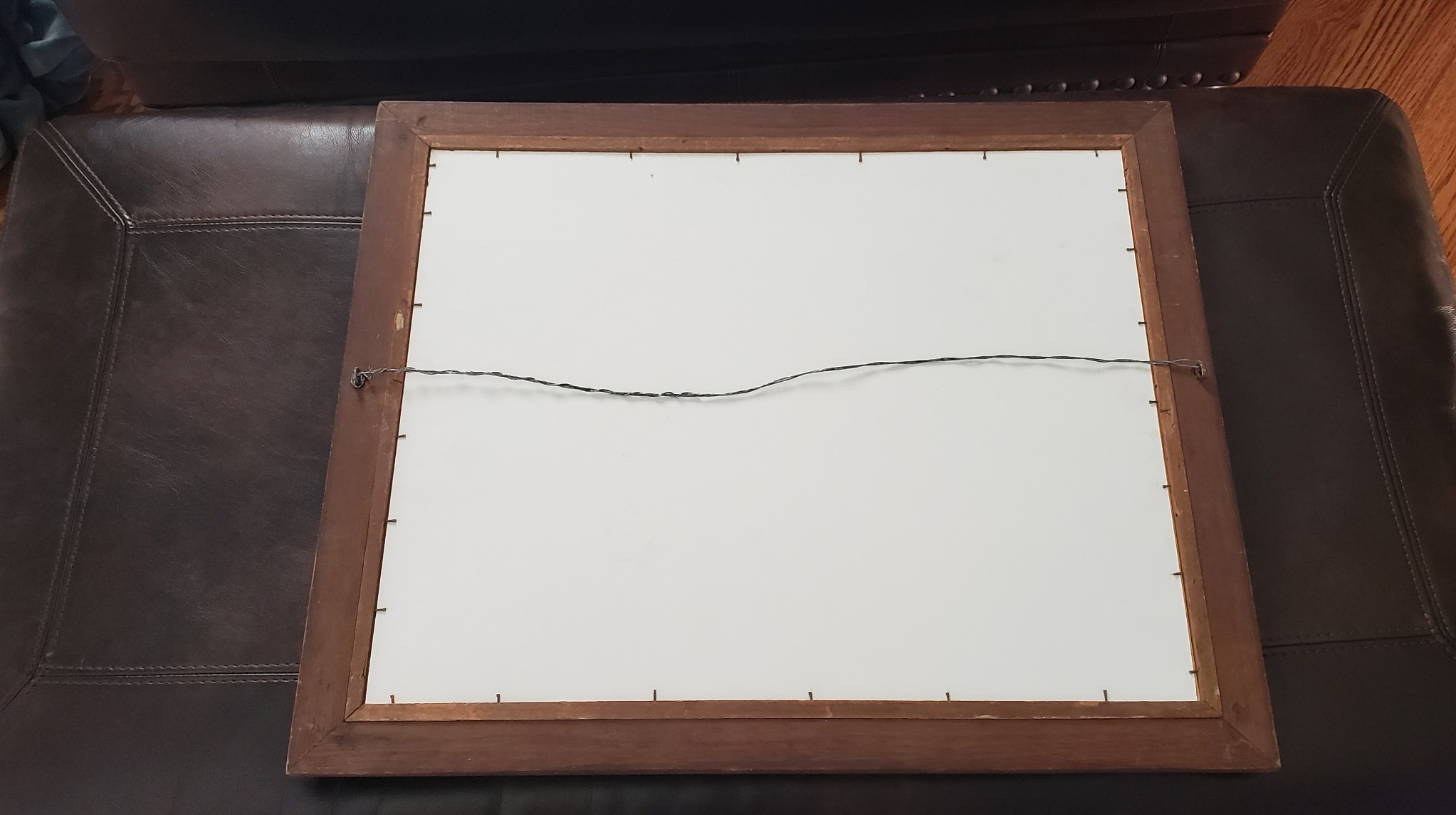 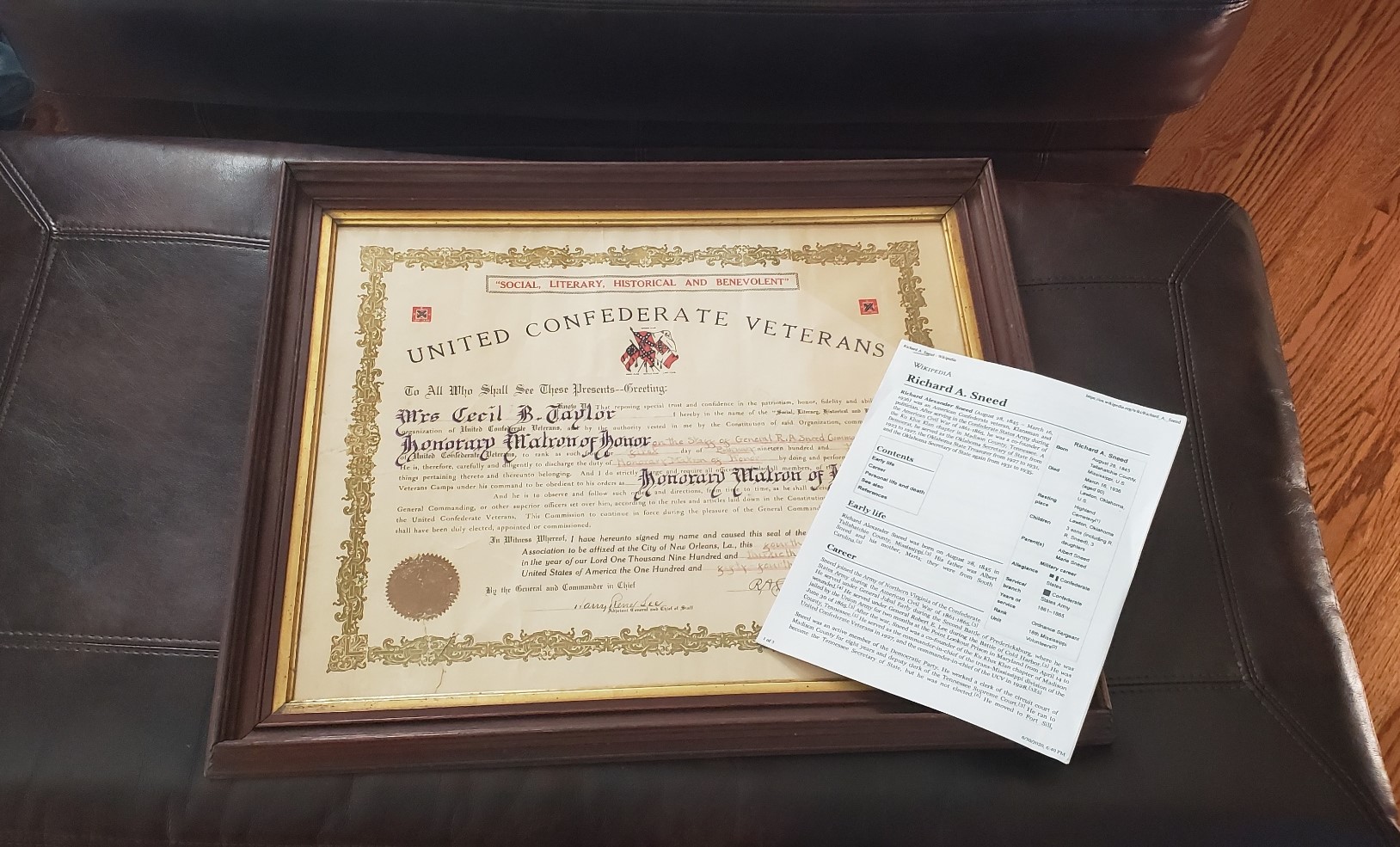 Click on an image to enlarge
NICELY FRAMED COMMISSION PRESENTED TO MRS. CECIL B. TAYLOR AS HONORARY MATRON OF HONOR ON THE STAFF OF GENERAL R.A. SNEED, COMMANDER IN CHIEF OF THE UNITED CONFEDERATE VETERANS.