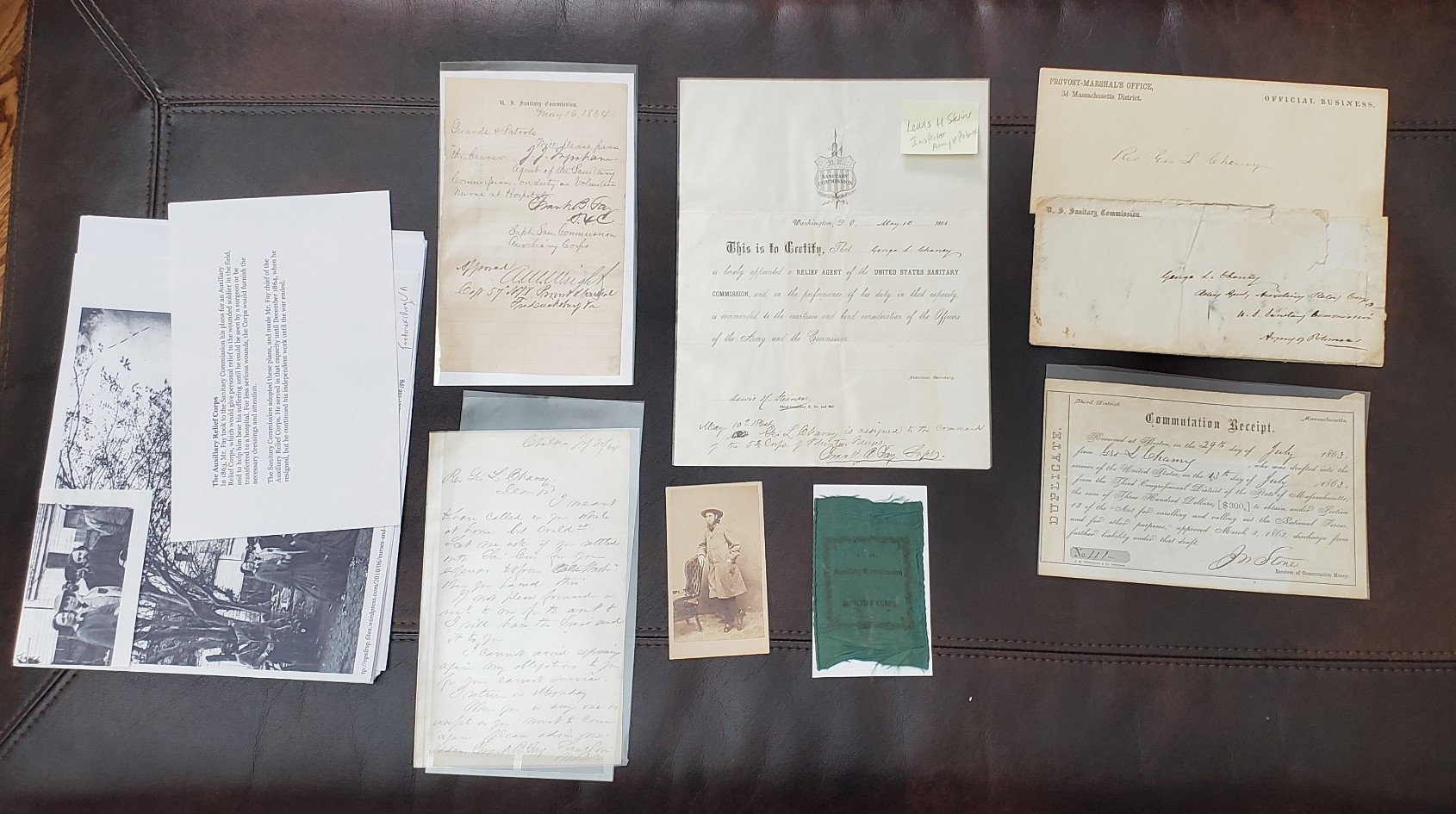 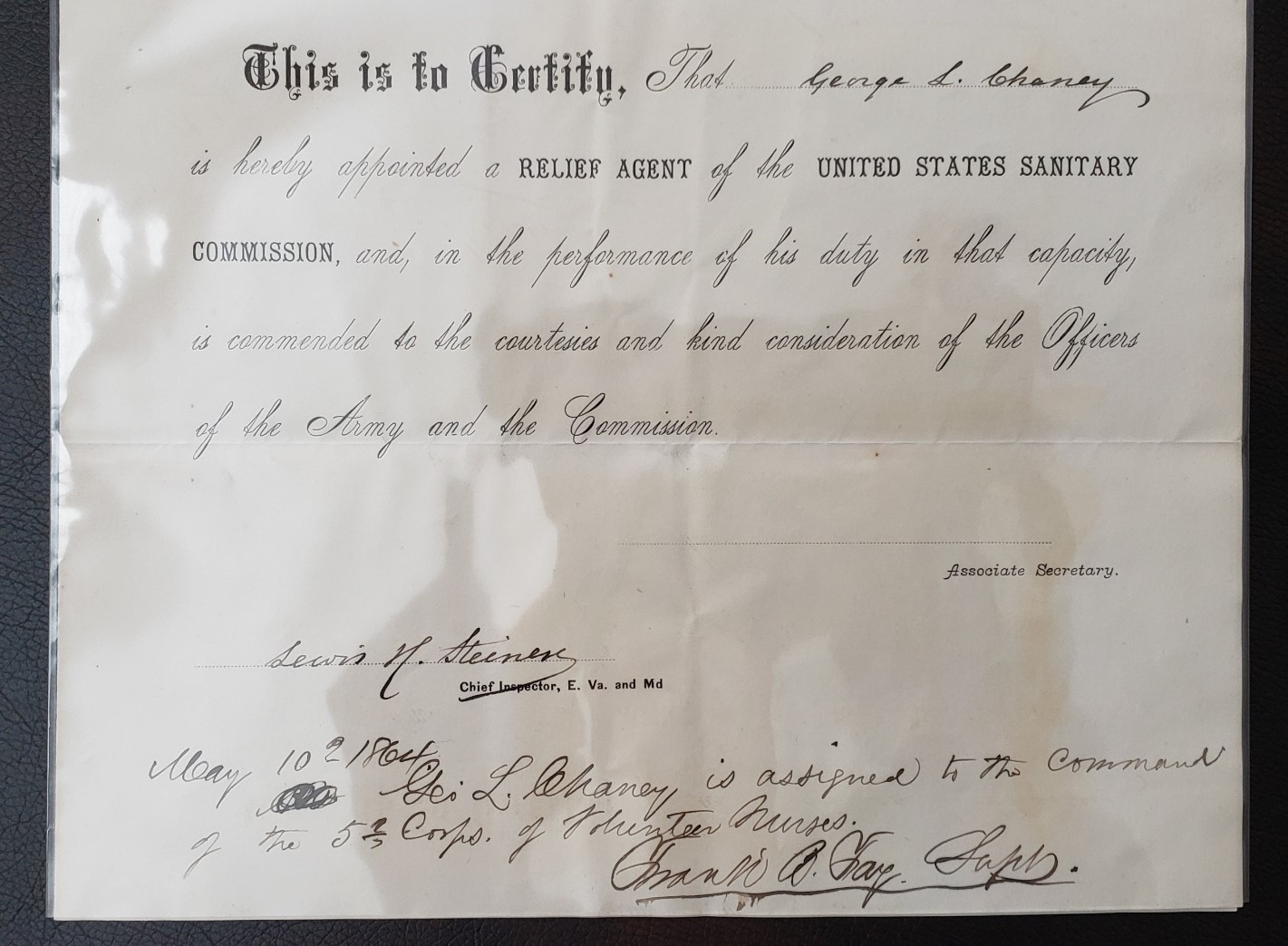 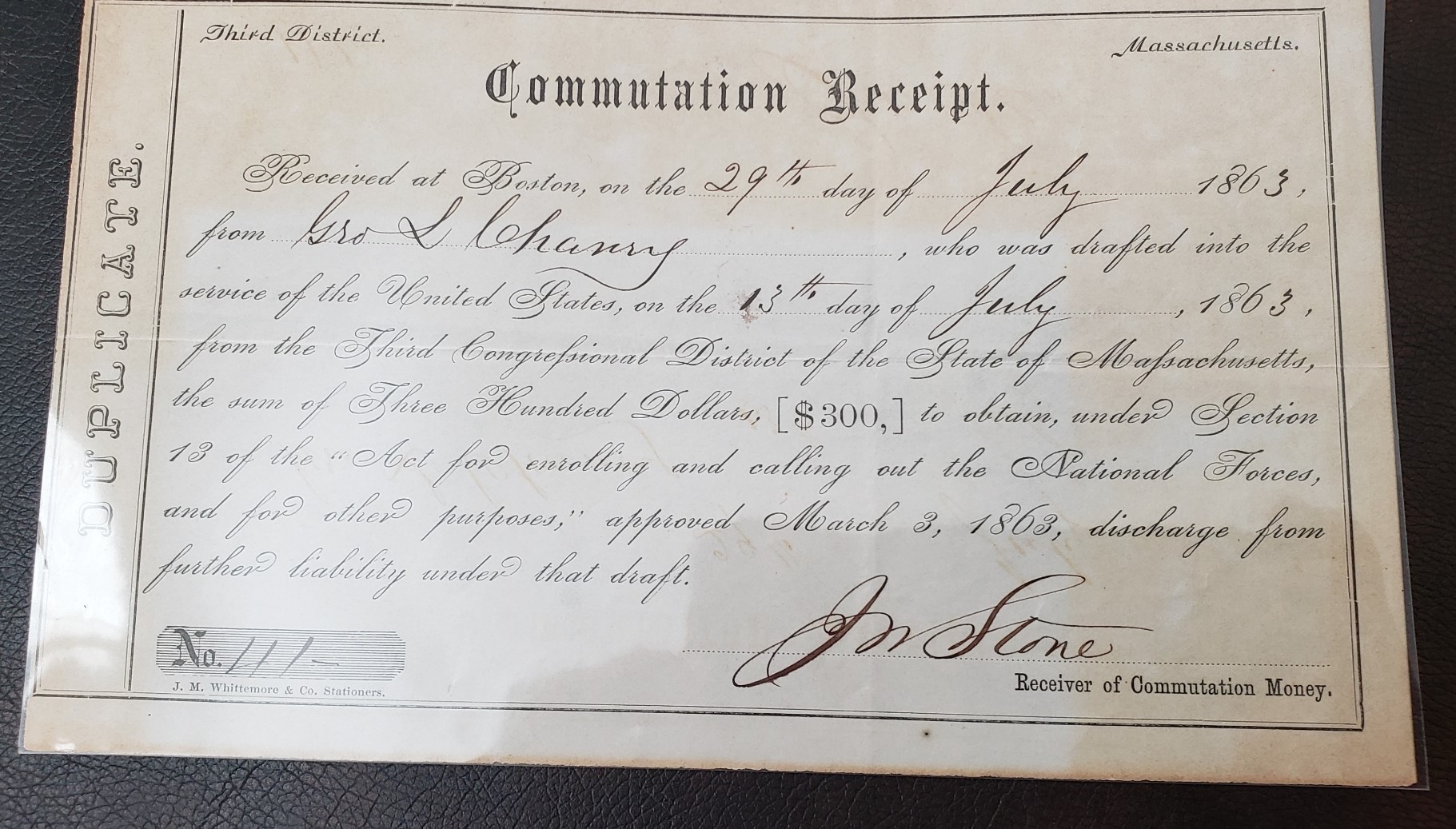 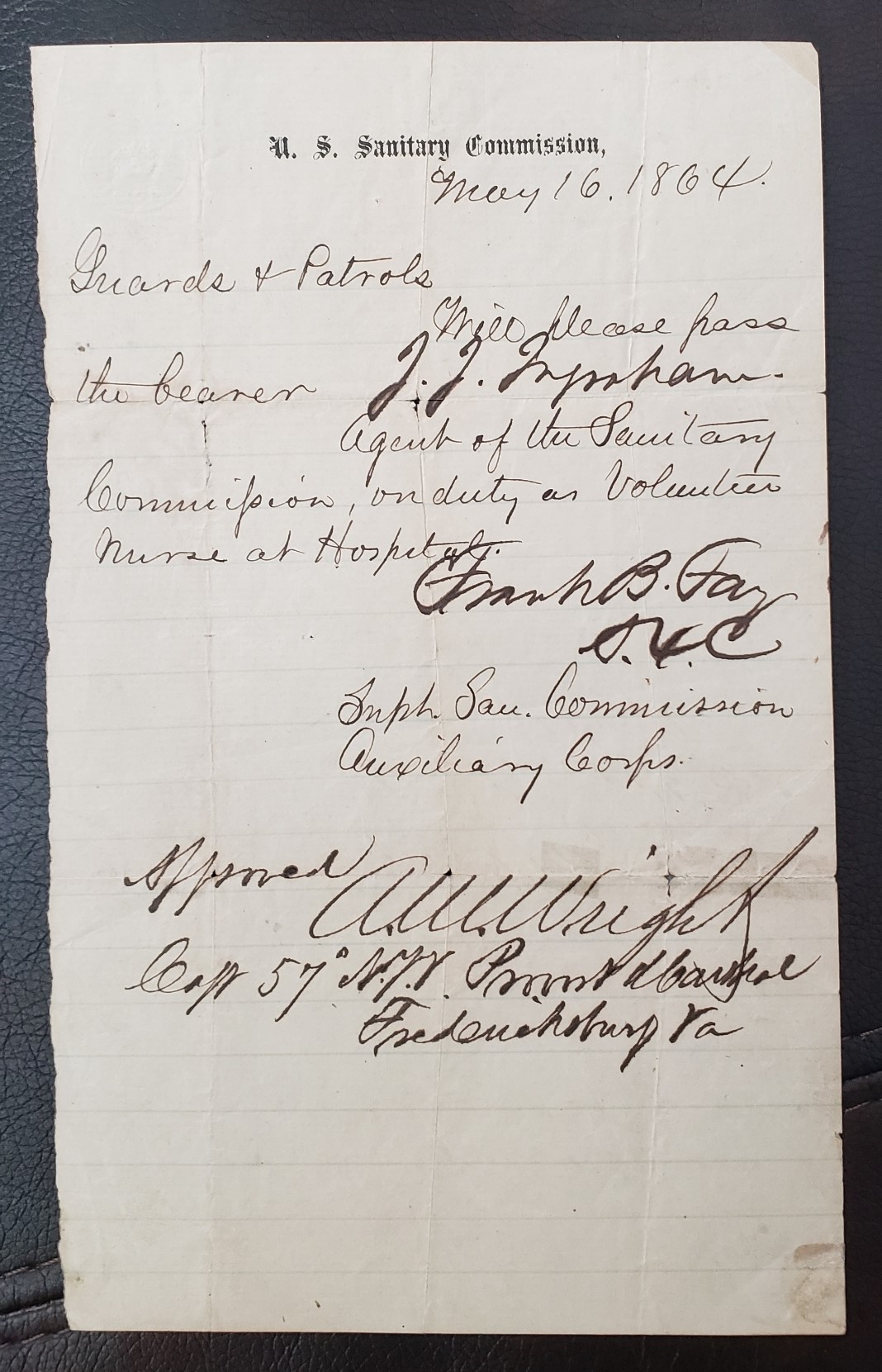 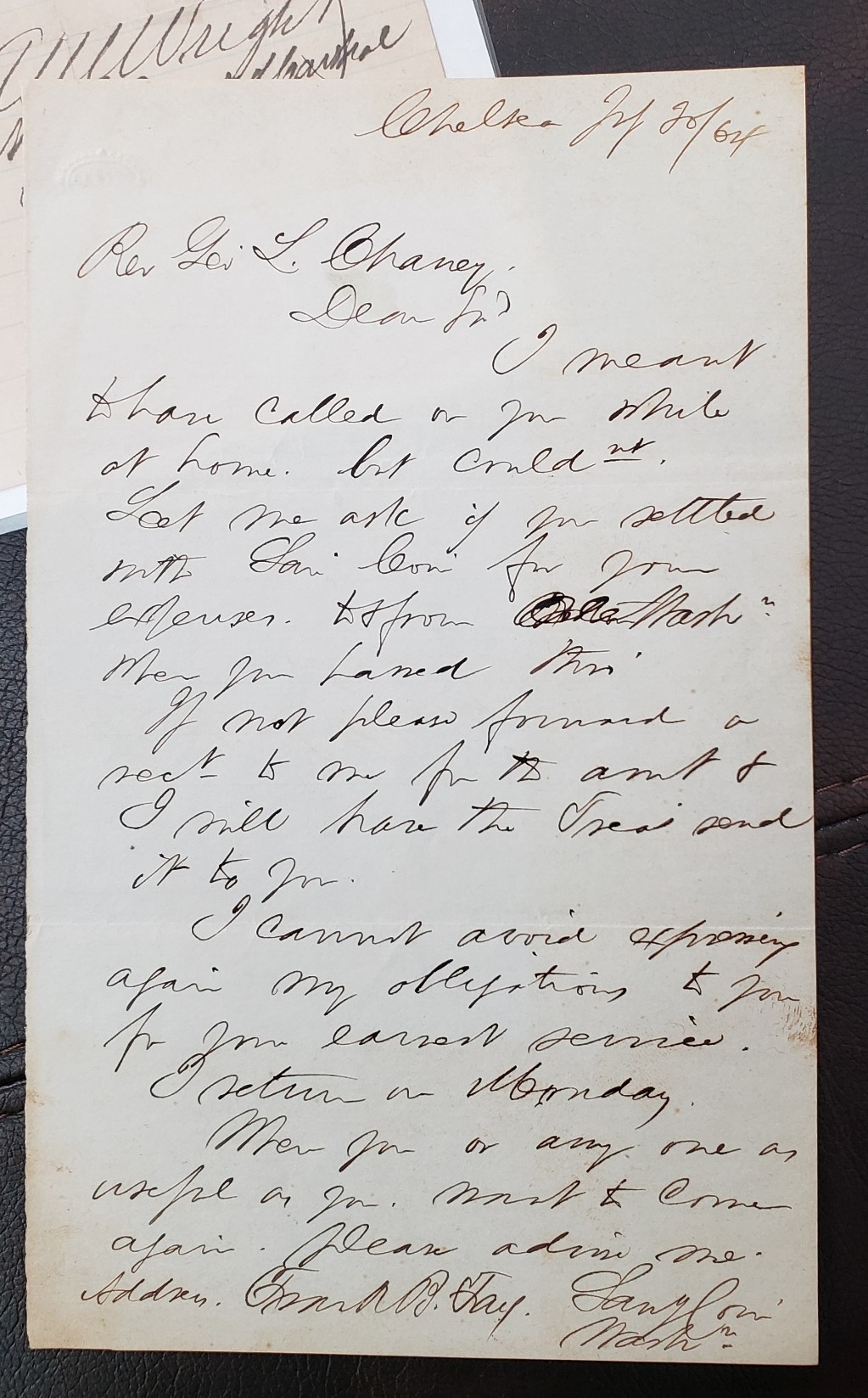 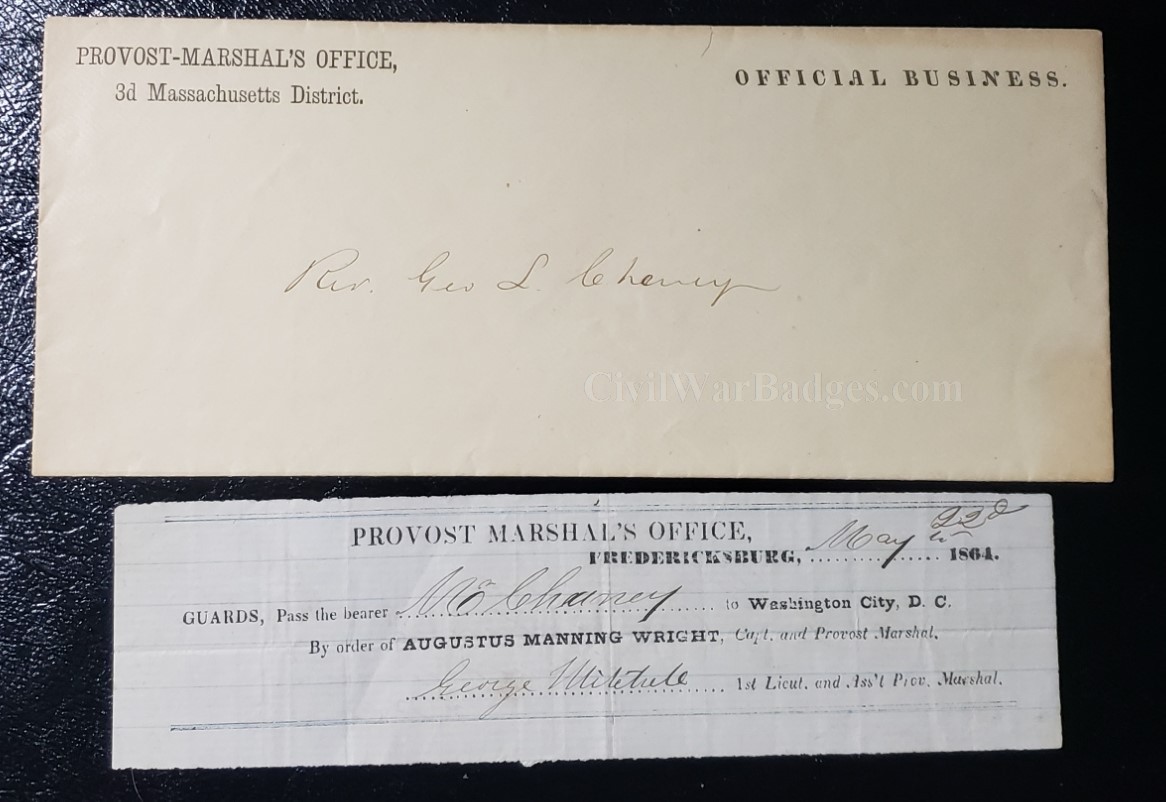 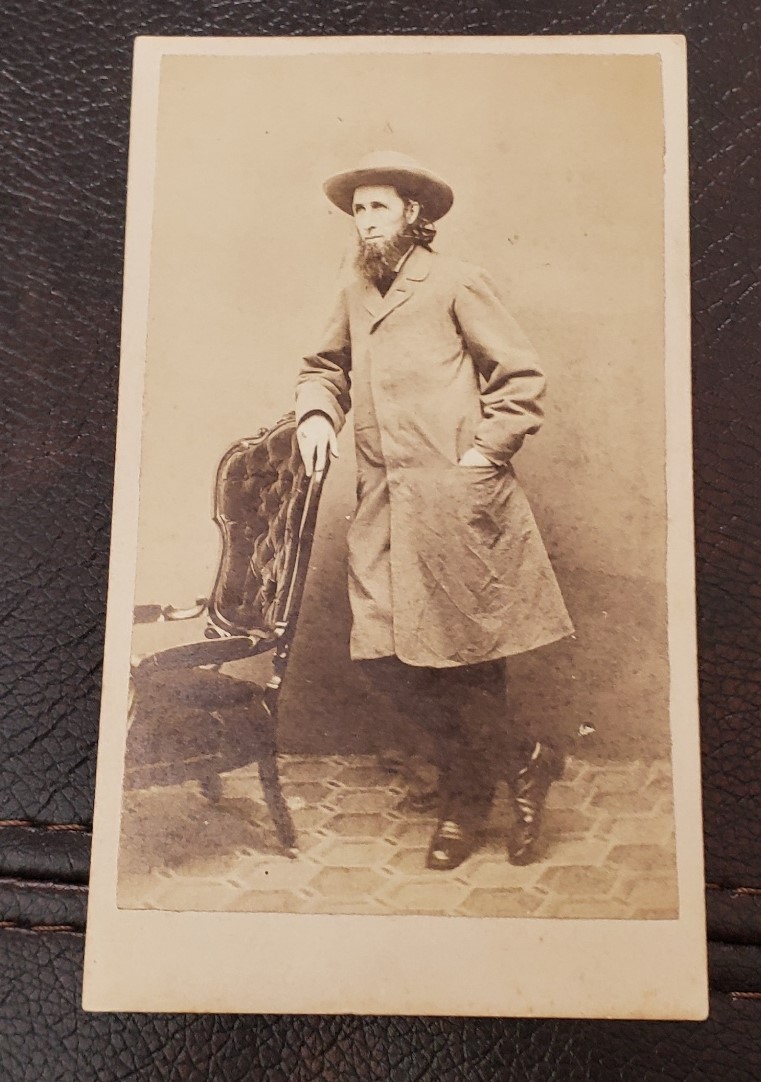 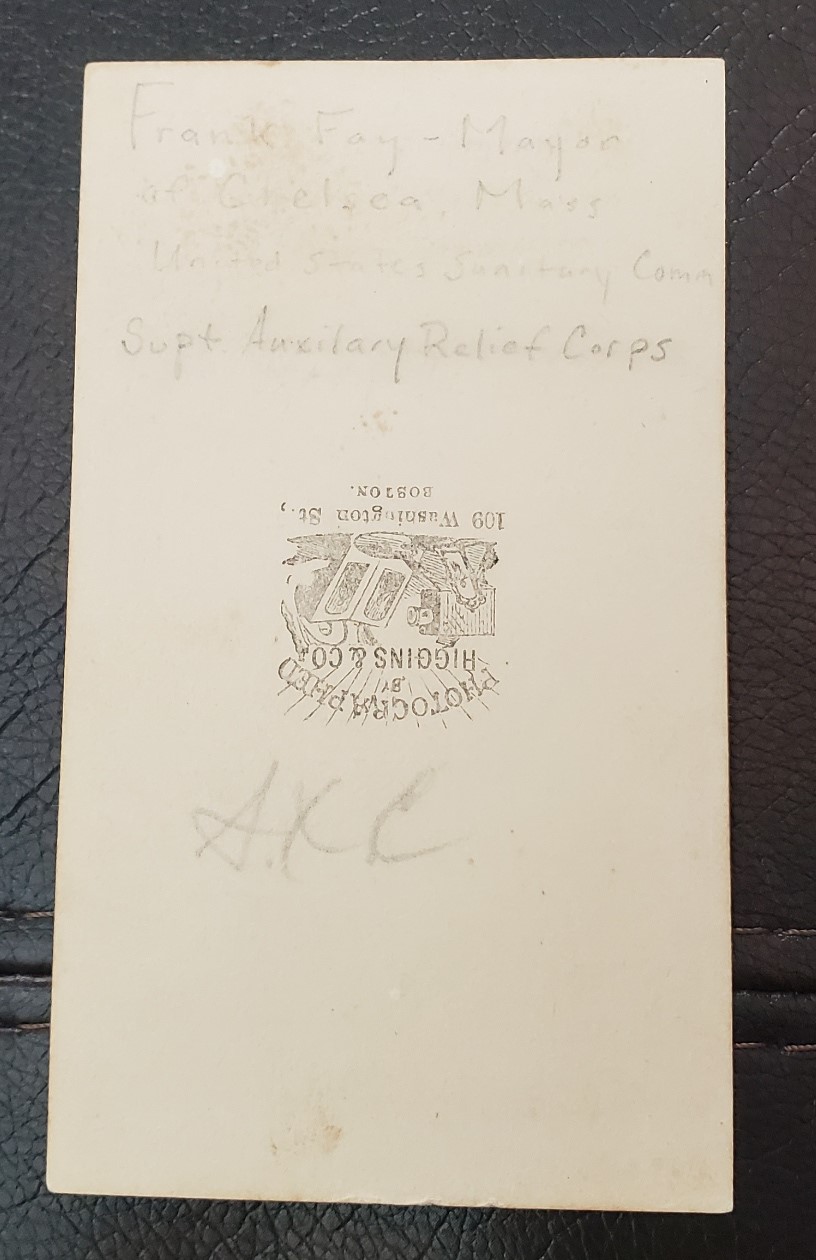 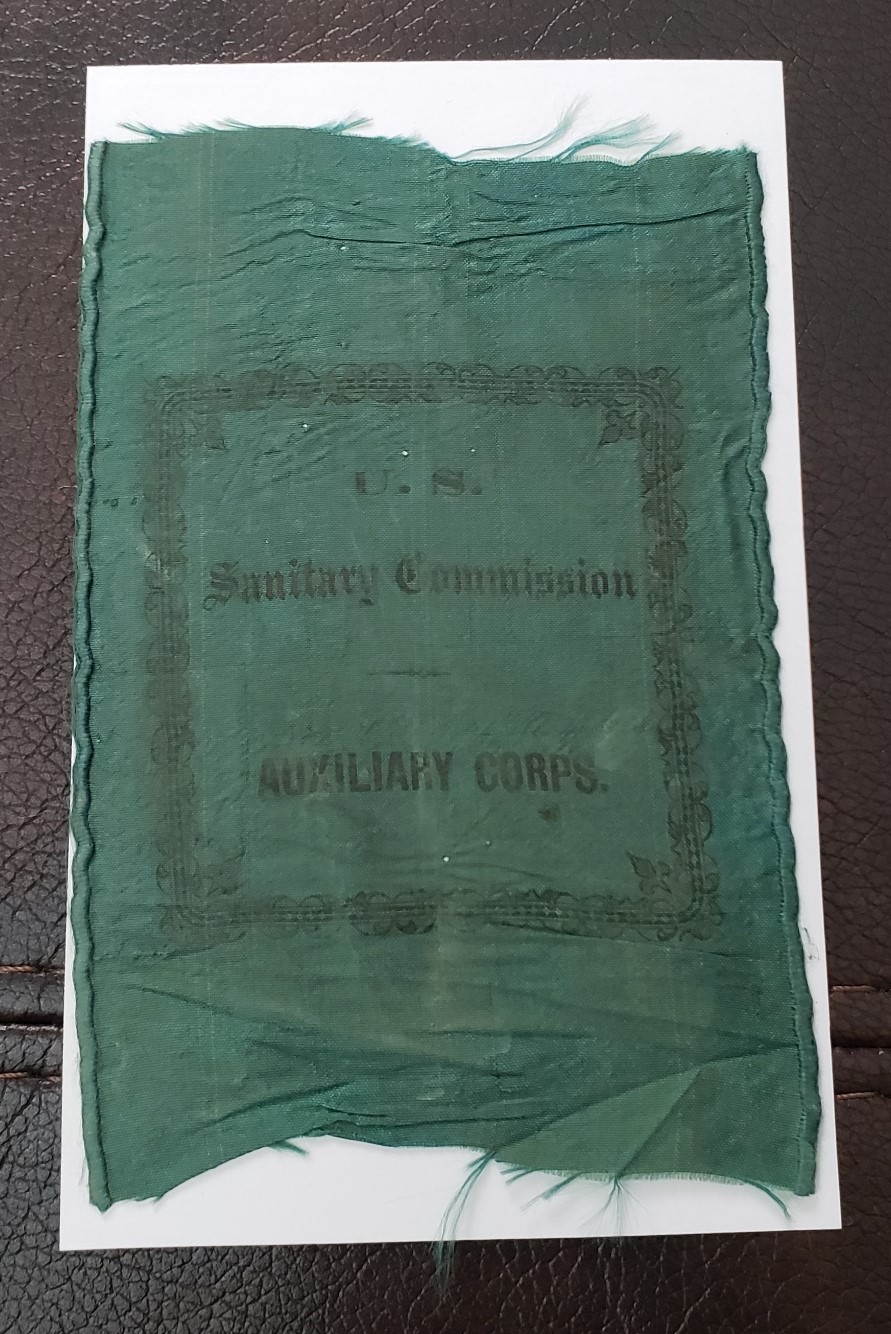 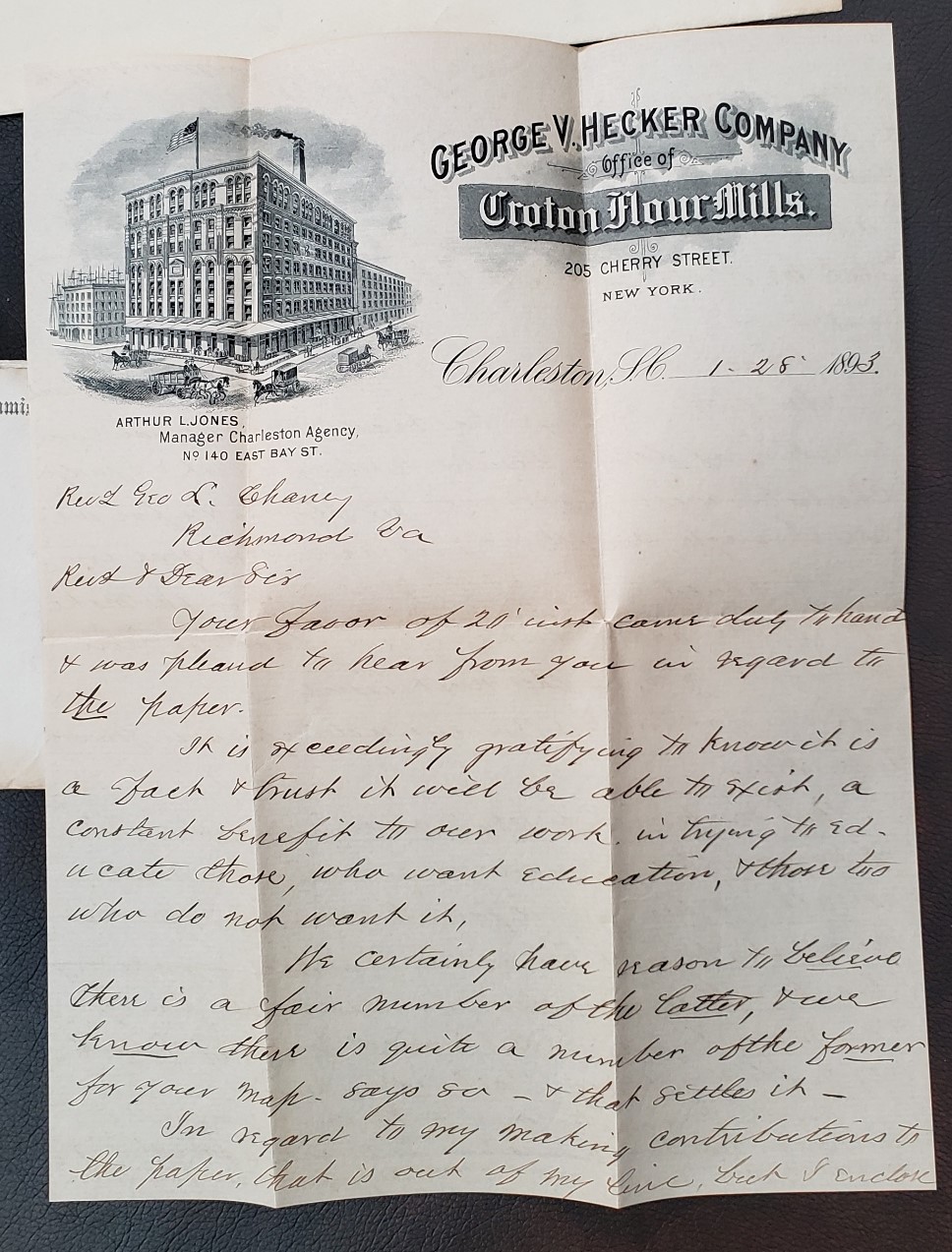 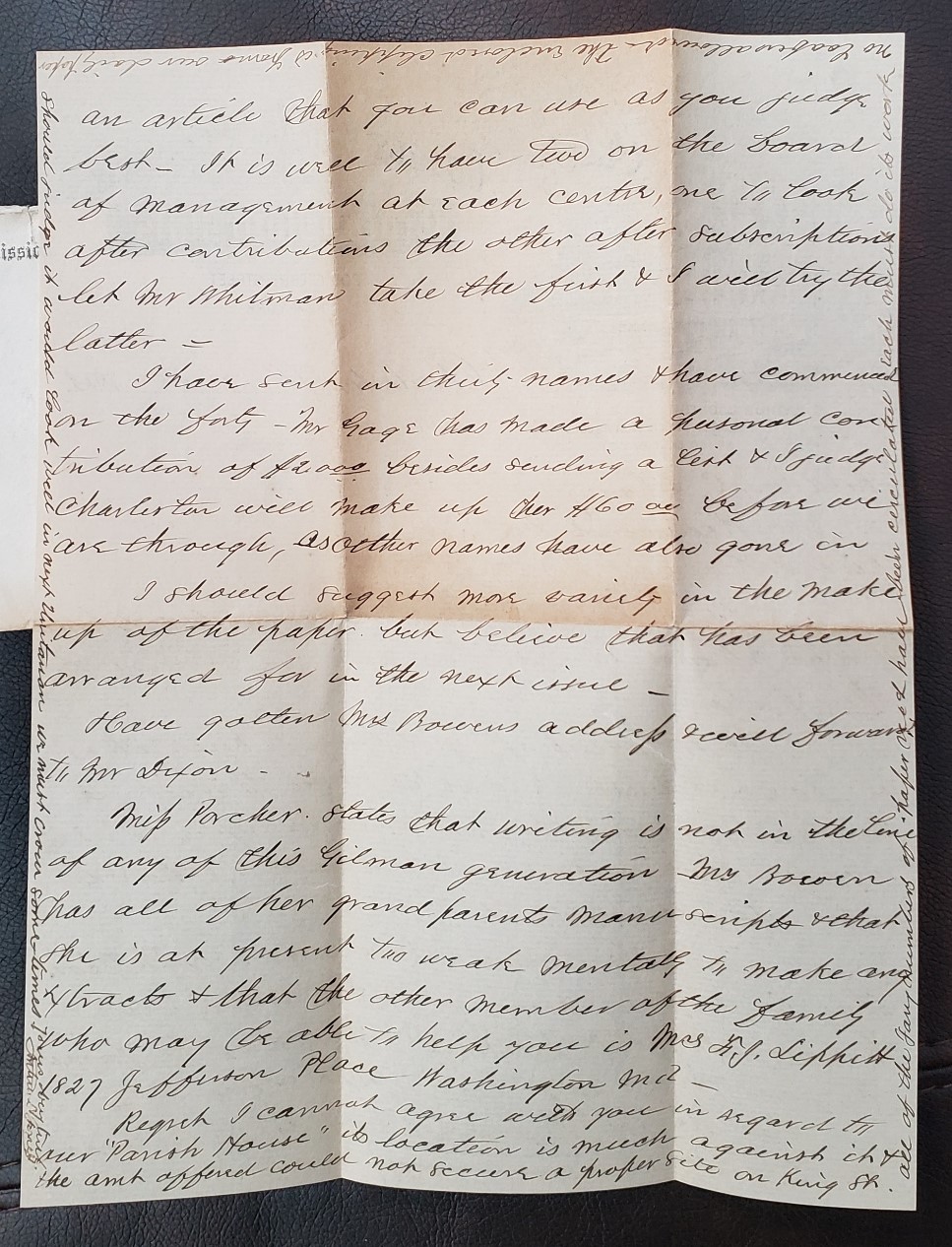 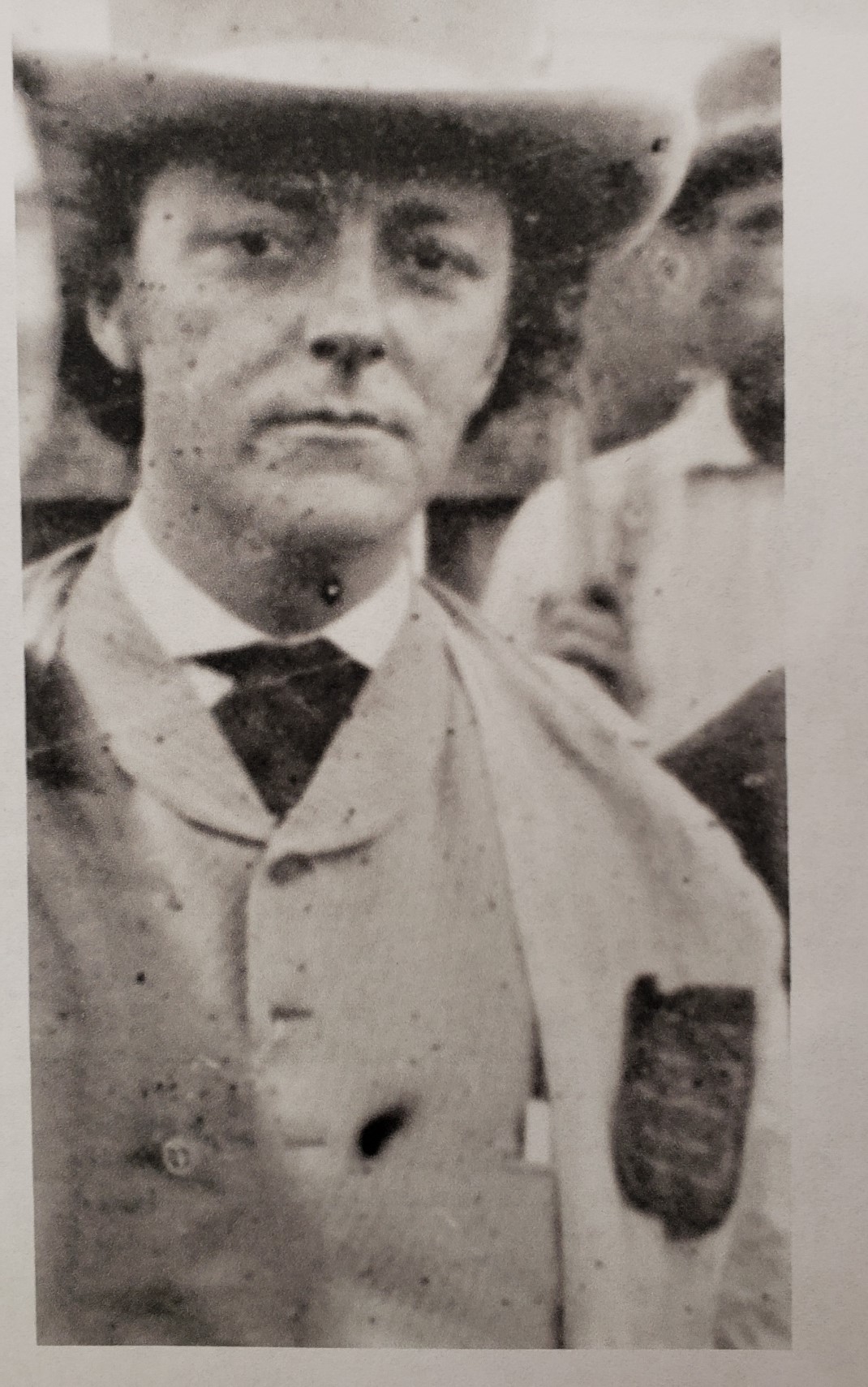 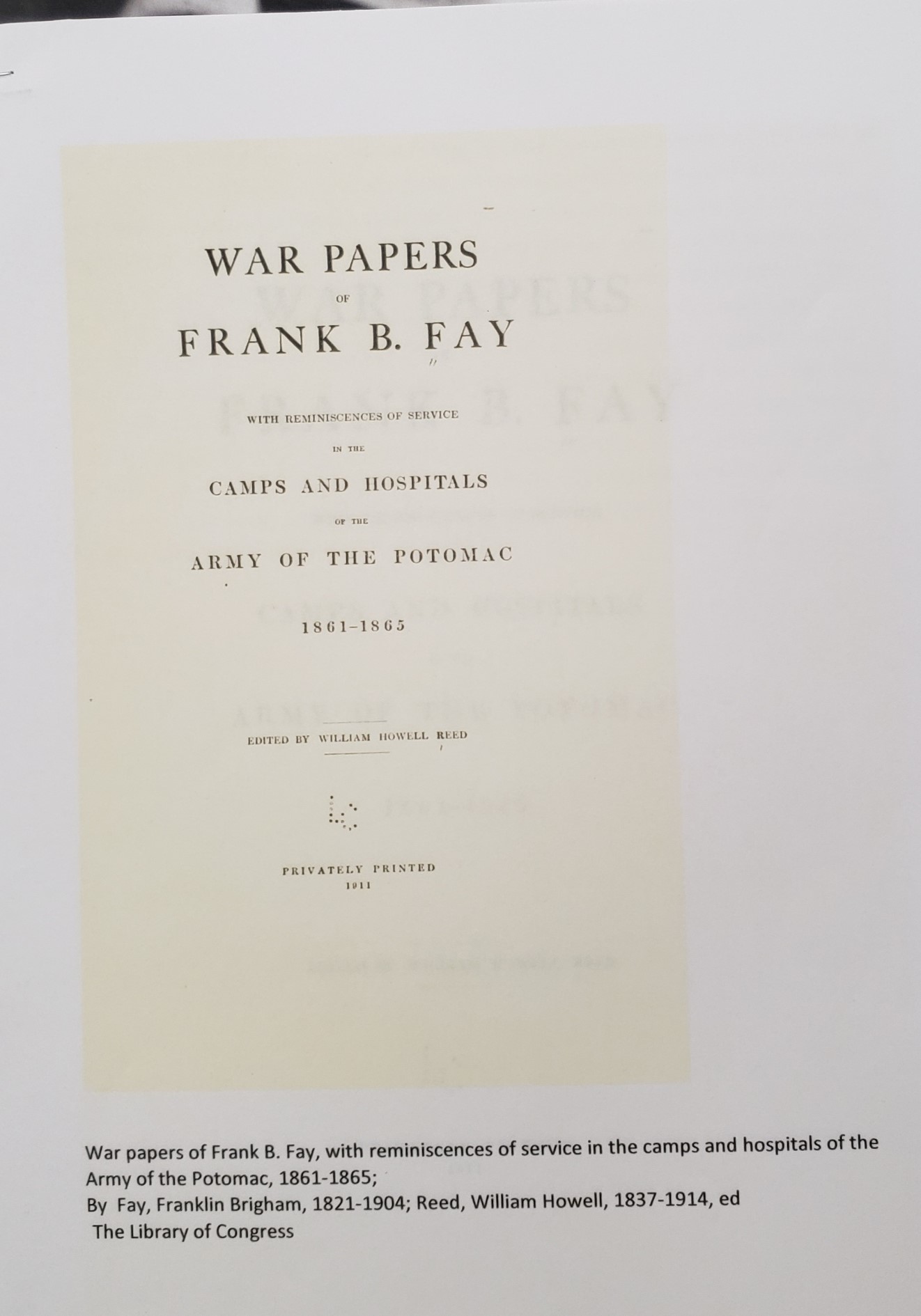 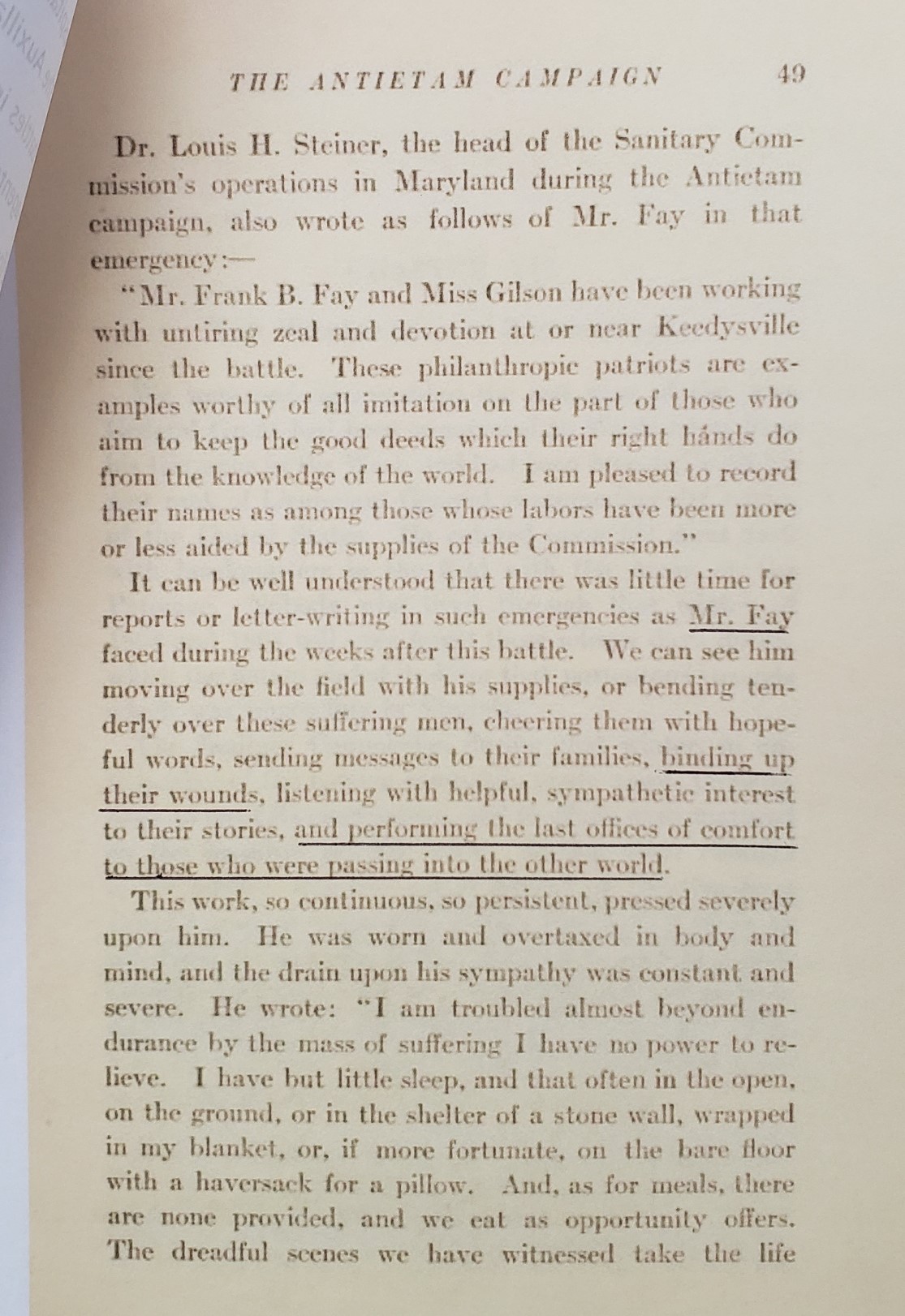 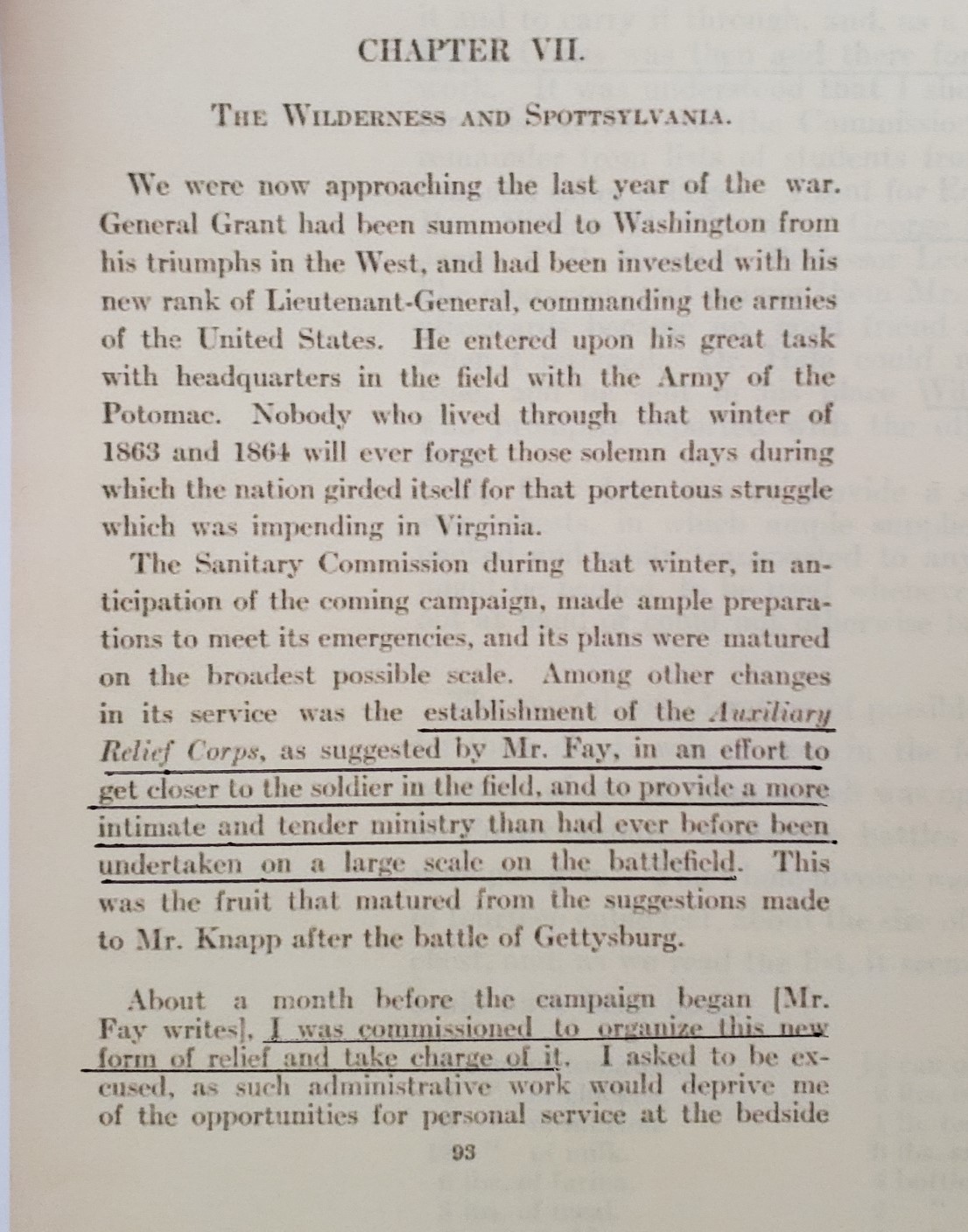 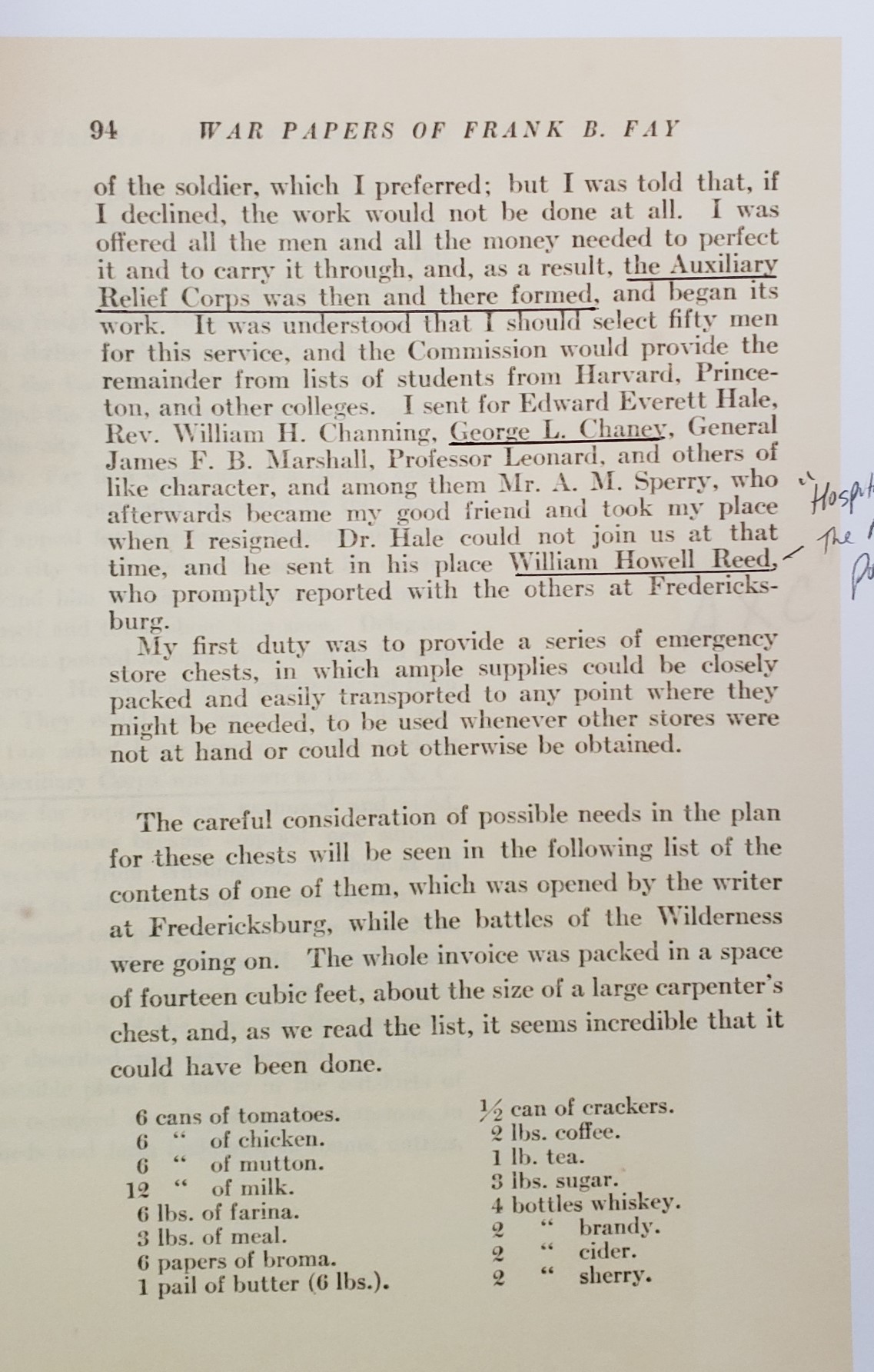 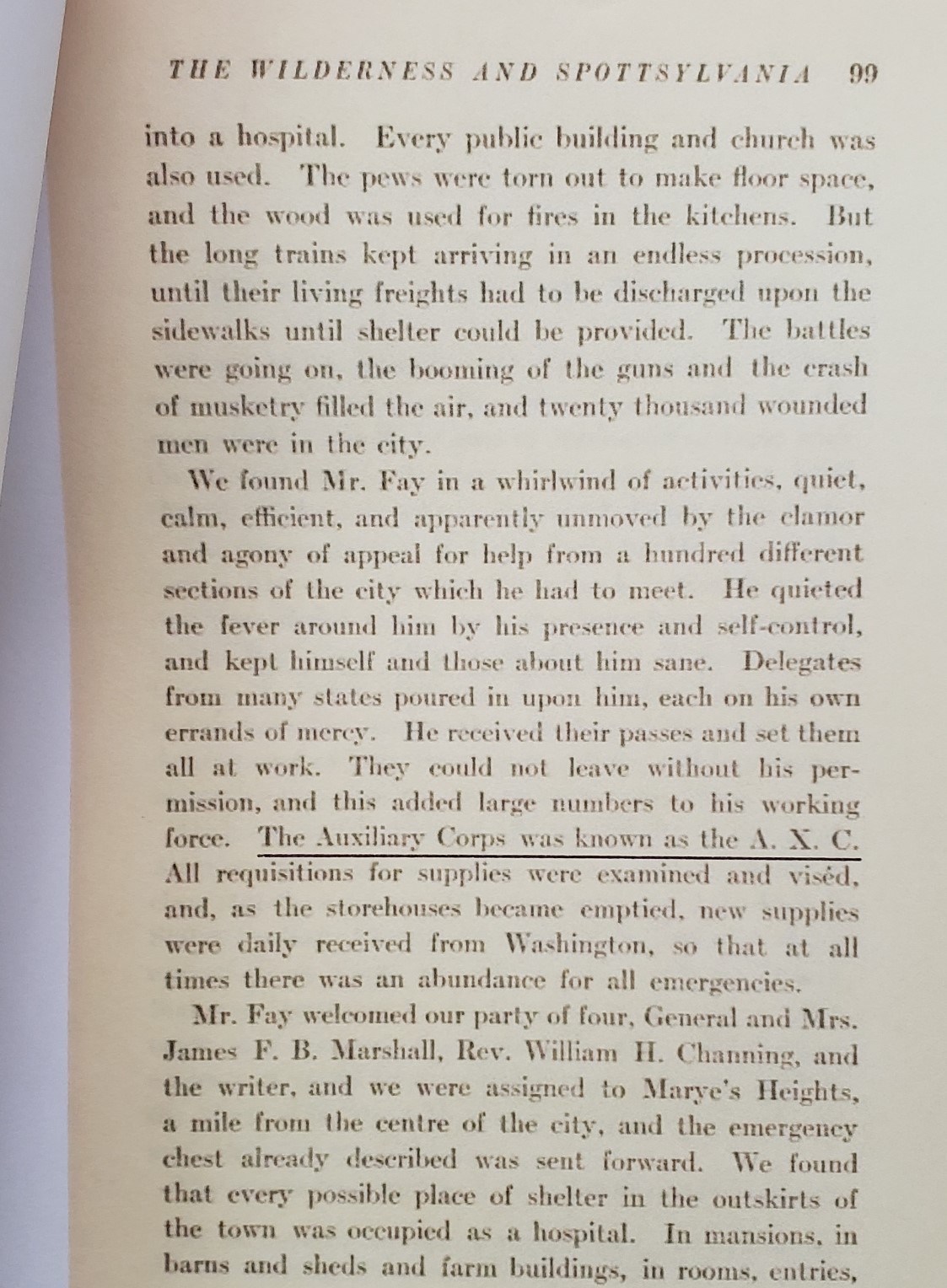 Click on an image to enlarge
GROUPING ATTRIBUTED TO REV. GEORGE L. CHANEY OF BOSTON, MASSACHUSETTS, WHO LEFT HIS CHURCH TO MINISTER TO SOLDIERS AT CAMP HOSPITALS OF THE US SANITARY COMMISSION.


The Reverend George Leonard Chaney (December 24, 1836-April 10, 1922), Unitarian minister and church leader, was the son of James and Harriet Webb Chaney of Salem, Massachusetts. He entered Harvard College in 1855 at the age of nineteen and graduated in 1859, at which time he entered the Meadville Theological Seminary, Meadville, Pennsylvania. After his graduation from that institution in 1862, Chaney became minister of the Hollis Street Unitarian Church in Boston. When the Civil War broke out, Chaney left the Hollis Street Church to minister to soldiers at camp hospitals of the United States Sanitary Commission and at the war's conclusion in 1865, he took a year's leave of absence from his church to visit Europe. When Chaney returned to the United States, he again preached at the Hollis Street Church until 1875. At that time he left with his wife, the former Caroline Carter of Leominster, Massachusetts, and young son Carter, for Hawaii to visit Carter relatives, among them Henry A. P. Carter. an advisor to King David Kalakawa. Upon returning from the trip. Chaney published what would be the first of several books. Aloha! (1880), a travel book about the customs and church history of Hawaii; resumed the pastorate at Hollis Street; and began his presidency of Boston's Industrial School Association, a group which introduced woodworking and manual training to school children. In 1877 Chaney resigned as minister of the Hollis Street Church and assumed the charge of the First Parish Church in Cambridge, Massachusetts, a charge he kept until 1880.During the decades of the 1880s and 1890s Chaney continued to preach the Gospel and aid education in a number of ways. For example, in 1881, Chaney went to Atlanta where he established the Unitarian Church of Our Father. Mrs. Chaney worked also, alongside her husband, to form a branch of the Women's Alliance. Through Chaney's long partnership with Edward Everett Hale and James Freeman Clarke, he formed the Southern Conference of Unitarian and Other Christian Churches, and in 1889 he accepted an appointment as Southern Superintendent of the American Unitarian Association. As superintendent, he organized and preached to Unitarian churches in New Orleans, Chattanooga, Dallas, Richmond, and other southern cities. Chaney helped establish in 1882 the Southern Unitarian, a monthly religious paper, which he edited for several years. While in the south, he worked to establish a school for industrial education in Atlanta. and aided the Hampton Institute and schools for blacks in Richmond and Charleston. From 1893 to1900 he served on the boards of trustees of Tuskegee Normal Institute and Atlanta University. Chaney spent the remaining years of his life in Salem, Massachusetts.

1. COMMUTATION RECEIPT (GET OUT OF ARMY RECEIPT) RECEIVED AT BOSTON ON THE 29TH DAY OF JULY 1863 FROM GEO. L. CHANEY WHO WAS DRAFTED INTO SERVICE ON THE 13TH DAY OF JULY 1863 FROM THE STATE OF MASSACHUSETTS, THE SUM OF 300 DOLLARS TO OBTAIN UNDER SECTION "13" OF THE ACT FOR ENROLLING AND CALLING POUT THE NATL FORCES AND FOR OTHER PURPOSES APPROVED MARCH3, 1863, DISCHARGE FROM FURTHER LIABILITY UNDER THE DRAFT.

2. SANITARY COMMISSION CERTIFICATE APPOINTING CHANEY AS A RELIEF AGENT OF THE US SANITARY COMMISSION ON MAY 10, 1864. SUPERINTENDENT FRANK B. FAY SIGNED THE COMMISSION AND WRITES, "GEO. L. CHANEY IS ASSIGNED TO THE COMMAND OF THE 5TH CORPS OF VOLUNTEER NURSES." CHIEF INSPECTOR, LEWIS H STEINER WAS WITH THE ARMY OF THE POTOMAC.

3. GUARD AND PATROL PASS, DATED MAY 16, 1864, ON US SANITARY COMMISSION LETTERHEAD. PASS ALLOWING AN AGENT OF THE SANITARY COMMISSION ON DUTY AS A VOLUNTEER NURSE TO TRAVEL THROUGH THE CHECKPOINTS. SIGNED BY SUPERINTENDENT FAY AND APPROVED BY CAPT. AUGUSTUS M. WRIGHT OF THE 57TH NEW YORK INFANTRY, WHO DIED JUST MONTHS LATER FROM WOUNDS RECEIVED AT PETERSBURG, VA.

4. LETTER DATED JULY 20, 1864, CHELSEA, MASS., AND IS WRITTEN TO REV. CHANEY ONCE HE HAD RETURNED HOME FROM HIS SERVICE IN THE SANITARY COMMISSION. SUPERINTENDEDNT FAY ASKS IF HE (CHANEY) HAD SETTLED HIS EXPENSES WITH THE SANITARY COMMISSION YET...IF NOT, HE WILL TAKE CARE OF IT. HE THEN THANKS HIM FOR HIS EARNEST SERVICE..ENDS WITH ASKING TO ADVISE HIM IF ANYONE ELSE SHALL SEEK TO BE USEFUL.

7. CDV OF FRANK B. MAY, SUPERINTENDENT OF THE US SANITARY COMMISISON AUXILIARY RELIEF CORPS. IN 1863, MR. FAY TOOK TO THE SANITARY COMMISSION HIS PLANS FOR AN AUXILIARY RELIEF CORPS, WHICH WOULD GIVE PERSONAL RELIEF TO THE WOUNDED SOLDIER IN THE FIELD, AND TO HELP HIM BEAR HIS SUFFERING UNTIL HE COULD BE SEEN BY A SURGEON OR BE TRRANSFERRED TO A HOSPITAL. THE SANITARY COMMISSION ADOPTED THESE PLANS AND MADE MR. FAY CHIEF OF THE AUX. RELIEF CORPS. HE SERVED IN THAT CAPACITY UNTIL DEC. 1864, WHEN HE RESIGNED, BUT HE CONTINUED HIS INDEPENDENT WORK UNTIL THE WAR ENDED.

8. (RARE)..US SANITARY COMMISSION AUXILIARY CORPS MEMBERS BADGE (GREEN SILK)
2.5" X 4" ~ SEE COPY PHOTO FROM INTERNET OF AN AGENT WEARING THIS BADGE. ~ BADGE IS LOOSE AND IS NOT ATTACHED TO THE WHITE CARD.

9. POST WAR LETTER..1893 CHARLESTON, SC, ON CROTON FLOUR MILLS LETTERHEAD ~ CHANEY APPARENTLY HAD ASKED, MGR. ARTHUR JONES, FOR SOME LOCAL INFO/RESEARCH ABOUT AN ARTICLE HE WAS WANTING TO PUBLISH IN THE UNITARIAN (RELIGIOUS PUBLICATION). SEEMS TO DEAL WITH EDUCATION OF BLACKS (SEE BIO INFO)
.((THE LETTER IS SHOWN WITH THE WARTIME ENVELOPE BY ACCIDENT))

10. VARIOUS PRINTOUTS CONCERNING THE US SANITARY COMMISSION RELIEF CORPS..ALSO INCLUDES, "WAR PAPERS" BY FRANK B. FAY..SOME OF THIS IS PICTURED