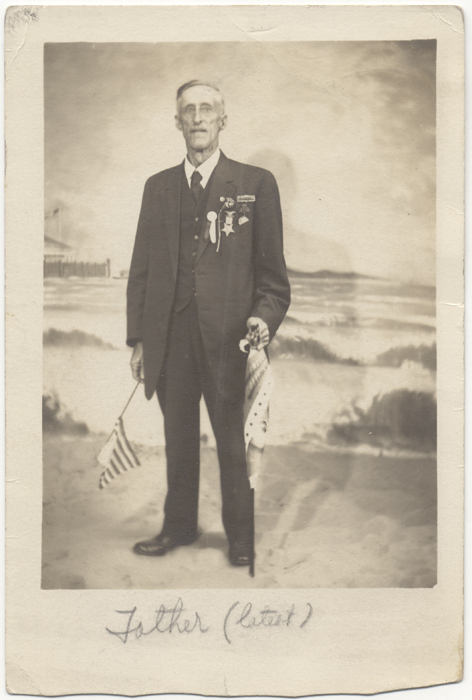 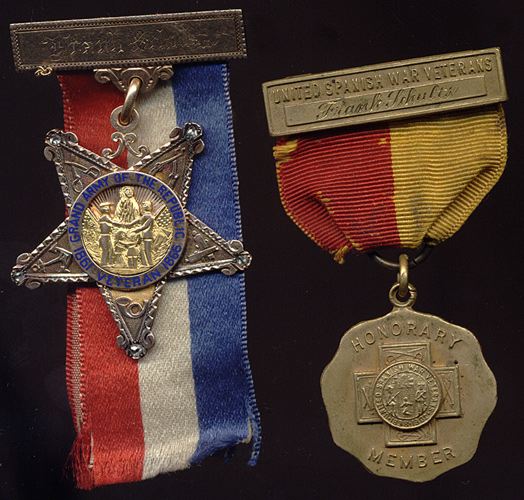 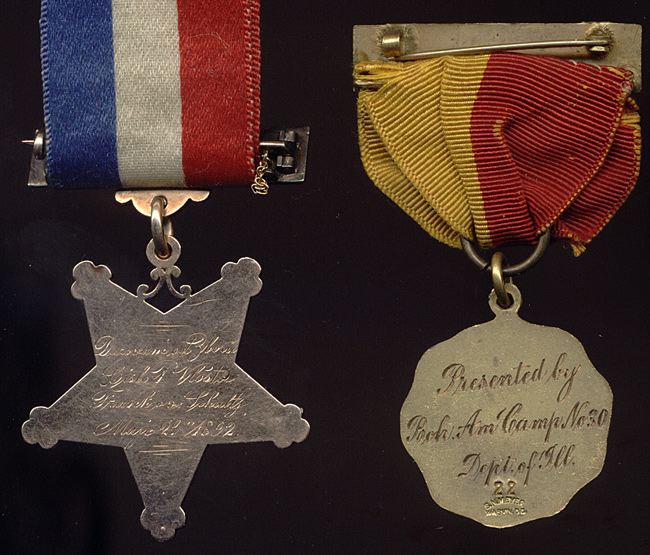 BOTH BADGES ENGRAVED AND ATTRIBUTED TO FRANK SCHULTZ WHO SERVED IN THE CIVIL WAR AND WAS A HONARARY MEMBER OF THE SPANISH AMERICAN WAR VETERANS!

THE GOLD GAR PRESENTATION BADGE MEASURES 2 1/2" IN LENGTH AND IS IN TERRIFIC CONDITIONWITH PIN PRESENT! THE TOP BAR IS ENGRAVED WITH HIS NAME AND THE STAR PENDANT IS ENGRAVED ON THE REVERSE. IT APPEARS SCHULTZ WAS OF GERMAN DECENT, AS THE REVERSE IS ENGRAVED IN GERMAN RATHER THAN ENGLISH.

THE SPAN AM BADGE IS ENGRAVED ON THE TOP BAR WITH HIS NAME AND THE REVERSE READS "PRESENTED BY BOH. CAMP NO.30 DEPT. OF ILLINOIS" AND NUMBERED "22".

The camp name which is abbreviated on the reverse of the USWV Honorary Membership badge is Bohemian-American USWV Camp No. 30 of Chicago, IL. Although Honorary Membership in the USWV dates to its beginnings in 1904, no badge was produced until 1913. This camp changed its name to American Camp during WWI or soon after. This gives you a 5 or 6 year time frame for this piece to be issued. The space for the name on the obverse of the hanger was suppose to be for the USWV Dept. and Camp. This section was usually left blank, but when it was engraved they usually engraved it to the HM's name.

SOME WEAR ON RIBBBON ON THIS BADGE OTHERWISE GREAT!