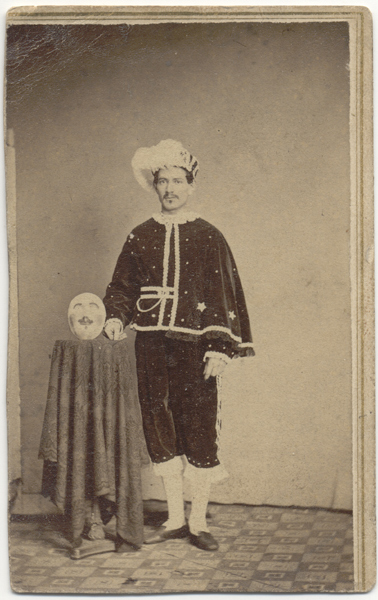 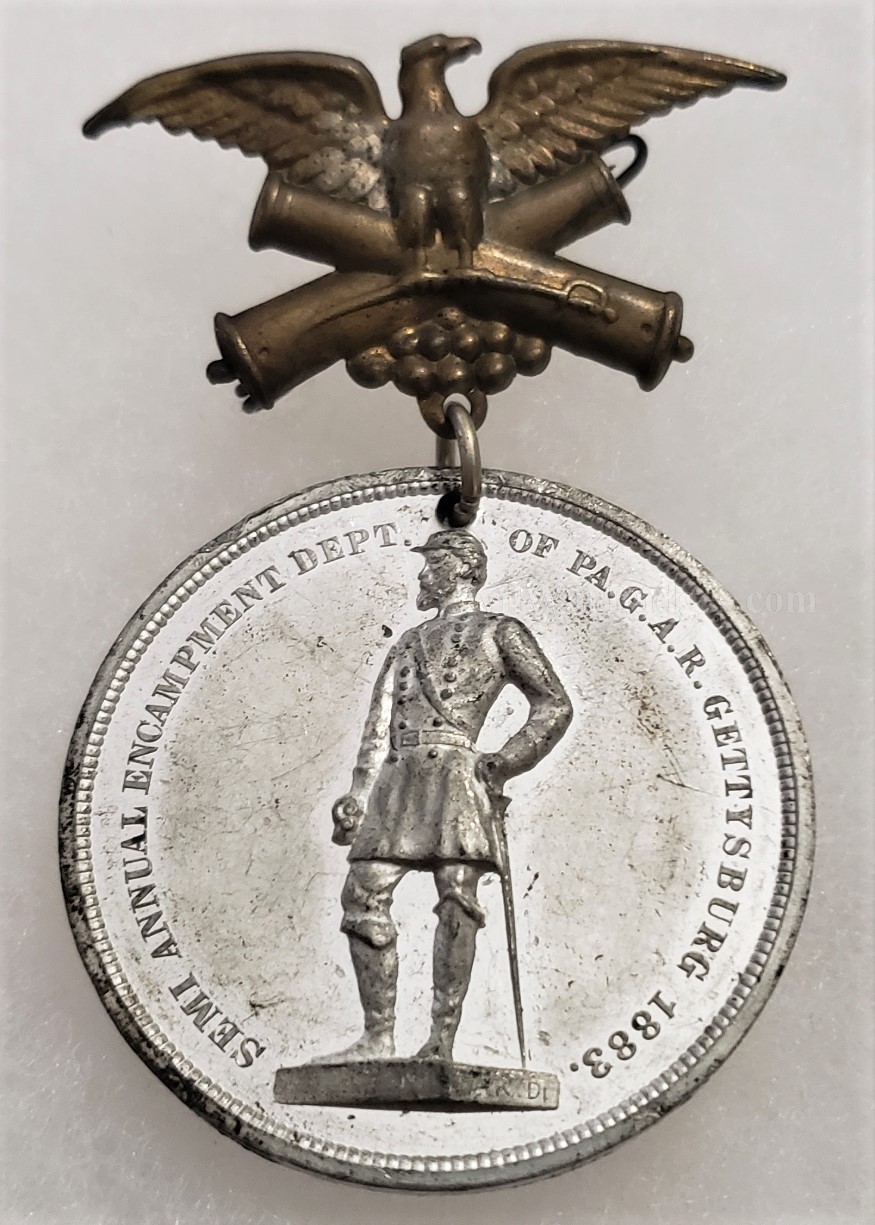 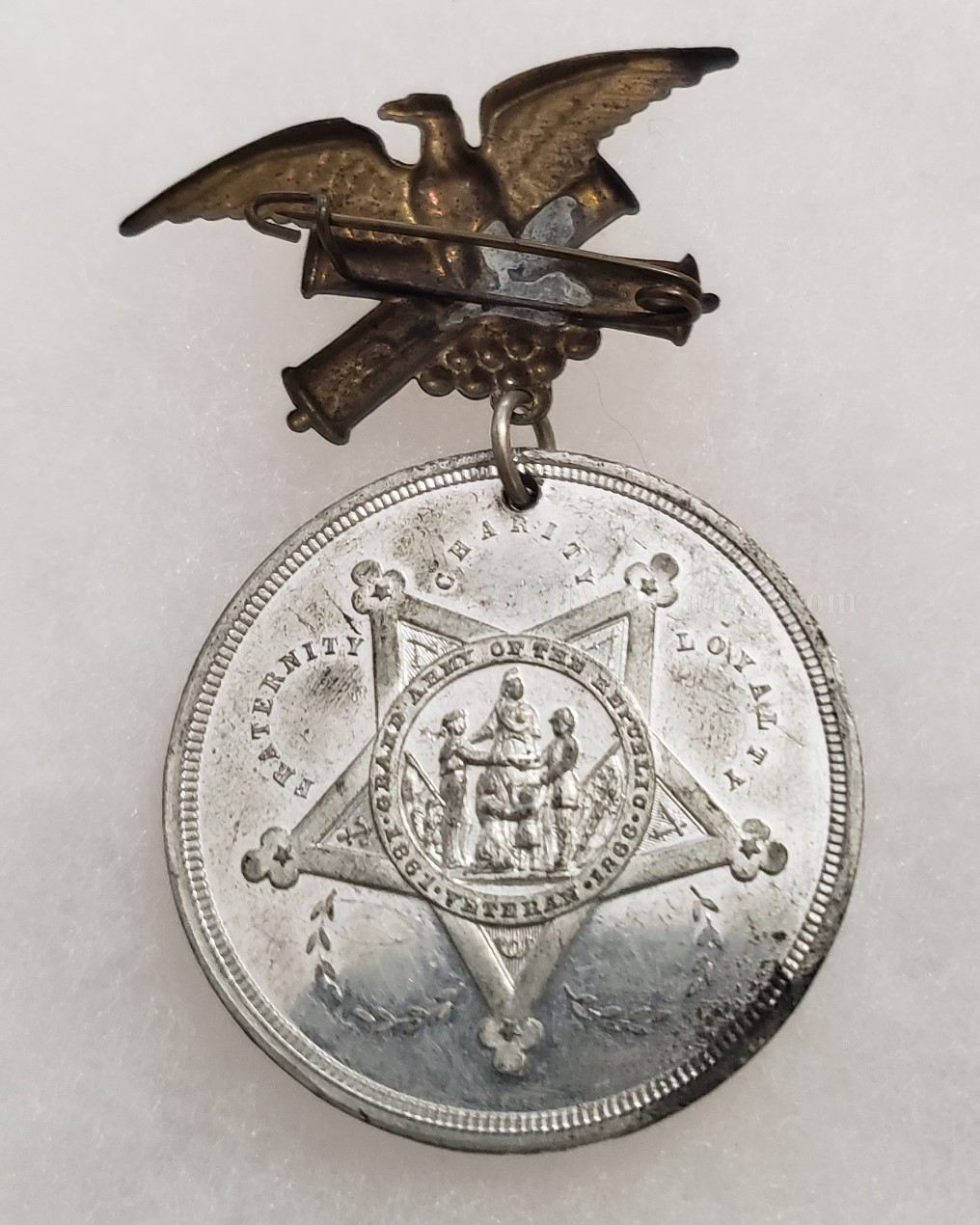 Click on an image to enlarge
SCARCE 1883 SEMI-ANNUAL ENCAMPMENT BADGE - DEPT. OF PENNSYLVANIA

GENERAL REYNOLDS PICTURED ON OBVERSE - The statue of Reynolds in the National Cemetery was the first bronze statue at Gettysburg. It was funded by the survivors of the First Corps. Sculptor John Quincy Adams Ward created it in 1871, cast from four bronze cannon barrels, and dedicated it in 1872.
Major General John F. Reynolds was the highest ranking officer killed at the Battle of Gettysburg and one of the most senior officers to die in the Civil War. His decision to commit his infantry west of Gettysburg set the course of the fighting, but his death early in the battle was a serious blow to the Union Army.