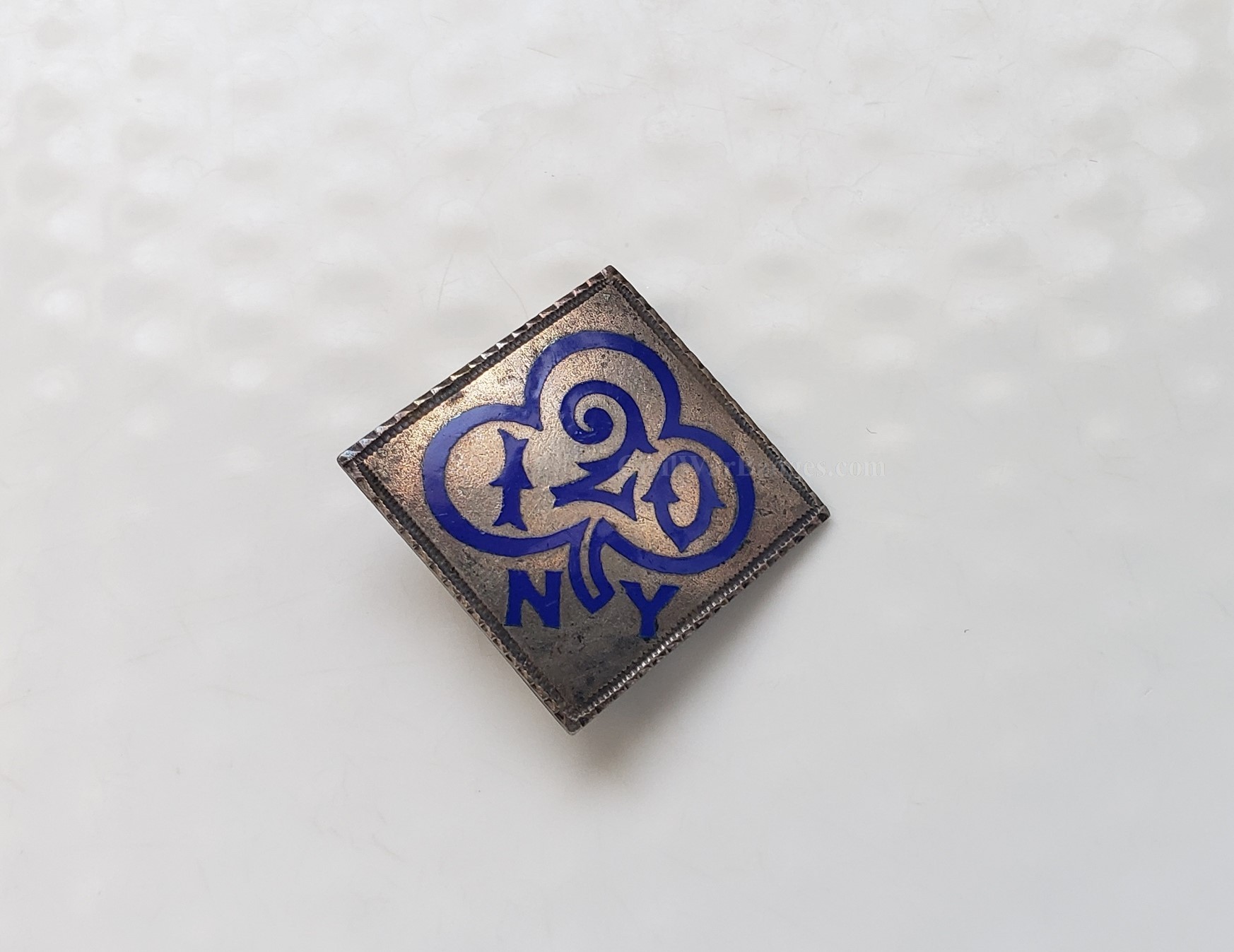 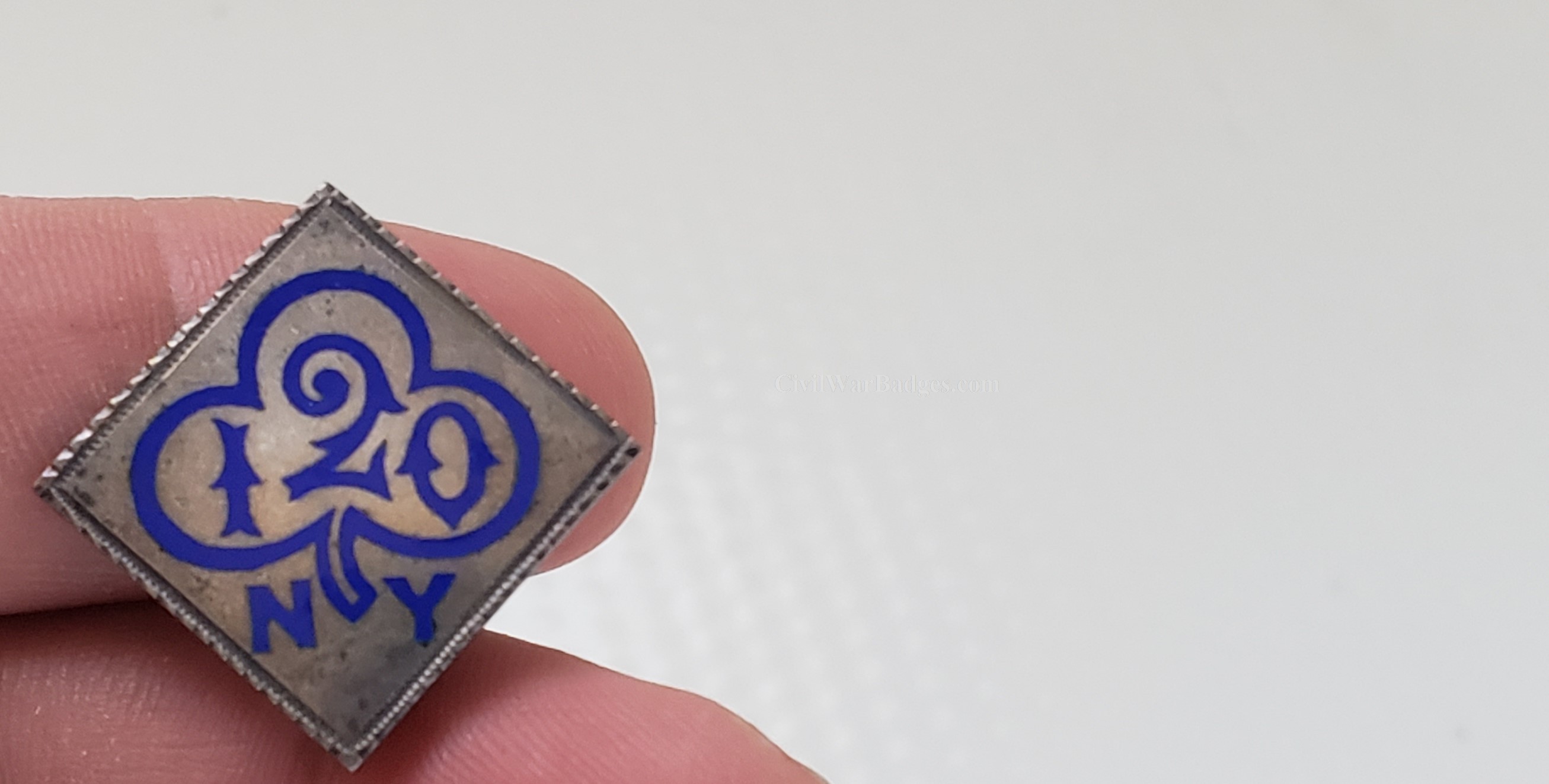 The 120th, known as the Ulster regiment or Washington Guards, was recruited in the counties of Greene and Ulster and rendezvoused at Kingston, where it was mustered into the U. S. service on Aug. 22, 1862, for three years. In July, Aug. and Oct., 1864, its ranks were augmented by the transfer of the veterans and recruits of the 71st and 72nd N. Y. The regiment left the state 900 strong, Aug. 24, 1862, and proceeded to Washington, where it encamped near the Chain bridge. Early in September it was attached to the famous Excelsior brigade, (Sickles') 2nd division, 3d corps, and was under fire for the first time at Fredericksburg. Says Col. Fox in his account of the three hundred fighting regiments, among which he includes the 120th: "The regiment was actively engaged at Chancellorsville-then in Berry's division-exhibiting a commendable steadiness and efficiency. Its loss in that battle was 4 killed, 49 wounded and 13 missing. At Gettysburg-in Humphrey's division-it became involved in the disaster of the second day's battle, but like the rest of the 3d corps, it fell back in good order to the second line, fighting as it went. Its casualties in this battle aggregated 30 killed, 154 wounded and 19 missing; total, 203. Eight officers were killed and 9 wounded in that battle. The 3d corps having been merged into the 2nd the 120th was placed in Brewster's brigade of Mott's division, and from that time fought under the 2nd corps flags, the men, however, retaining their old 3d corps badge. Mott's division having been discontinued, the Excelsior brigade was placed in Birney's (3d) division, becoming the 4th brigade. Gen. Mott succeeded eventually to the command of this division, and Col. McAllister to that of the brigade. At the Wilderness the regiment lost 5 killed, 48 wounded and 8 missing; at the battle on the Boydton road, 8 killed, 30 wounded, and 21 missing; at Hatcher's run, 6 killed, 32 wounded, 46 missing." During the Virginia campaigns of 1863, subsequent to Gettysburg, the regiment lost 140 killed, wounded and missing, and it also lost heavily in the trenches before Petersburg, its casualties amounting to 51 killed, wounded and missing. During the final campaign, ending with the surrender of Lee at Appomattox, its losses aggregated 52 killed, wounded and missing. Few finer examples of bravery and discipline occurred during the war than when the 120th rallied three several times around its colors on the 2nd day's battle of Gettysburg. The regiment was actively engaged in 17 important battles, among them Chancellorsville, Gettysburg, Mine Run, Spottsylvania, North Anna, Totopotomy, Cold Harbor, Petersburg, Strawberry Plains, Poplar Spring Church, Boydton plank road, Hatcher's run and White Oak road. It was also present at Fredericksburg, Wapping heights, Kelly's ford, Po river, Deep Bottom, Sailor's creek, Farmville and Appomattox. It was mustered out near Washington, D. C., under Lieut.-Col. Lockwood, June 3, 1865. The total enrollment of the regiment during service was 1,626, of whom 51 died in Confederate prisons; 11 officers and 140 men were killed and mortally wounded; 3 officers and 179 men died of disease and other causes.
Shipping Weight: 1 lb
$325.00 USD