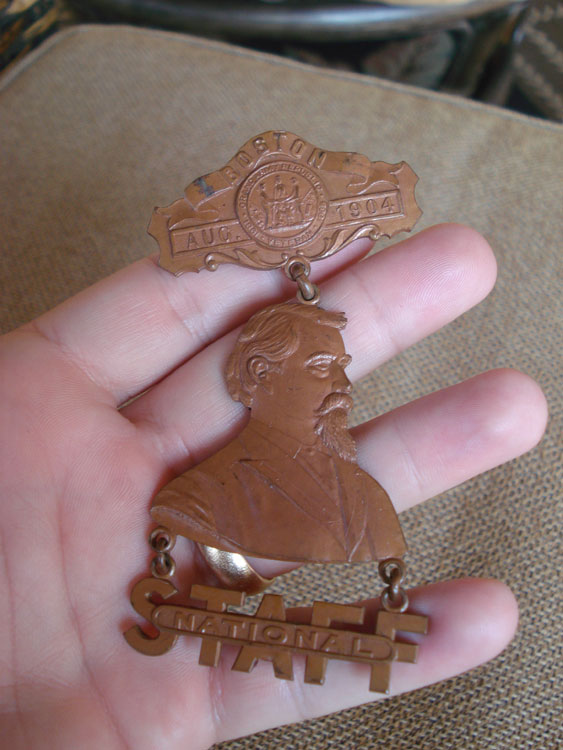 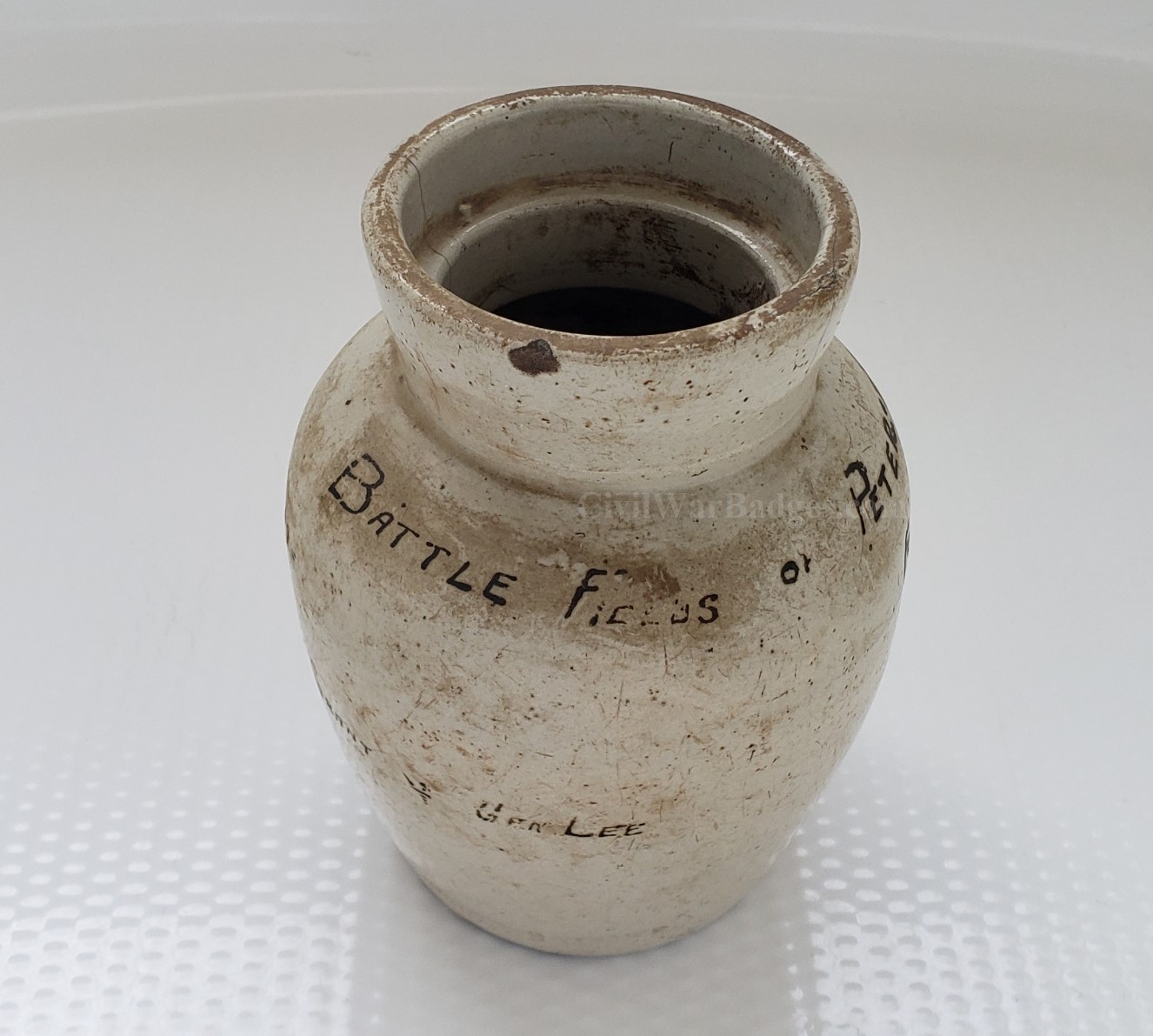 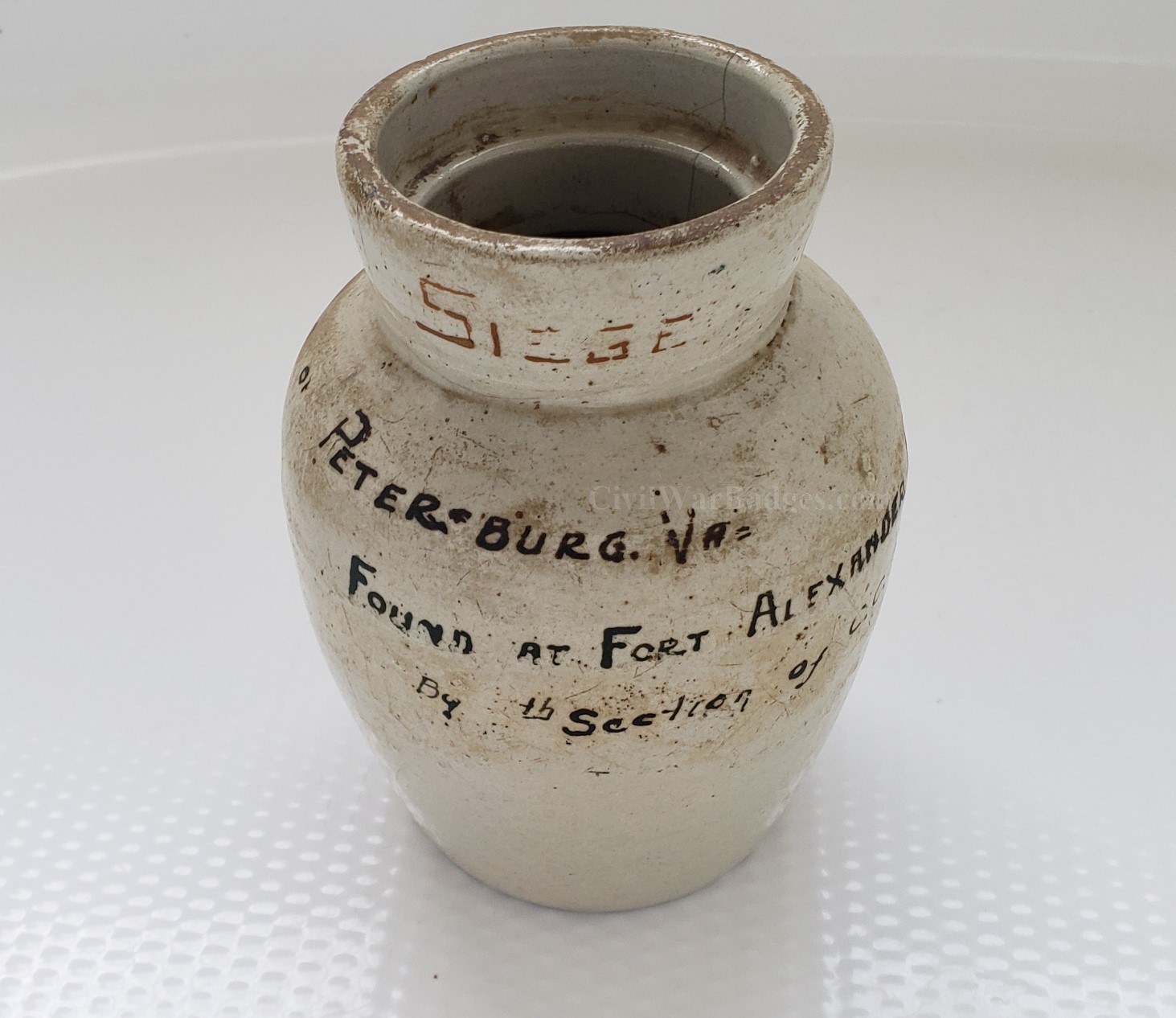 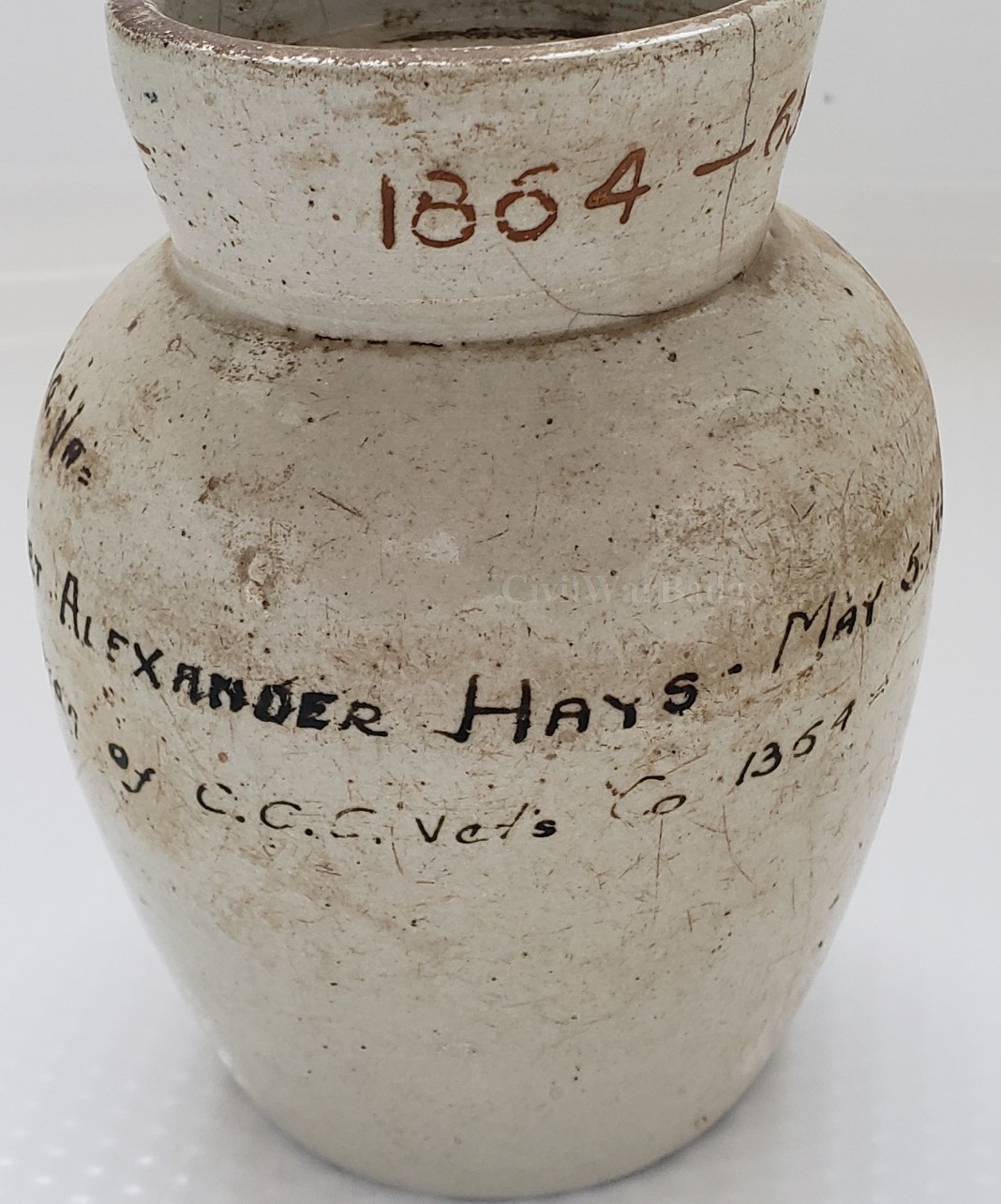 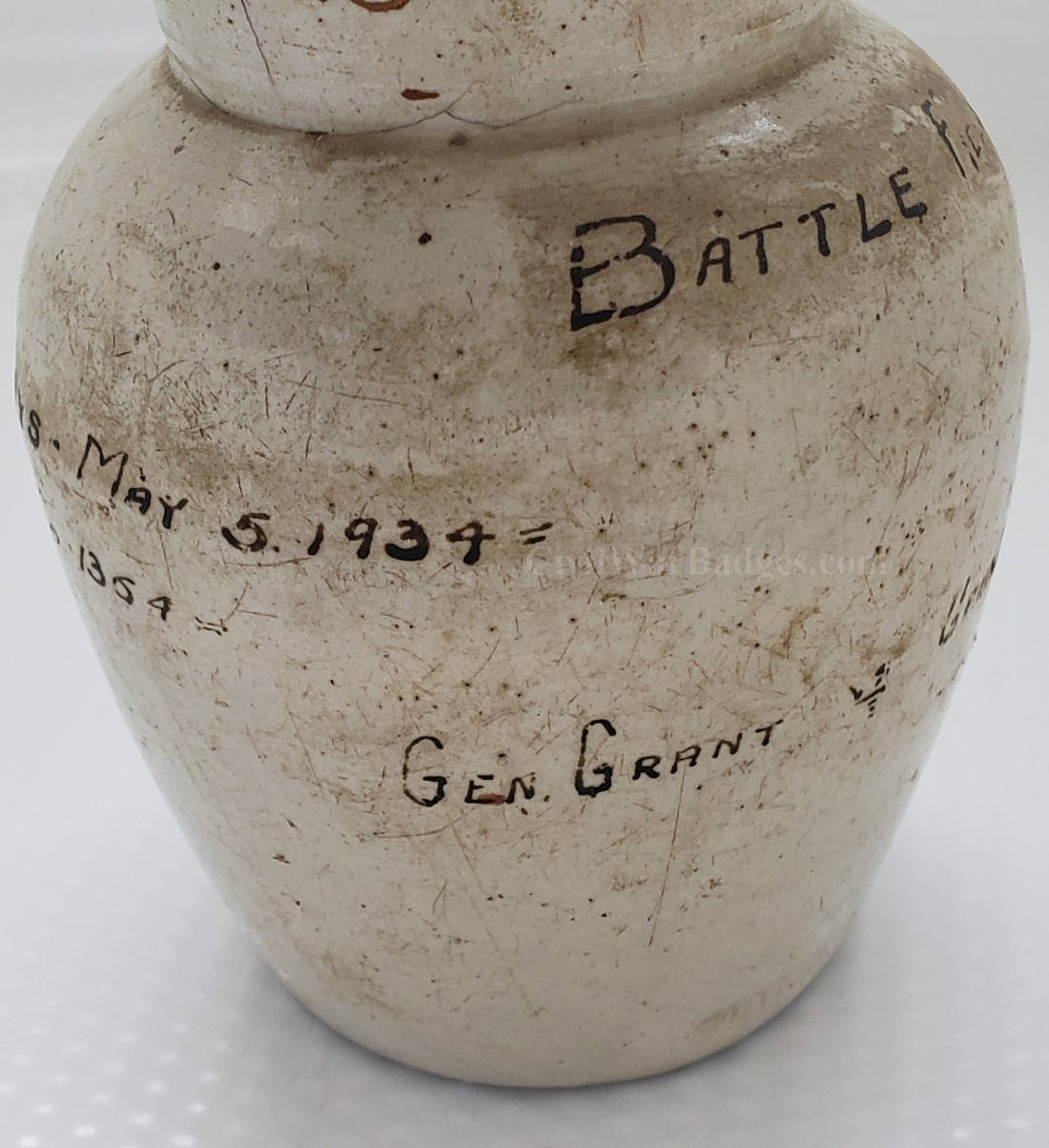 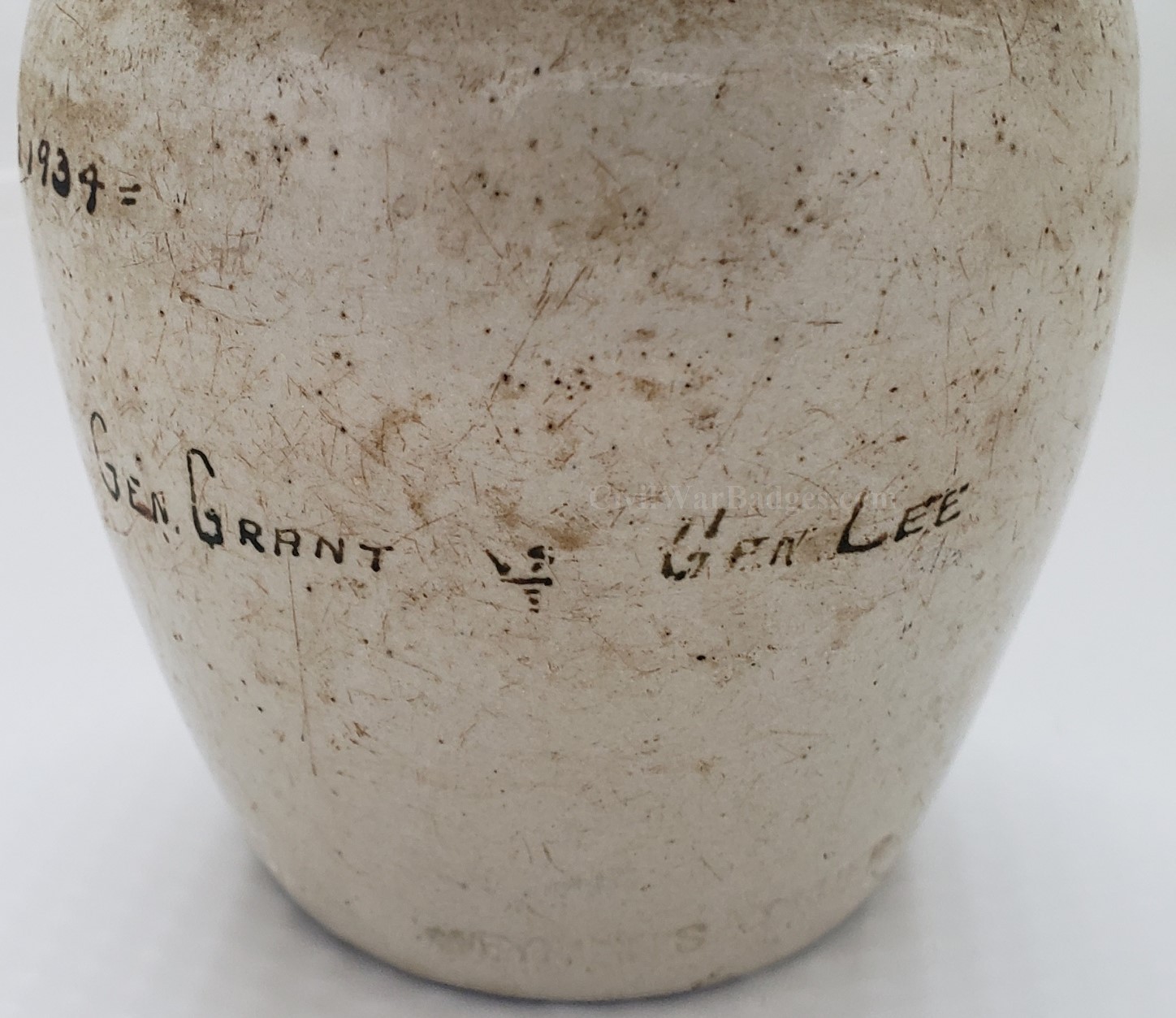 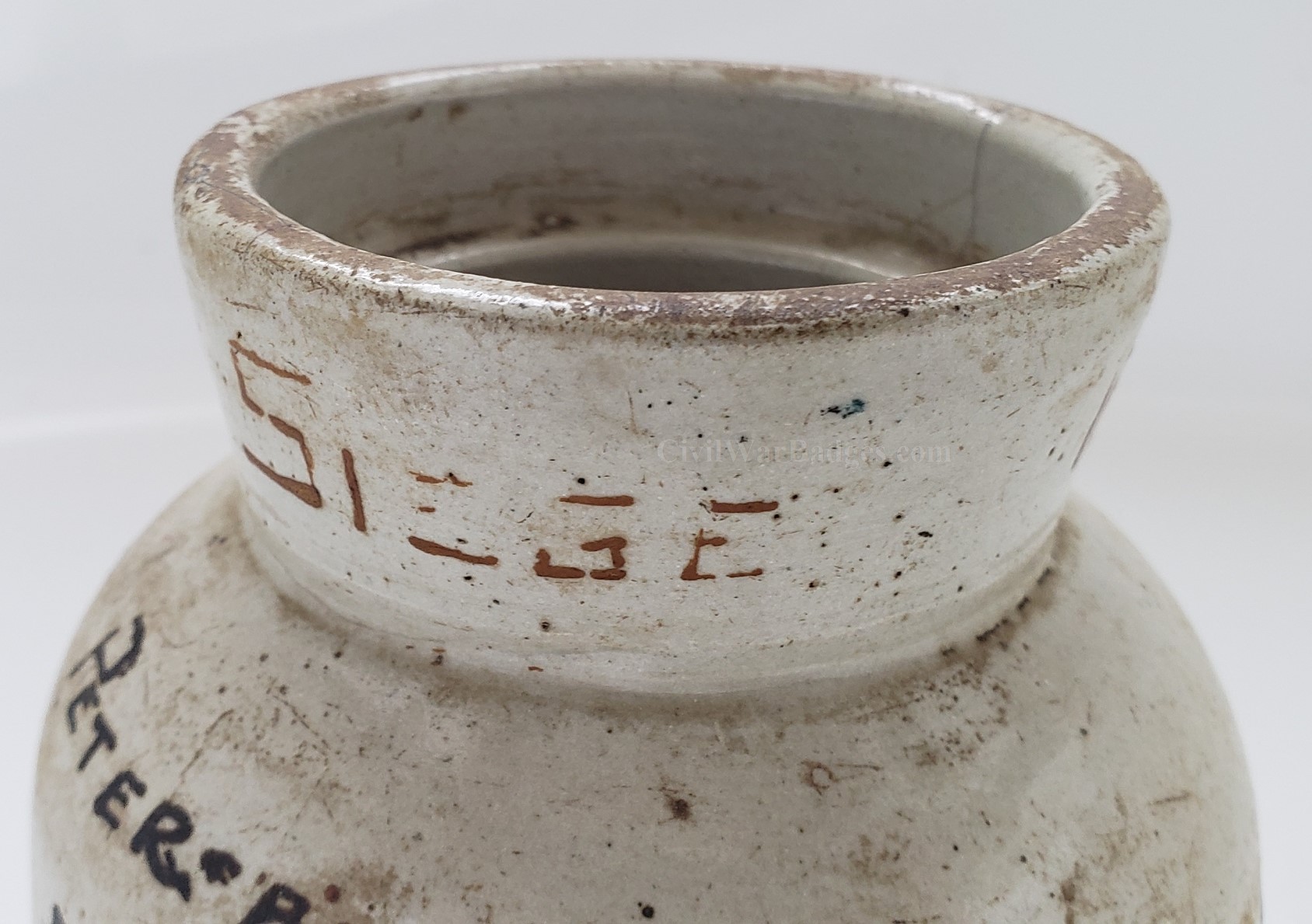 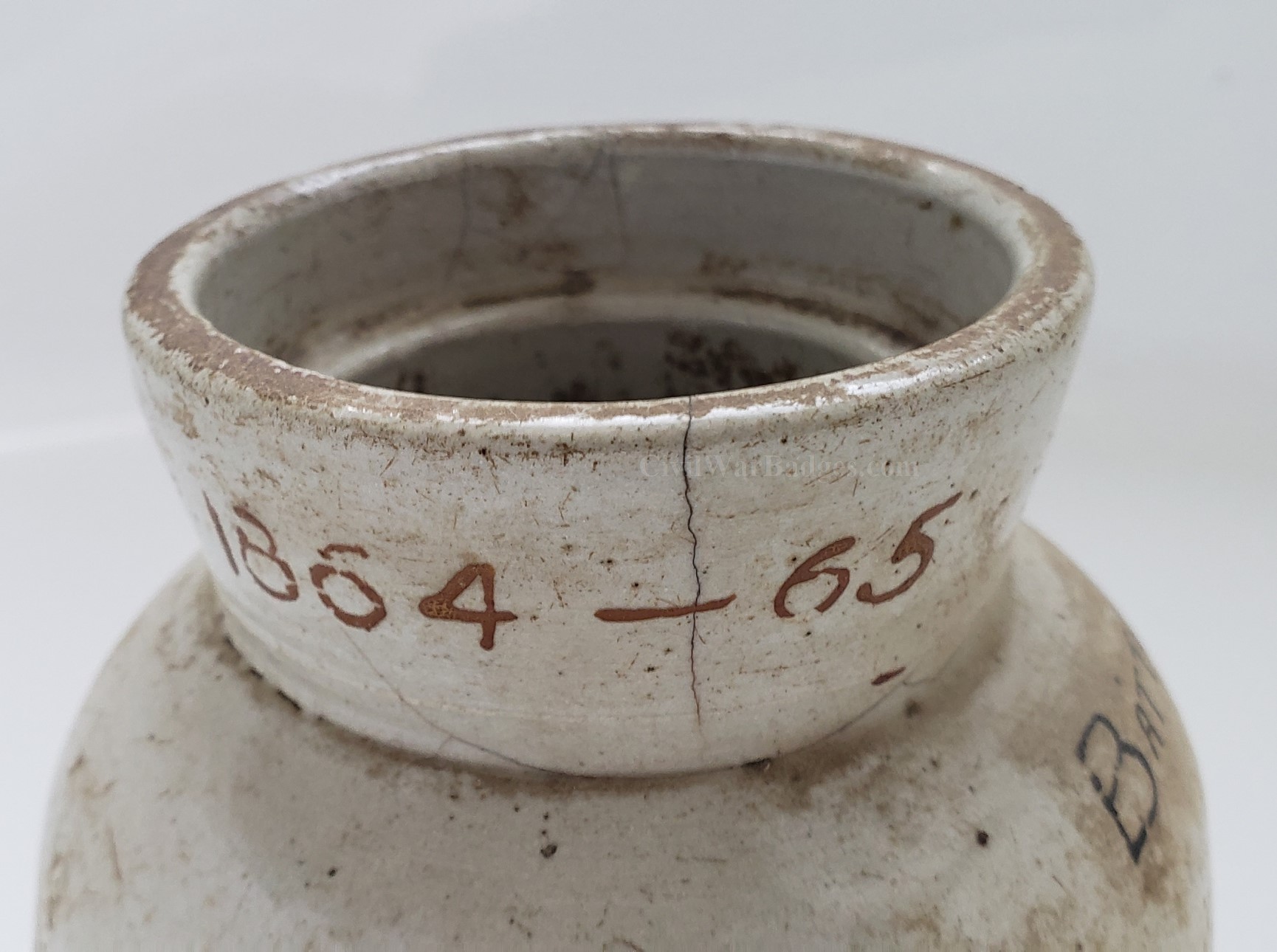 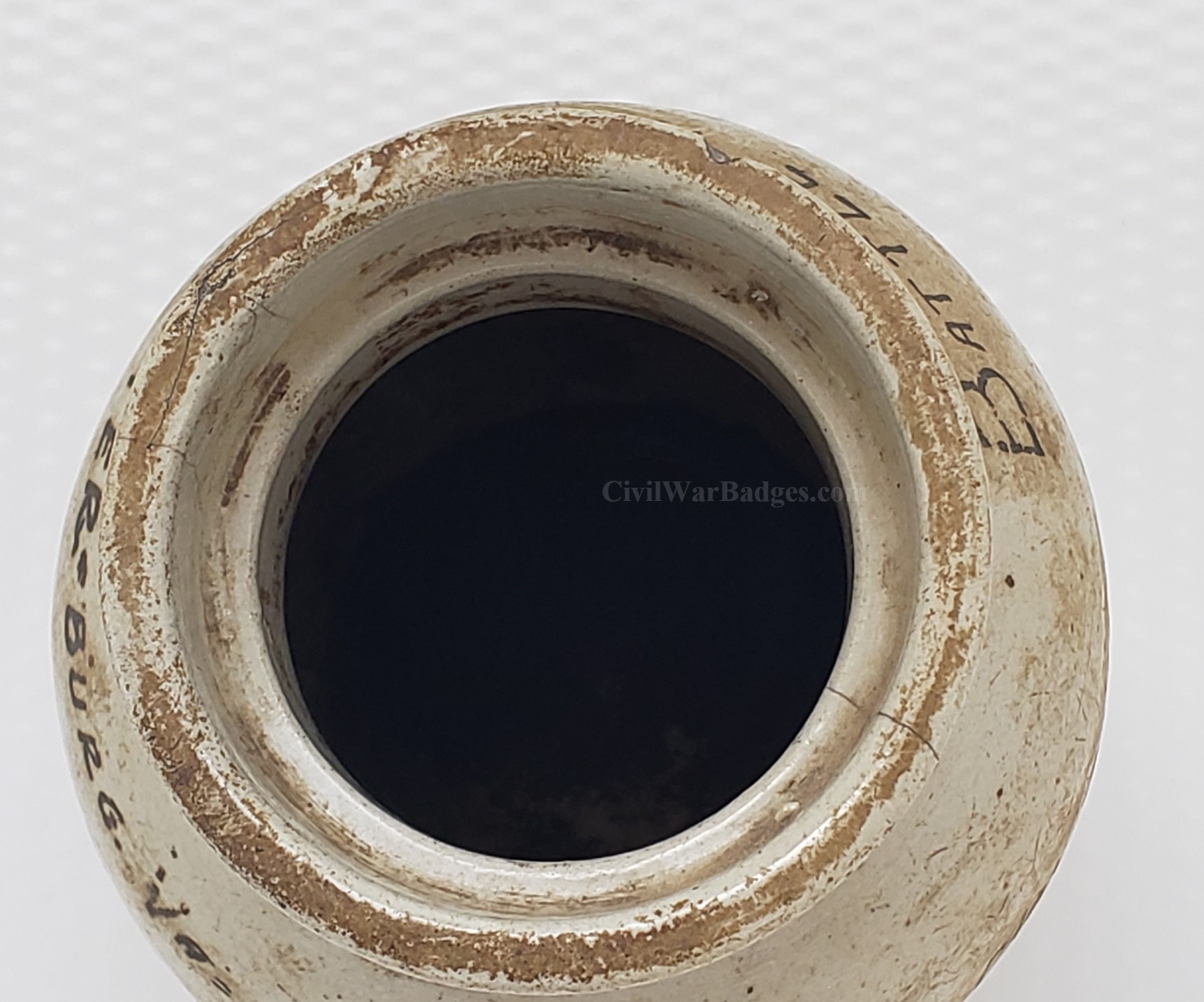 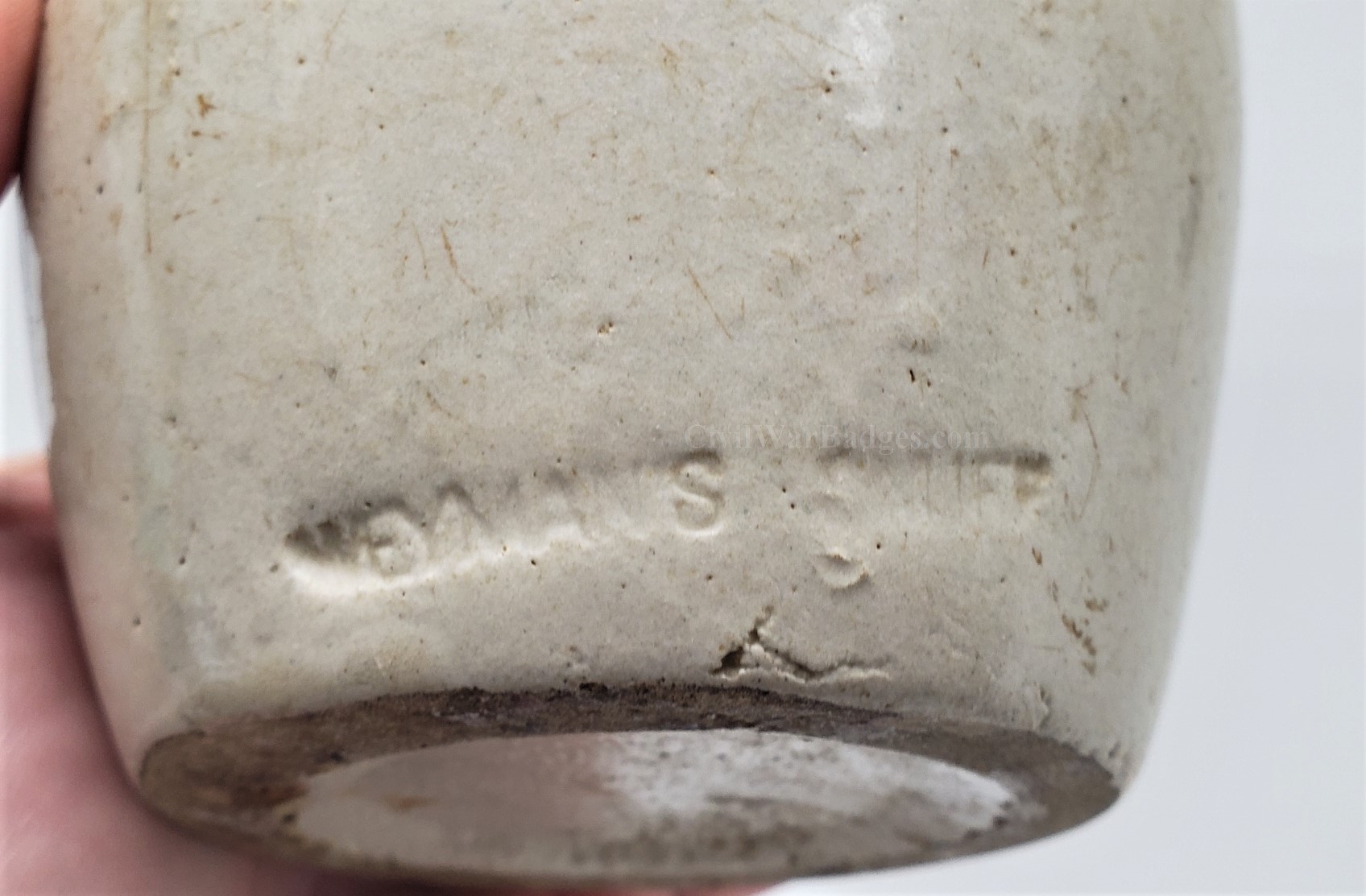 Click on an image to enlarge
6" IN HEIGHT ~ GRAZED GRAY POTTERY MARKED 'WEYMAN SNUFF' ALONG THE BOTTOM
George Weyman opened a tobacco shop in Pittsburgh in 1822. He was the inventor of "Copenhagen” snuff. The company became Weyman & Bros. in 1870, so this jar was made before then.

Company 1364, Camp MP-2 & Camp NP(D)-3-VA, Petersburg National Military Park, Fort Stedman, Virginia With the establishment of the park, most of the work of clearing underbrush and the development of roads and trails in the park was done by the Emergency Conservation Work (ECW) agency, created by the act of March 31, 1933, but the name Civilian Conservation Corps soon supplanted its official designation. About 173 enrollees of CCC Company 1364 arrived from Camp Meade, Maryland in July, 1933, and established Camp MP-2 in the Fort Stedman area of Petersburg National Military Park. Captain J.P. Richter (or Richtor) was their commanding officer. His successor was Captain J.J. Matthews until July 1937. Captin R.L. Wisler was in command in March 1941 and was probably the camp's last commander. John V. Colston was the resident engineer who directed the work projects. In its final days the camp was redesignated as CCC Camp Va. NP(D)-3 with an average working strength of 139. After closing the camp, the army used the CCC equipment and buildings. In November 1946 the army withdrew its use of the camp and in 1948 the buildings were sold. A partial structure still remains in used as the park's operations building. Other than the training/operations center, nothing remains in the park shadowing the CCC presence. Of course, the CCC's were used widely in Virginia and there is a state historical marker to their role in Crewe, Virginia on Route 460 (it was recently put up). Courtesy of the Petersburg National Park NPS Historian