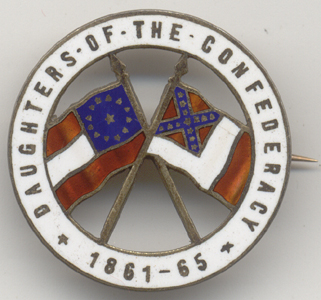 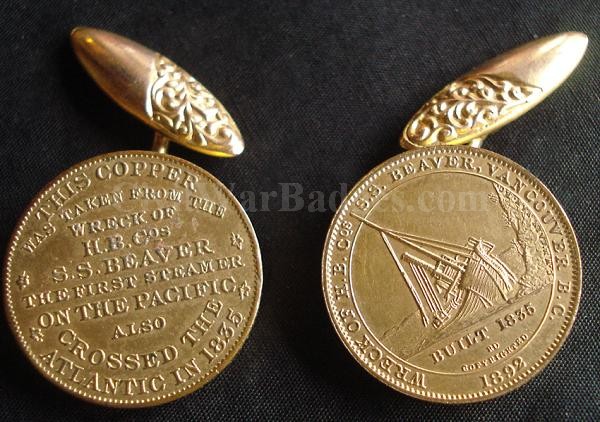 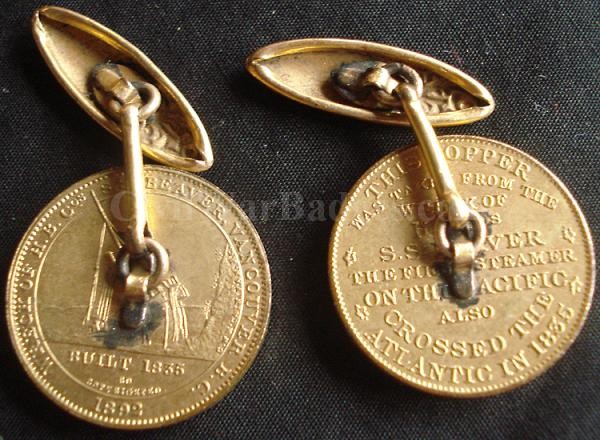 Click on an image to enlarge
PAIR OF MATCHING CUFF LINKS MADE FROM COPPER FROM THE SS BEAVER, THE FIRST STEAMER ON THE PACIFIC AND ALSO CROSSED THE ATLANTIC IN 1835 ~ 3/4" DIAMETER ~ NICE! Construction and Delivery

Beaver was built in London of British oak, elm, greenheart and teak, and was copper fastened and sheathed. Her length was 101 feet (31 m), and the beam over her paddle boxes was 33 feet (10 m). She was launched at Blackwall Yardon 9 May 1835 and left London on 29 August under the command of Captain David Home, and with the company's barque, Columbia, built at the same time and commanded by Captain Darby. Beaver was outfitted as a brig for the passage out, paddles unshipped, and came out via Cape Horn under sail alone. After calling at Juan Fernandez and Honolulu, she arrived off the Columbia River on 18 March 1836 and anchored off Fort Vancouveron 10 April. Here the paddles were shipped and boilers and engines connected.

Beaver was used to service trading posts maintained by the Hudson's Bay Companybetween the Columbia Riverand Russian America(Alaska) and played an important role in helping maintain British control in British Columbiaduring the Fraser Canyon Gold Rushof 1858-59. In 1862 she was chartered by the Royal Navyto survey and chart the coast of the Colony of British Columbia. She was finally sold by the Hudson's Bay Company in 1874.

She was purchased by a consortium that became the British Columbia Towing and Transportation Company in 1874[1] and was used as a towboat until 25 July 1888 when, due to an inebriated crew, she went aground on rocks at Prospect Pointin Vancouver's Stanley Park. The wreck finally sank in July 1892 from the wake of the passing steamer Yosemite, and only after enterprising locals had stripped much of the wreck for souvenirs. The Vancouver Maritime Museumhouses a collection of Beaver remnants. The site of the sinking has been commemorated with a plaque. Divers surveyed the wreck in the 1960s, but it had mostly disintegrated due to rot and currents.