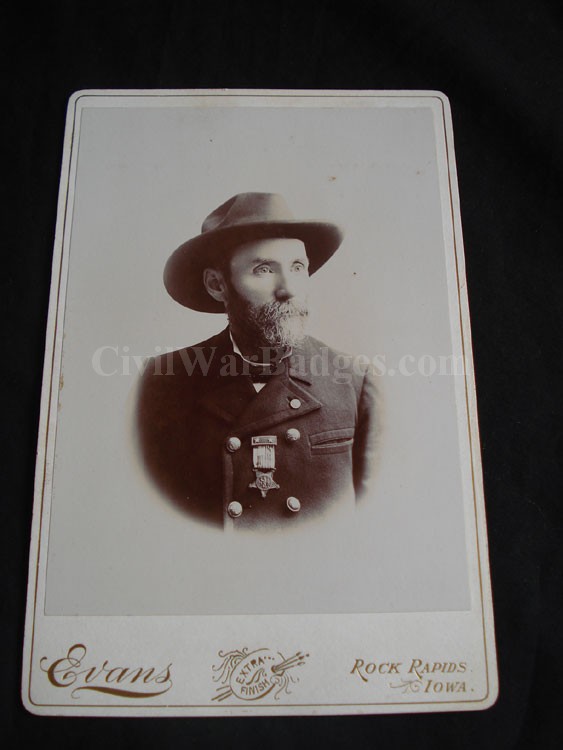 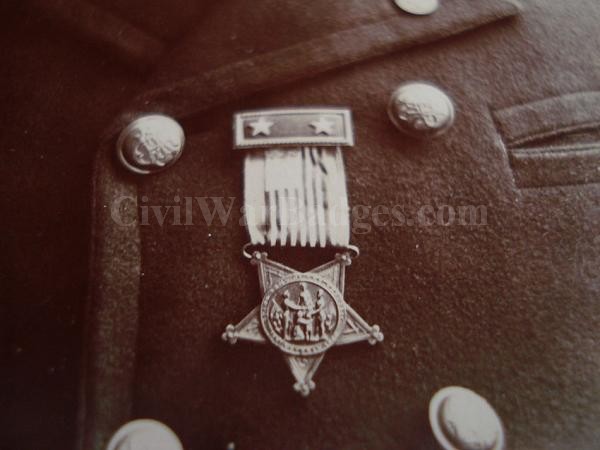 THOMPSON, Col. James Knox Polk, of Rock Rapids, Iowa, was born near Carey, Ohio, August 21, 1845. His father, Matthew Thompson, who was a soldier of the war of 1812, was born at Head Elk, Cecil county, Md., January 8, 1781. His paternal grandfather, Isaac Thompson, and paternal grandmother, Sarah Bell, were native of I Jul fort. Ireland, where they were married and where their first son, Thoma- Cruse Thompson, was born. Both the Thompson and Bell families were related to the famous Lord Thomas Cruse, who was compelled to Bee the country for his participation in the revolution of 1798. He sought an asylumin the United States, where he died soon after. His mother, Martha Spaulding Thompson, was a daughter of Abel Spaulding, who served with distinction in the revolutionary war, and through her is a direct descendant of Aquila Chase, who settled in Newberry, Mass., in 1640, and is therefore closely related to Bishop Philander Chase (1775-1852) and Salmon P. Chase (1808-1873), chief justice of the supreme court of the United States. He first attended school in a log school house in Ohio, where everything was of the rudest and most primitive character. His education was carefully superintended by his mother, who was a prominent educator of her time, to whom he went to school for several years. He came to Iowa in November, 1857, and settled in Clayton county, then a sparsely populated frontier county. The trip from Ohio was made in a covered wagon and consumed more than forty days. In the year 1869 he commenced the study of law under the tutorage of S. T. Woodward, of Elkader, while carrying on his regular farm work, and was admitted to the bar in May, 1873, and soon thereafter removed to his present location. In June of that year he opened the first law office in Lyon county. He was actively engaged in practice until 1893, and was conspicuous in all the prominent cases litigated in that section. His business was not confined to that county alone, but extended to adjoining counties, and his collections covered a radius of more than 100 miles. He was counsel for the board of supervisors during the stirring period of the defalcation of the treasurer of the county, during the settlement of which scenes having the smack of life in the woolly west were enacted. In 1876 he formed a partnership with his brother, T. C. Thompson, and the same was continued until 1880, when it was dissolved by mutual consent. He organized the Lyon County bank in 1877 under the style of J. K. P. Thompson & Co. The bank was reorganized in 1889, and the capital increased to $25,000, with Hon. William Larrabee and others as special partners, and O. P. Miller as general partner. The capital stock was increased from time to time until it reached its present amount, $100,000. Mr. Larrabee retired in 1893, the interest of the other special partners having been previously purchased by the general partners. He enlisted August 18, 1862, as a musi cian in Company D, Twenty-first Iowa volunteers, and served throughout the war with as much distinction as comes to the average soldier. He was engaged in the following battles: Hartsville, the running of the blockade at Vicksburg, bombardment of Grand Gulf, Port Gibson, was in the forefront when the pickets were fired upon, Champion Hill, the charge at Black River Bridge, assault and siege of Vicksburg, when he was under fire for forty days and nights. He was severely wounded in the assault on the works of Vicksburg, and was at the time within a few feet of his commander, General McClernand. After the surrender of the city, he was sent to Jefferson barracks hospital, and rejoined his regiment at Matagorda Bay the February following. He also participated in the Mobile campaign, was in the siege and assault of Ft. Blakely and Spanish Fort, the surrender of Mobile and the capture of Kirby Smith, having taken part in seven hard-fought battles, and participated in the most noted campaign of this or any other age.

He is a charter member of Dunlap Post No. 147, Department of Iowa, G. A. R., which he was instrumental in having named after his lieutenantcolonel, who was killed while gallantly leading his command on the works of Vicksburg. He is past commander of his post, and past commander Department of Iowa, G. A. R., having served in that capacity during the years of 1895-6. He also served on the staff of Commander-in-chief Vezy, and as aid of several commanders of Iowa. He was appointed lieutenant-colonel in the Iowa national guard on the staff of Governor Larrabee, again on that of Governor Jackson, and promoted to the rank of colonel by Governor Drake in February, 1896, which rank he now holds.

His father was an old-line democrat, but the son did not embrace the faith of the father. He cast his first vote for a republican, and has several times managed with consummate skill the campaigns of his county as chairman of the central committee. He was elected recorder of the county in 1875, and held the office for one term, although he had been in actual charge of the office since 1873, and was at one time in charge of all the county offices. He was nominated for the office of representative by the republicans of the Seventieth district, and was defeated by Hon. William Barrett, the democratic nominee, by only a few votes. There were only thirty-three votes cast against him in his own county. He is a member of all the Masonic orders, past eminent commander, a member of the Knights of Pythias, and a Son of the American Revolution. In nearly all of these orders he holds high official positions. He is a member of the Congregational church and a trustee of Iowa college. He was instrumental in establishing the Vicksburg National Military park, and has been a member of the provisional board of directors of the organization from the beginning. He was married to Miss Celestia A. Fobes, at Elkader, Iowa, November 18, 1869, who is also of revolutionary ancestry; her great grandfather served with great valor in the revolutionary war. They have three children, two daughters and one son: Lily Fofter Thompson Parker, Leta May Thompson and Hoyt Fobes Thompson. They are all graduates of the Ruck Rapids high school. The older daughter was a student at Cornell college. The second daughter graduated from Iowa college, where the son is now a student. He will soon enter Princeton. Colonel Thompson has been closely identified with the development of northwestern Iowa, and especially with Lyon county, having become a resident thereof a few months after its organization, and has borne a conspicuous part in its settlement. He bore evidence of his faith in its future by large investments in her rich soil, and by tenaciously clinging thereto. The result more than justified his faith.