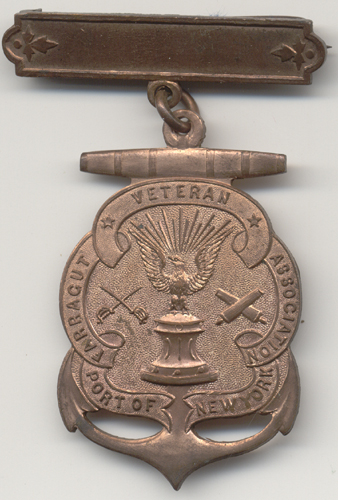 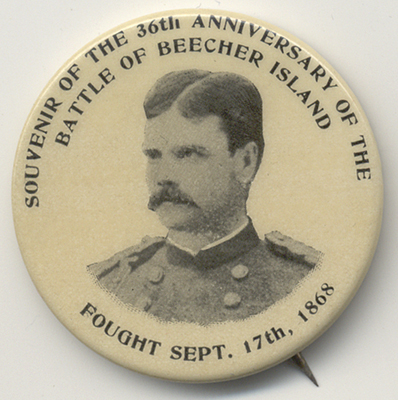 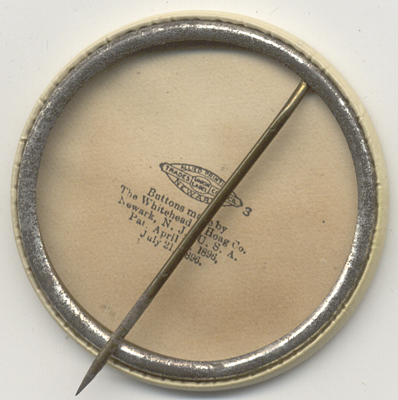 1 3/4" diameter depicting Lt. Frederick H. Beecher who was killed during the battle.

The Battle of Beecher Island, also known as the Battle of Arikaree Fork, was an armed conflict between elements of the United States Army and several of the Plains Native American tribes in September 1868. Beecher Island, on the Arikaree River, then known as part of the North Fork of the Republican River, near present-day Wray, Colorado, was named afterwards for Lieutenant Fredrick H. Beecher, an army officer killed during the battle.