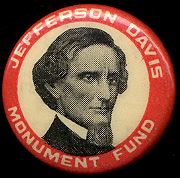 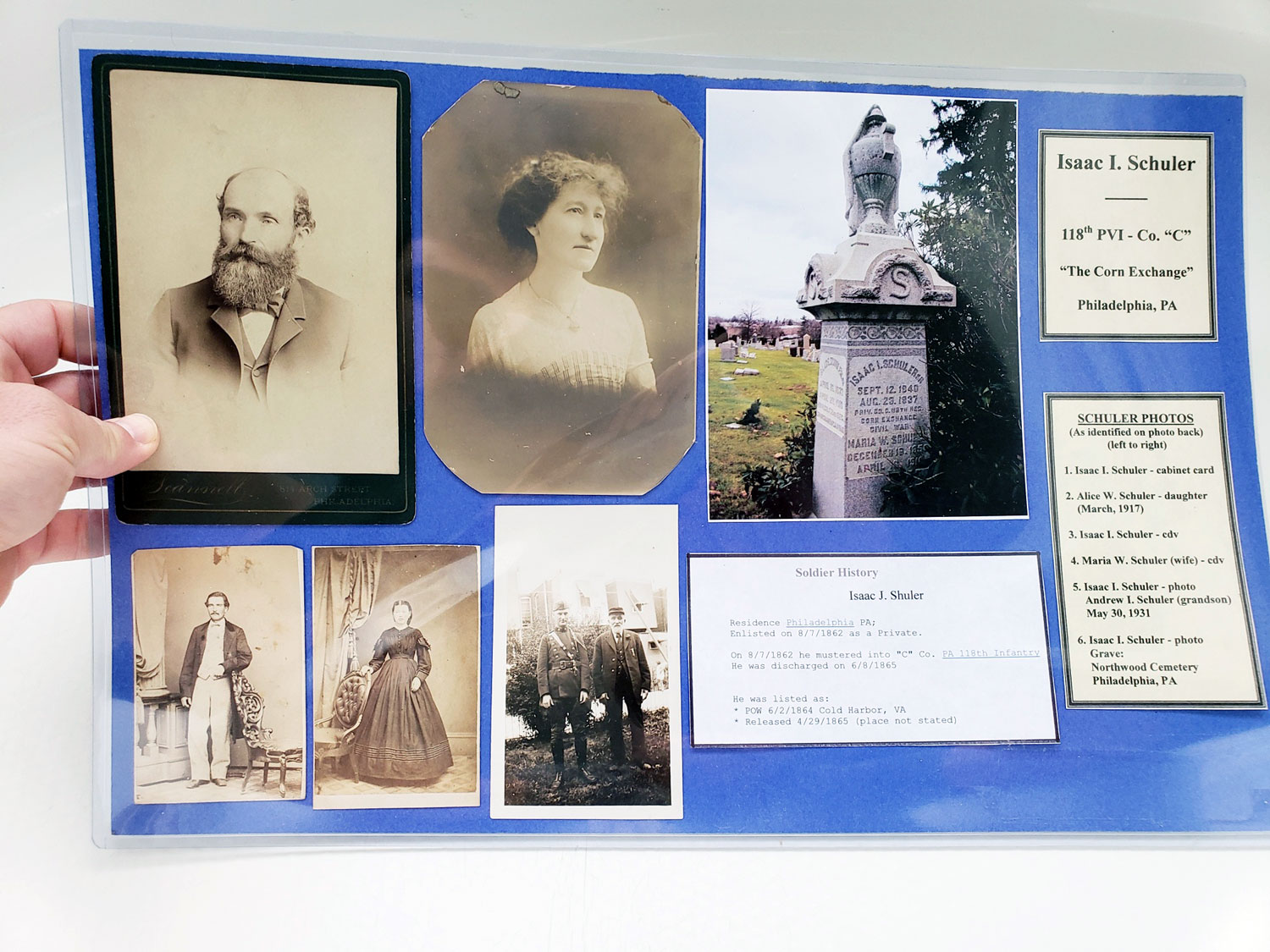 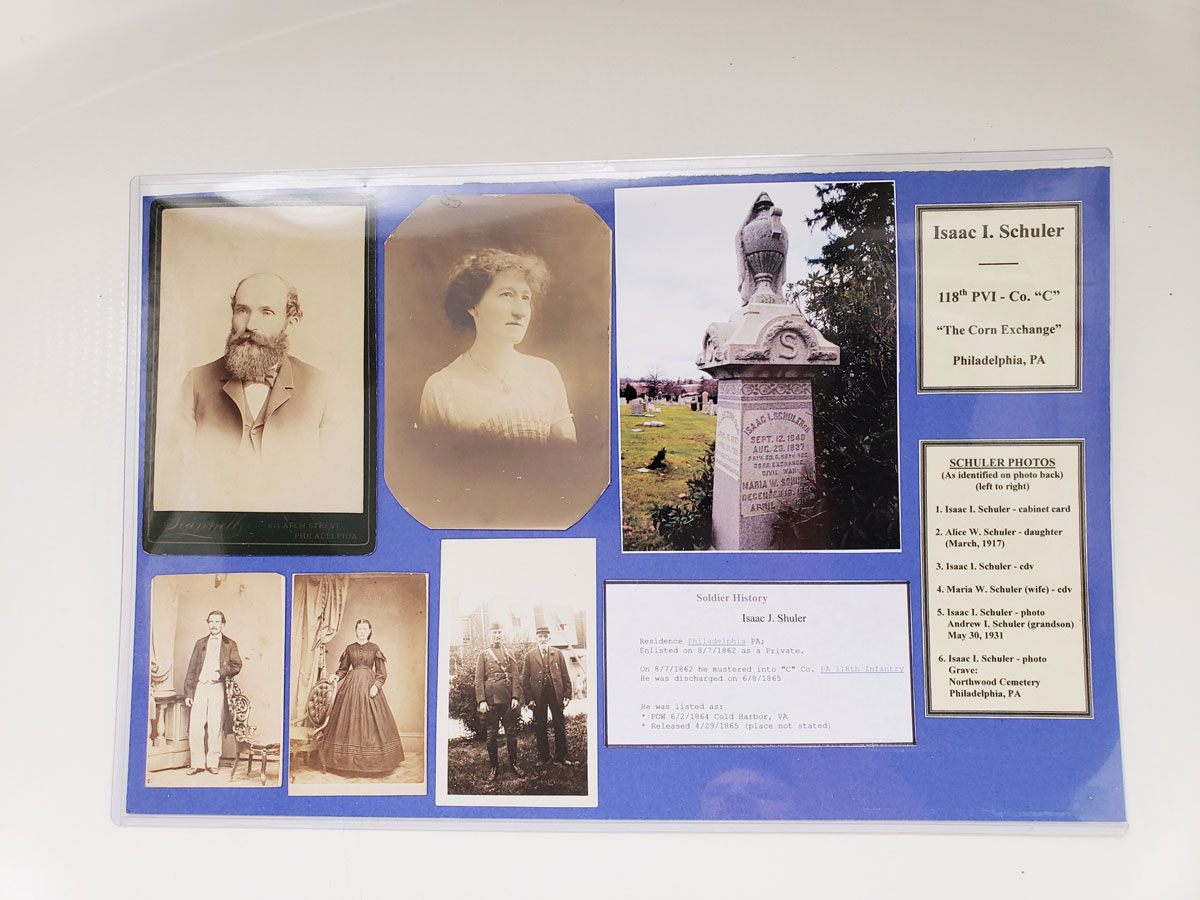 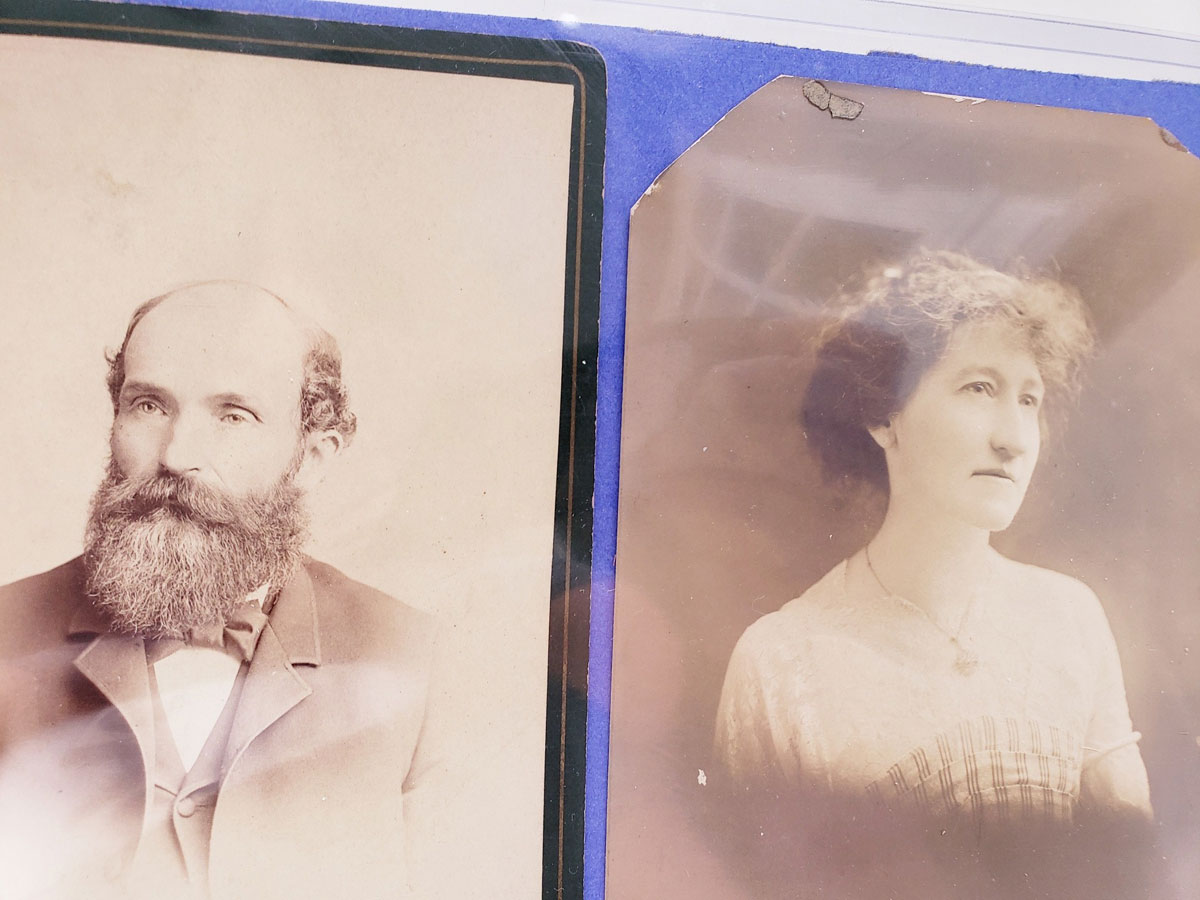 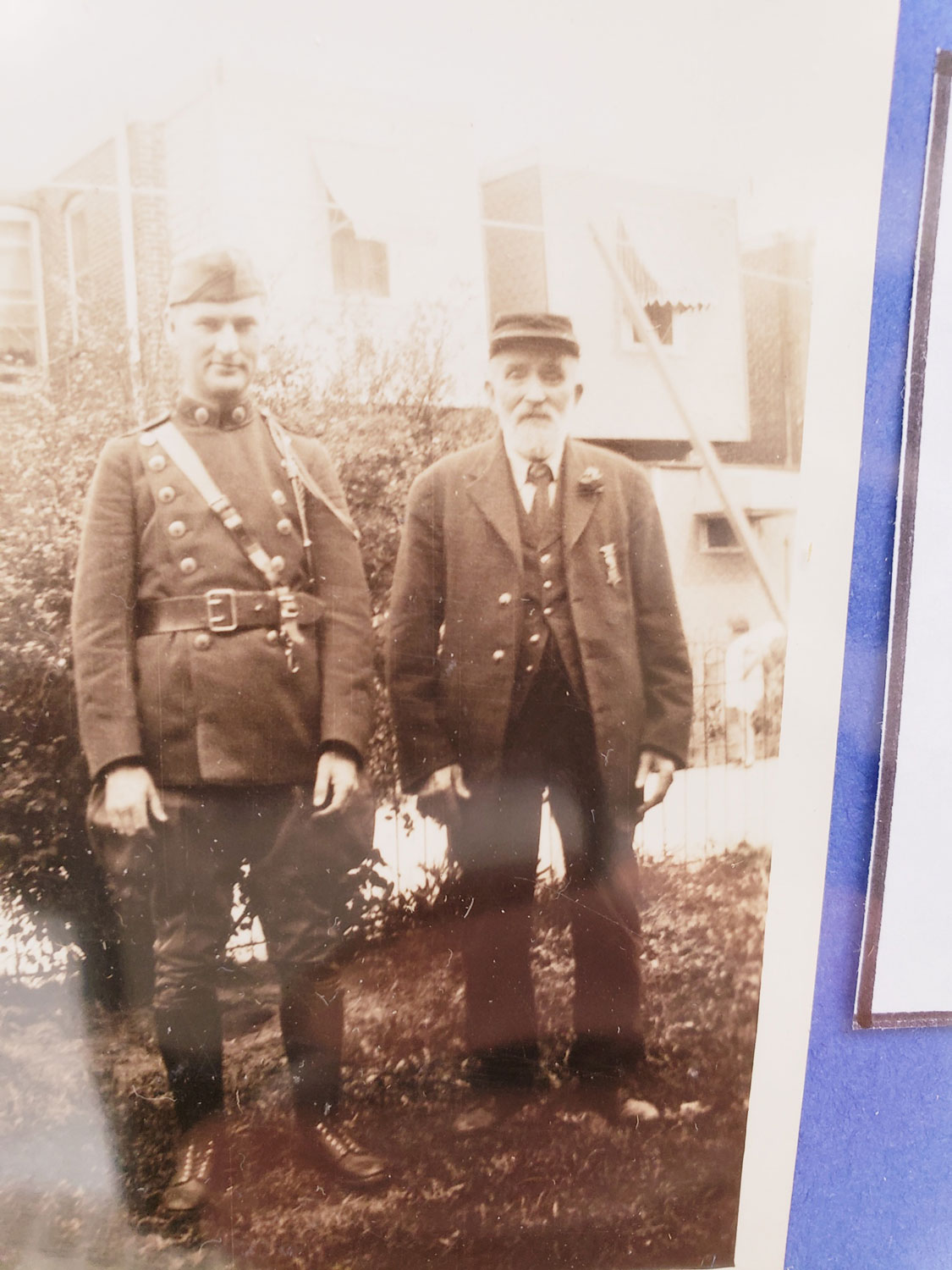 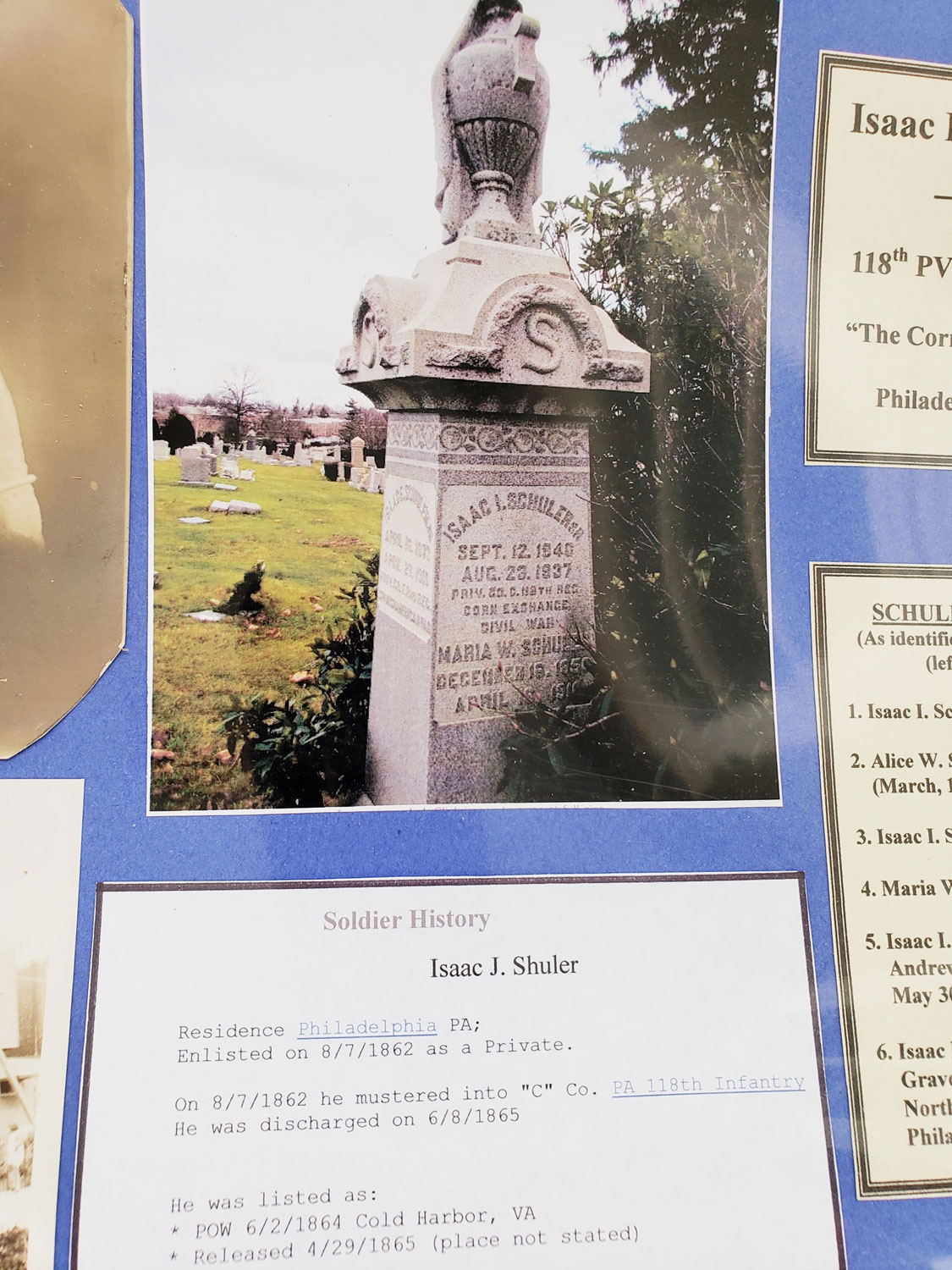 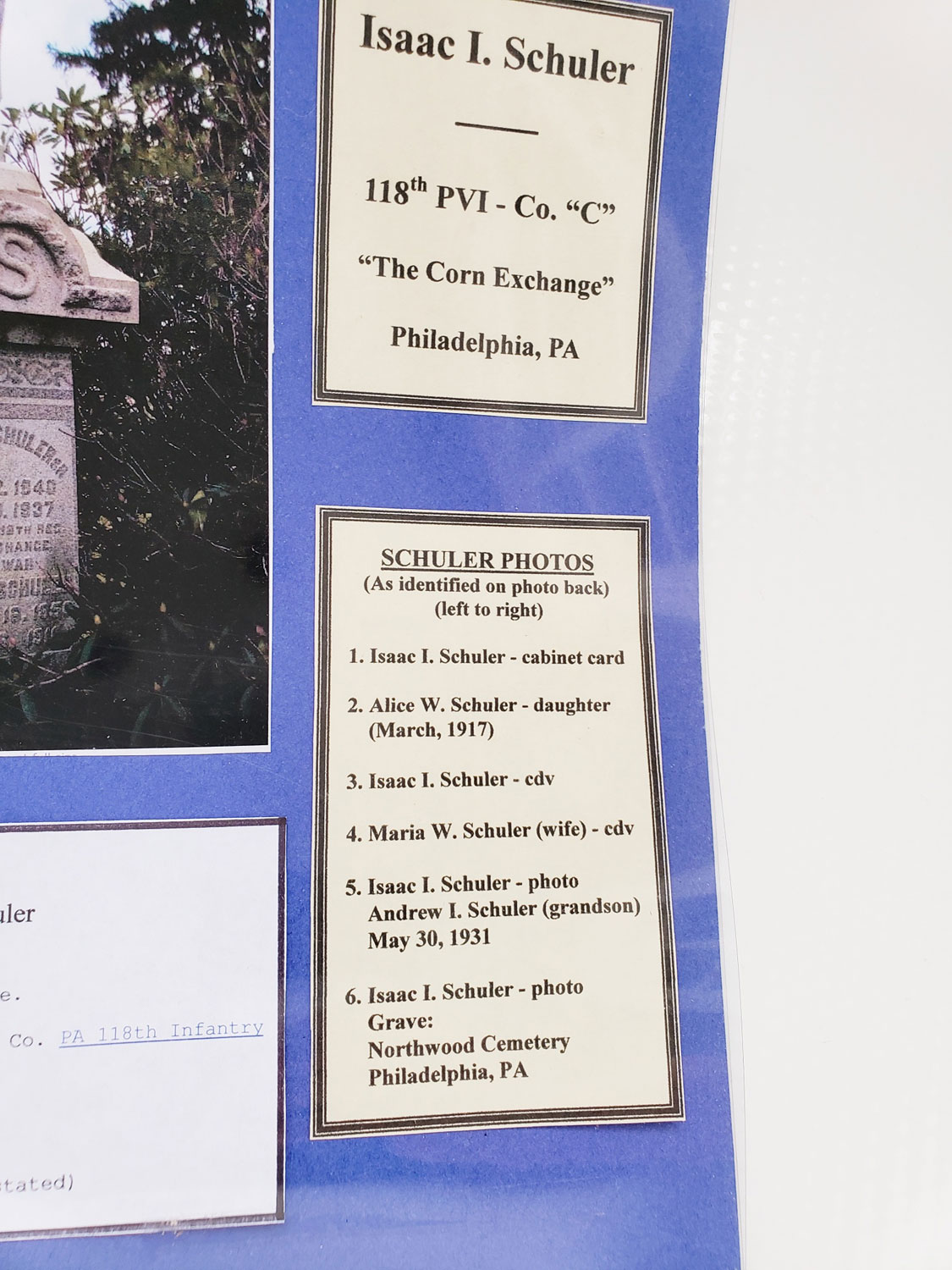 Click on an image to enlarge
NICE GROUP OF PHOTO'S ATTRIBUTED TO ISAAC I. SCHULER, LATE MEMBER OF THE 118TH PENNSYLVANIA VOLUNTEERS, CO.C ~ "THE CORN EXCHANGE" REGIMENT


The 118th Pennsylvania Regiment was a volunteer infantry regiment in the Union Army during the American Civil War. They participated in several major conflicts during the war including the Battle of Gettysburg, Siege of Petersburg, and escorted the truce flag of Robert E. Lee at the Battle of Five Forks. The regiment was led by Colonel Charles Prevost until he was seriously injured at the Battle of Shepherdstown in which Lieutenant-Colonel James Gwyn assumed command until the end of the war.It was also known as the Corn Exchange Regiment because a bounty of $10 for each man, as well as the funds necessary for raising the regiment, were furnished by the Corn Exchange Association with their hall at 2nd and Gold Streets in Philadelphia.

5 PHOTO'S PLUS PRINTED PHOTO OF HIS GRAVE MARKER LOCATED IN NORTHWOOD CEMETERY IN PHILA. PA ~