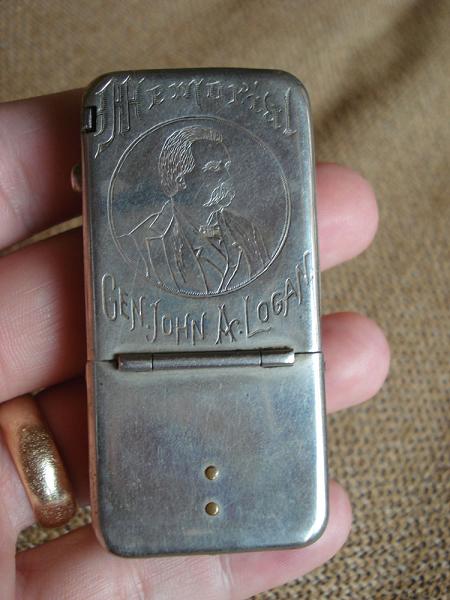 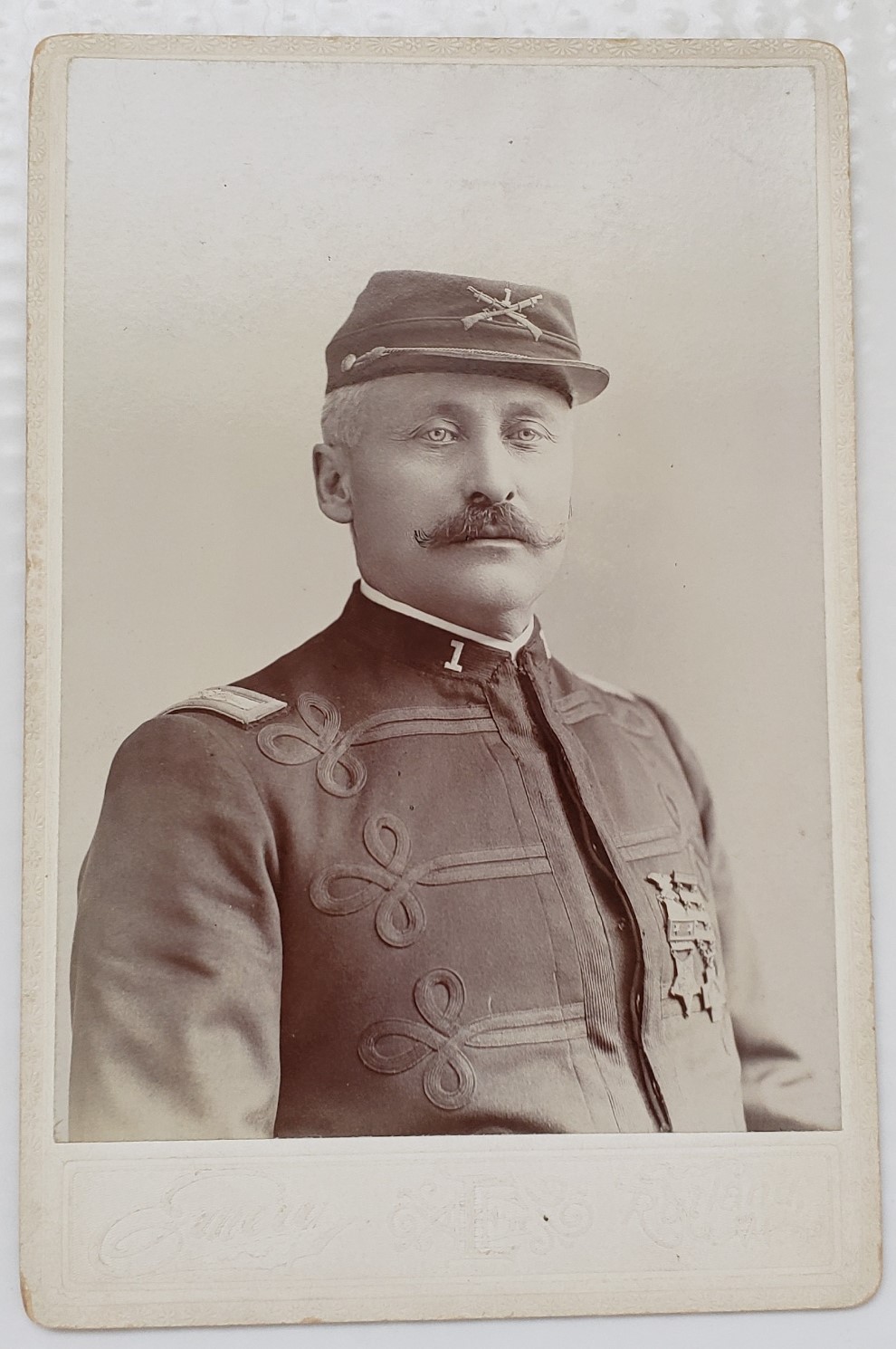 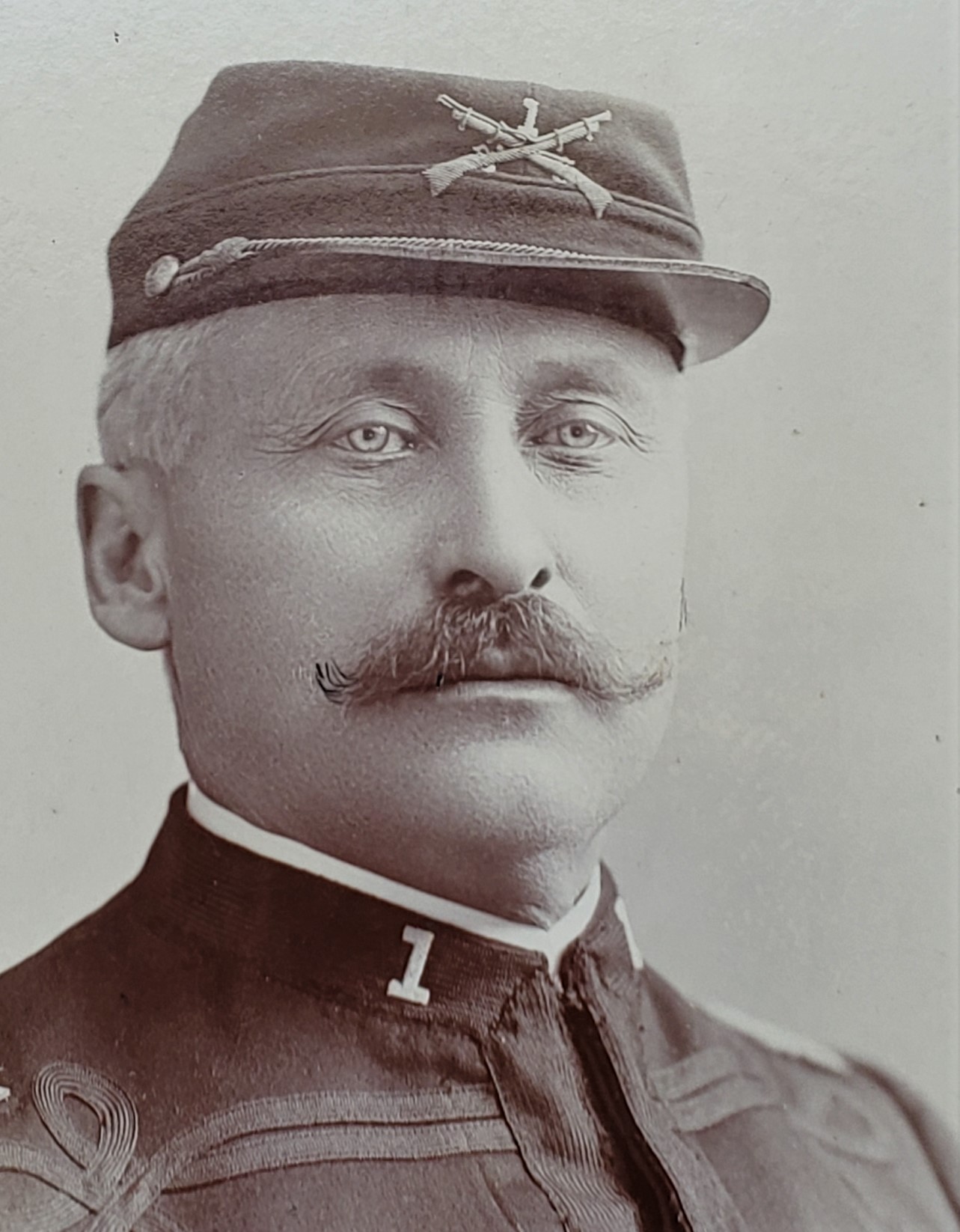 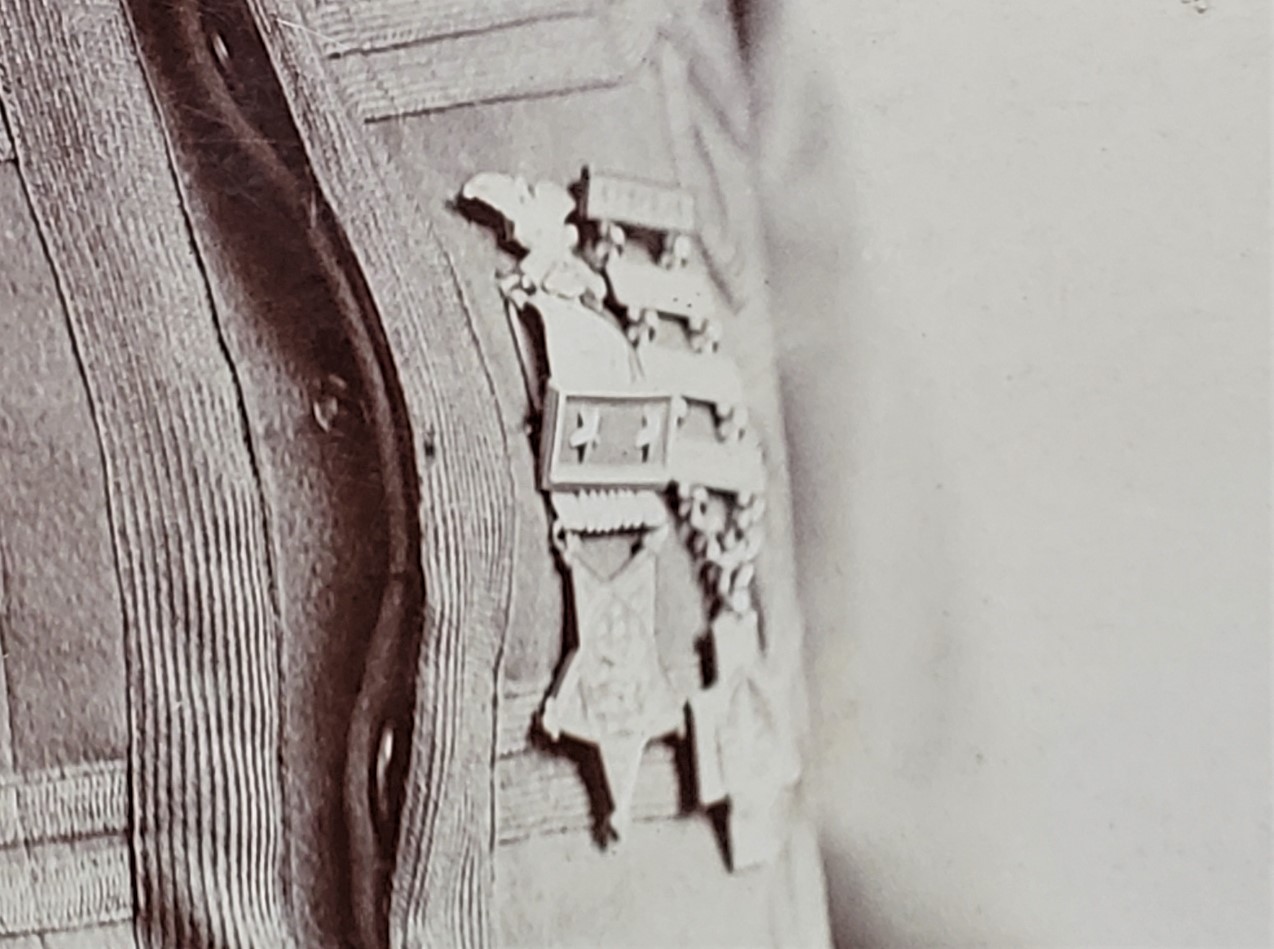 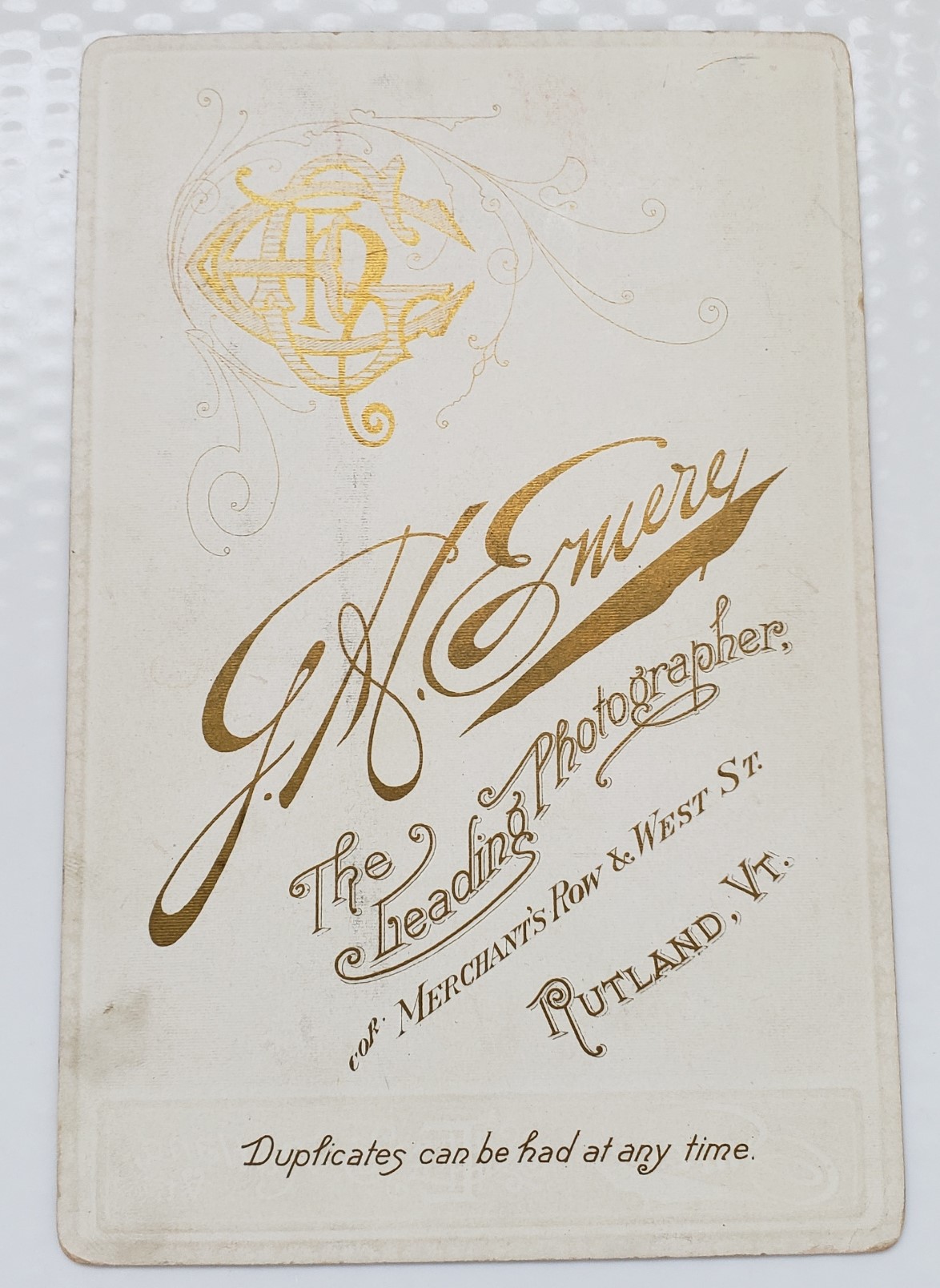 Click on an image to enlarge
CABINET CARD OF CHARLES C. KINSMAN, LATE MEMBER OF THE 4TH VERMONT INFANTRY.


Residence Brandon VT; 22 years old. Enlisted on 9/23/1862 as a Private. On 1/24/1863 he mustered into "D" Co. VT 4th Infantry He Resigned on 4/17/1863 Promotions: * 1st Sergt (As of Co. E) * 2nd Lieut 5/15/1862 (As of Co. D) Intra Regimental Company Transfers: * from company D to company E * 5/15/1862 from company E to company D Other Information: born 4/28/1840 in Brandon, VT died 3/5/1903 Buried: Evergreen Cemetery, Rutland, VT
Obituary
Source: Rutland Daily Herald, March 6, 1903:Charles Carroll Kinsman died at his home on Grove street at 2.30 o'clock yesterday afternoon, at the age of 62 years. Mr. Kinsman retired from business about a year ago on account of ill health, but his last illness was of about four weeks duration. The cause of his death was Bright's disease and heart trouble.Mr. Kinsman was born in Brandon April 28, 1840. He was the son of Caryl and Lydia Carr Kinsman. On September 4, 1861, he enlisted as a private in company E, 4th Vermont infantry. He was appointed first sergeant of the company and later was appointed to first lieutenant of company D of the same regiment. He resigned on account of ill health April 17, 1863. While in active service he took part in several important battles including Lee's Mills, Yorktown, Williamsburg, Goulding's Farm, White Oak Swamp, Crampton's Gap, Savage Station, Antietam and Fredericksburg.After his resignation from the army he returned to Brandon and on October 18, 1864, he married Miss Abbie M. Ross of that place, who survives him. Shortly after the marriage, Mr. and Mrs. Kinsman located in this city and Mr. Kinsman entered into business. For several years he was one of the partners in the dry goods firm of Kinsman & Ross, afterwards C.E. Ross and now Ross, Huntress Co.Among the associations with which Mr. Kinsman was prominently identified are Roberts post, No. 14, GAR; Knights of Pythias, Masons and Loyal Legion. He has held important offices in all of the organizations. He has filled every office in the Roberts post, and in 1884 he was elected department commander of the state GAR.For many years he was prominently connected with the state national guard, rising from private to colonel, and upon retirement he was brevetted brigadier general. He acted as captain of the local company for several years.A lasting monument to his memory is the soldiers' home at Bennington, which he was instrumental in organizing and to which he gave much time and thought. He had been secretary of board of trustees since its organization.Besides his wife, Mr. Kinsman leaves two sons, Carroll E. Kinsman and Frank R. Kinsman, both of this city; his father, Caryl Kinsman, who is 93 years of age, and a brother, Henry Kinsman. Both the father and brother live in Salisbury.The funeral will be held at the house Saturday afternoon at 2.30 o'clock. The burial will be in Evergreen cemetery. The Grand Army ritual will be used at the grave